The Imps got their EFL League One campaign to the perfect start this afternoon, two goals a clean sheet and three points on the board as they defeated Oxford United.

Karl Robinson’s U’s side provided a stern test for Michael Appleton’s men but quality in wide areas and some terrific defending and a goalkeeping performance to remember meant The Imps got no less than they deserved.

Anthony Scully was the man to make City’s first mark in the league, nodding home early in the first half before Adam Jackson sealed the deal with a late header of his own.

There were no less than seven EFL League debutants in the Imps’ side as the game got underway this afternoon at LNER Stadium. City were right at it from the off, Harry Anderson almost snook in following a moment of indecision from Simon Eastwood in the Oxford goal, but Elliott Moore managed to lash away, then a dangerous swerving cross from Sean Roughan teased through the box from the left flank just eluded the final touch from a player in red.

But we didn’t have to wait long as The Imps raced into the lead with just seven minutes on the clock, Anderson found space down the right flank, Anthony SCULLY nipped into space beyond his marker to power home his header. City were in the box seat, but the visiting side looked to pose a threat from set pieces, but Liam Kelly’s free kick placed into the box was headed away by Tom Hopper who was back defending manfully to retain The Imps’ lead.

Roughan was attacking with intent down the left and he was so close to getting another dangerous ball into the box from his overlapping run but the ball was adjudged to have just run out of play. Oxford were struggling to get anything like a chance out of the City defence were looking to utilise the set pieces throughout but the figure of Hopper was again twice in the way, denying his opposite number nine Matty Taylor from getting onto the ball.

The Imps were close to stretching their lead when Adam Jackson fed James Jones in central midfield, he looked up and slid it wide to Scully who tried an audacious cross/shot with the outside of his boot and it scooped just over the top.

As the first half wore on the visiting side started to grow in confidence and they were close to what could be said was their first real opportunity inside the City box, a right wing cross found its way into the danger zone but as James Henry lurked, Lewis Montsma thundered the ball away.

After a period where the game was very even, Simon Eastwood in the Oxford goal kept his side in the game with five minutes to the break. James Jones, took control around 30 yards out before looking up and smashing the ball at goal, it dipped and swerved but the outstretched arm of the U’s stopper just tipped it over the top.

The visitors were looking for any way sniff of an opportunity to level proceedings after the restart, a right-wing cross into the City box was marshalled by TJ Eyoma, with Matty Taylor in close attendance. The Oxford man went down claiming a foul but play continued. It was from wide areas where they had looked to get the breakthrough, Kelly the man on the set pieces for the visitors clipped the ball into the near post but City held firm with Anderson back helping out this time to clear.

Cameron Brannagan was the first to force a save from Alex Palmer, the Oxford central midfielder hit a thumping effort from fully 25 yards which swerved on its way towards The Imps’ goal but Palmer read the flight of the ball perfectly and saved low to his right. The City stopper was called upon again moments later, Mark Sykes took advantage of a fortunate ricochet to sneak into the area but Palmer stood tall to block at his near post.

Anderson and Hopper both were giving everything for the cause, chasing the ball as it looked to roll out of play twice in opposing territory when all looked lost with the latter winning a corner from nothing. The corner was swung in to the back post where Adam Jackson leapt but he was just shuffled off the ball.

With just under 20 minutes remaining, Scully won a free kick as he was hauled back by Oxford sub, Sean Clare, on the left of centre around 20 yards out, Jorge Grant lined up the free kick but his effort didn’t trouble Eastwood as it headed over the top. But City had started to again turn up the pressure on the visitors. That pressure built to a crescendo when The Imps did extend their lead, Hopper was brought down just outside the area and Jones delivered the ball right on the money as debutant Adam JACKSON did the rest, heading home and giving Eastwood no chance. 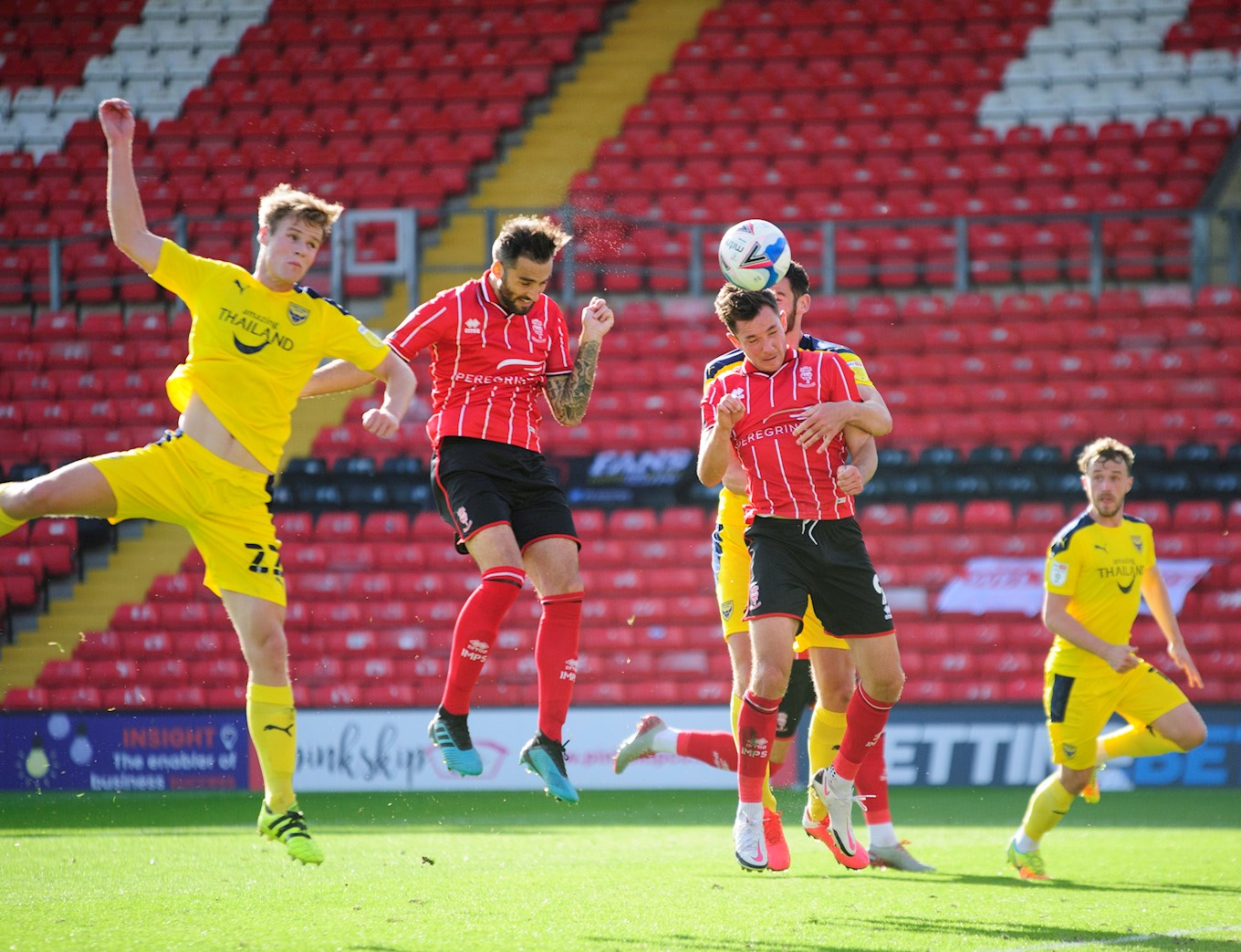 The U’s were close to a cutting the deficit within minutes when Brannagan smashed a low drive from the edge of the City box, Palmer who was unsighted as the ball came through a sea of legs somehow managed to get down to his right and palm away. City’s ‘keeper was to go even better by making two fantastic save with five minutes left, the first from a Taylor header, then as Sykes looked to snaffle up the rebound Palmer somehow showed cat like reactions to keep the ball out again.

Karl Robinson’s side kept pushing to get themselves back into the game but there was no way through, Jackson after earlier showing his prowess in front of the opposition’s goal, he showed his quality in the defensive third, hooking a very dangerous cross away deep inside the City box. That late defensive solidity epitomised a progressive and positive Imps performance and was no less than they deserved. 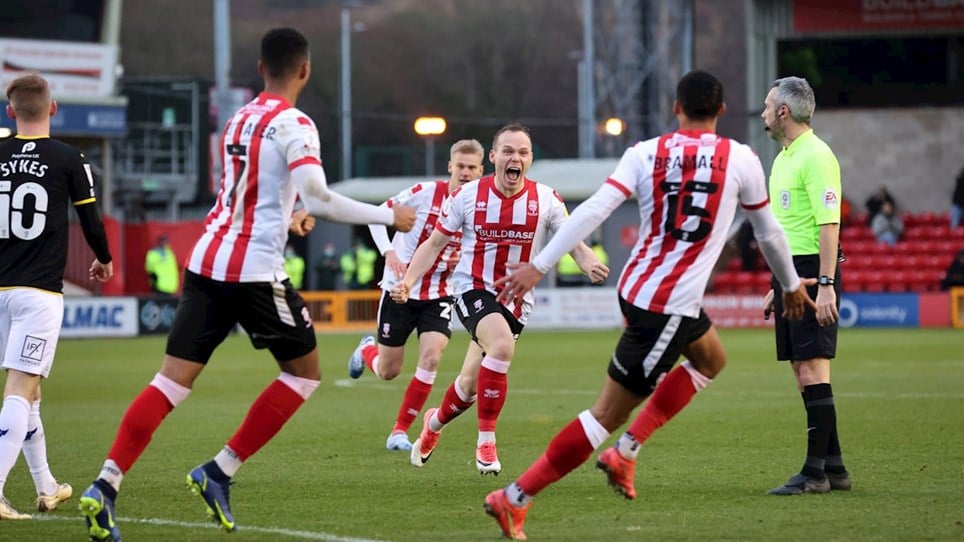 
The returning Anthony Scully and debutant Morgan Whittaker inspired the Imps to victory over Oxford United.