The Imps slipped to defeat this afternoon at the hands of hosts Oxford United at the start of a busy few days in Skybet League One.

A blockbuster of a goal by U’s number 16, Shandon Baptiste, just as The Imps were growing in confidence in the first half was to win the points for Karl Robinson’s side. City couldn’t breach the home defence despite a number of crossing opportunities, pushing right to the final whistle but it just wasn’t to be.

The Imps made one change from the side which faced Coventry City last weekend, Joe Morrell came back into the starting eleven, with Ellis Chapman swapping places with the Welsh international midfielder and taking a spot on the bench.

Oxford United also made one change from the team that started their last League outing, Matty Taylor coming in to the side with experienced striker Jamie Mackie dropping onto the substitutes bench. 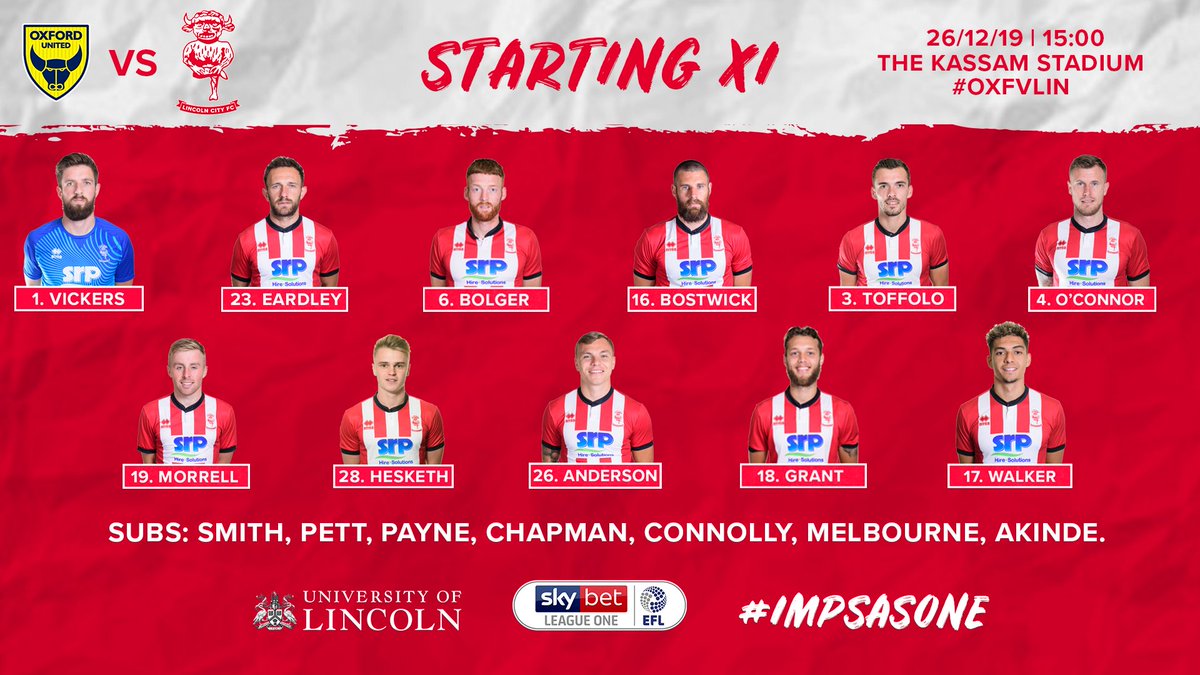 City began the game defending the end of the pitch without a stand, the same half in which their travelling supporters were situated, and although the atmosphere drifted almost out of the stadium it didn’t hamper the entertainment on the pitch.

The home side were showing their qualities which has seen them pick up plaudits this season aiming to monopolise possession somewhat, however, for all their early possession it was The Imps who were to get the first shot away. After nicking the ball on halfway, Jorge Grant was set on his way down the left, he cut inside before looking up to slide possession into Joe Morrell who tried one first time but it sliced wide of goal.

In possession City had to be precise and quick, both in their pace on the ball and in their movement. It was that speed of thought which gave a chance for Harry Anderson to get a shot away. Grant showed fantastic skill to backheel a low pass from Morrell into the path of Jake Hesketh, he slid the ball into the feet of Anderson, who used the run of Neal Eardley on the overlap to fool his marker and get a shot away but it was blocked by John Mousinho as it headed goalwards.  The game was very open and expansive from both sides, Taylor tried to force home a right wing cross but Michael Bostwick put in just enough of a leg to deny the number nine a true strike on the ball and it bobbled through to Josh Vickers who gathered gleefully.  Cameron Brannigan showed very quick feet to detach the close attention of Anderson to shoot but his effort skipped off the wet turf and wide.

Vickers then was called into action by the hosts number eight, Brannagan smashed a dangerous effort on target which appeared to be swerving with the help of the wind but the City ‘keeper did very well to save, diving to his right before palming the ball clear from danger.

After receiving the ball into his feet on halfway, Walker felt the full force of a challenge from Alex Gorrin from behind which left the City man on the floor needing treatment. He was back on his feet and set The Imps forward for the first of what was a flurry of crosses into the box, Toffolo pinged the first ball in which couldn’t be turned home before Eardley put in another dangerous centre which was inches away from Hesketh. For all City’s stout defensive work and growth in confidence which had brought a nervousness to the home support, there was nothing that Vickers could do when BAPTISTE let fly from distance as it arrowed into the top corner.

City kept plugging away for the equaliser with Eardley pinging in yet another ball into the Oxford area but the home defence kept Walker away from connecting with the cross as the first half came to a close.

Unchanged for the start of the second half, City started brightly pressing quickly when the hosts were in possession.  In comparison to the opening half in an attacking sense, the game wasn’t as free flowing with neither side able to really boss the game.

The Imps were plugging away, Grant and Toffolo linked well out wide on the left after Hesketh did well to force possession back the way of the visitors, the overlapping full back pinged in a hard cross which was well defended and the ball was quickly taken forward by the hosts who chanced their arm from distance James Henry though was to find Vickers alert to the danger as he saved low to his right.

John Akinde was introduced on the hour mark adding an extra prong to the Imps’ attack, O’Connor the man leaving the field. Eardley was showing all his experience, reading play well to try to fashion the next chance for the Imps, it resulted in Walker being brought down on the right by Baptiste. Over the free kick was Grant, his curling outswinger was met by Walker who leapt highest to try to turn the ball goalwards, Archer was flatfooted but the ball just went wide of the mark.

The Imps were growing in confidence, the home fans were getting a little restless and when Walker looked to have got the better of a trio of Oxford defenders, their fans all took a sharp intake of breath with Akinde also looking to assist his strike partner. However, Mousinho took things into his own hands and hauled back the City man to halt the attack resulting in a caution for the skipper.

Hesketh was replaced with just over 15 minutes to go, former Oxford player Jack Payne coming on for The Imps as more and more of the game was being played in home territory.  Akinde created a chance for Walker that took a deflection off a U’s defender before Archer clutched it to his chest as City were banging harder on the door than they had all game to this point. 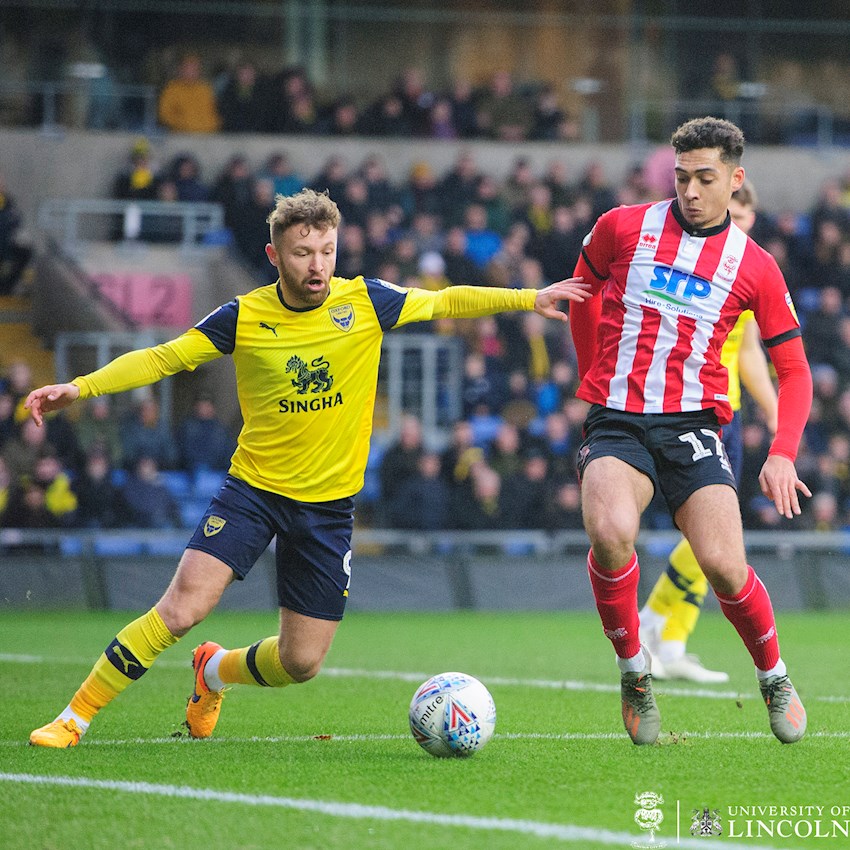 Oxford briefly rallied but it was The Imps finishing the game the stronger, Anderson won a corner for the visitors which didn’t trouble the home side initially but City won a free kick for a foul on Toffolo. Grant pinged in the set piece which brought another corner to the away side, again it was only half cleared as Michael Appleton’s side kept Oxford pinned into their own half.

Going right to the final whistle and winning a late corner City threw caution to the wind with Vickers involved in the six yard box, the ball cannoned off the Oxford upright as a host of City players went for the ball as The Imps threw everything at their hosts but the hosts just managed to cling on for three points.

Next up for The Imps is the visit of Ipswich Town to LNER Stadium on Sunday 29th December – If you can’t get to the game remember you can watch the game LIVE on WeAreImps iFollow for just £10 in full HD, with commentary from BBC Radio Lincolnshire Sport – For full details click HERE 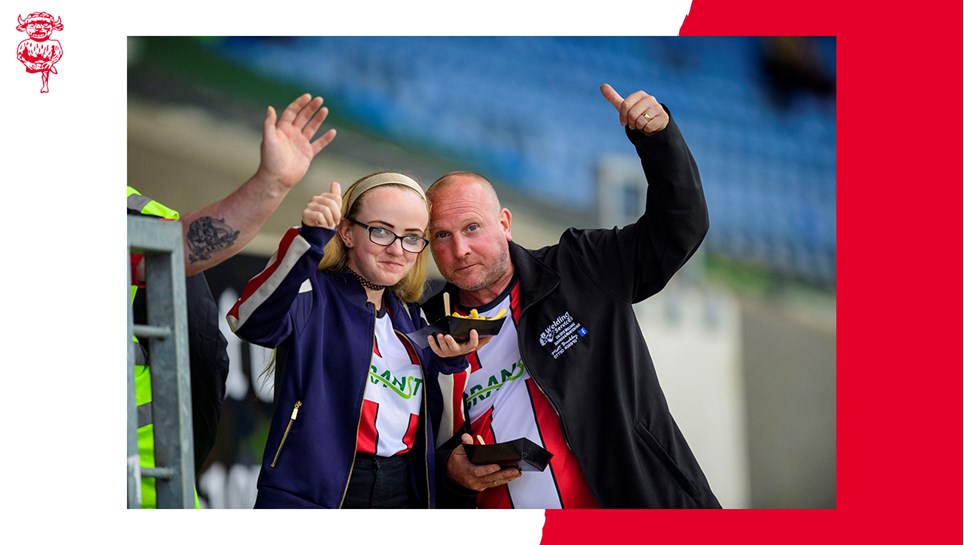 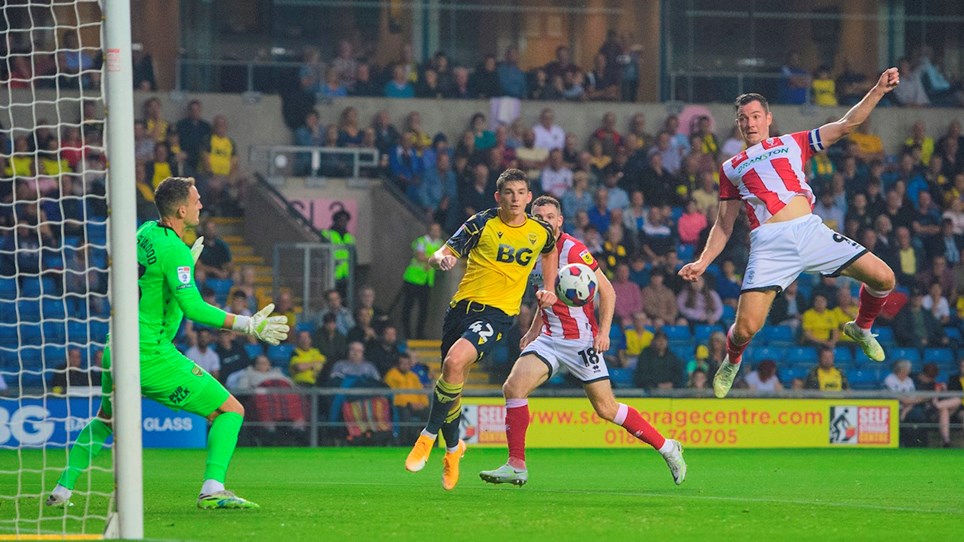 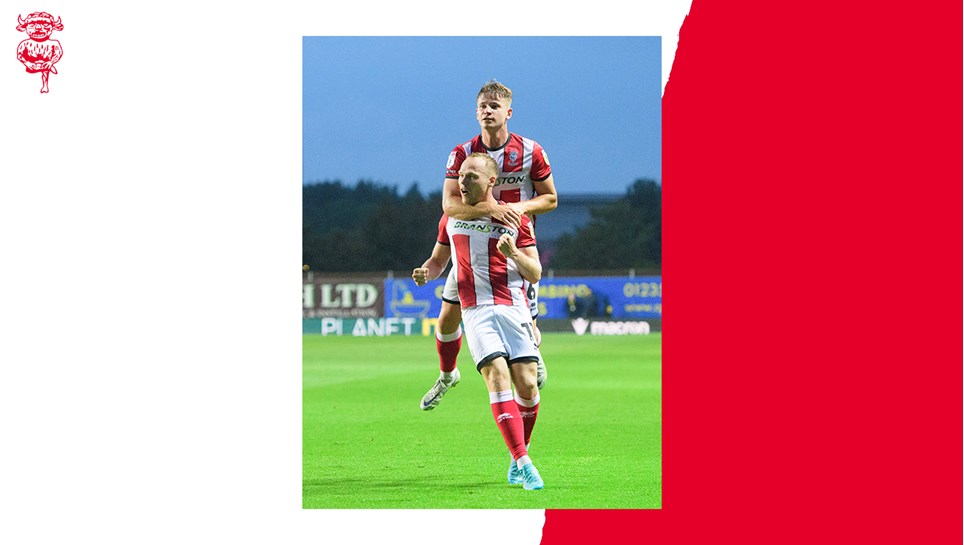