The Imps booked their place in the second round of the Emirates FA Cup following a confident performance against Forest Green Rovers.

Michael Appleton’s side had Jorge Grant to thank for a first half, two goal lead, his first was a thunderous effort that rocketed into the top corner before a cool penalty from the skipper, his 8th goal of the season. Brennan Johnson stretched City’s lead in the second half before Anthony Scully made it four. Mark Cooper’s side did pull a goal back late through Elliott Whitehouse, but Scully bagged his second of the game and then James Jones finished the City scoring off cementing The Imps' place in Monday's draw for round two despite Jake Young netting a second for the visitors with the final kick of the game.

City made a number of changes to the side ahead of kick off against Forest Green, one of the most notable changes being Theo Archibald making his first FA Cup start for The Imps against his former club.

Archibald was the man too who brought the first half chance for The Imps, bursting down the left flank before hitting in a low, outward curling cross which was in the corridor of uncertainty between Lewis Thomas in the Rover’s goal and the back four but it fizzed straight through untouched. However, the visiting side were close to getting ahead, Odin Bailey picked up possession deep in the City box before sidestepping and firing just over the top from around 12 yards.

Jorge GRANT however, took things into his own hands with just 17 minutes on the clock, picking the ball up around 35 yards from goal, the City skipper then stepped forward and lashed an unstoppable right footed strike right into the top corner. Tayo Edun clipped the ball into the feet of Brennan Johnson, but Liam Kitching just got there at the last.

The Imps though were to be given an opportunity to get a second and Kitching went from hero to zero for the visitors, Anthony Scully picked up play to the left of the Rover’s area and squeezed between Kitching and Udoka Godwin-Malife but the former pulled the City striker to the floor giving the referee no option but to award a spot kick.  Up stepped GRANT to sidefoot calmly to the left of Thomas and into the goal. 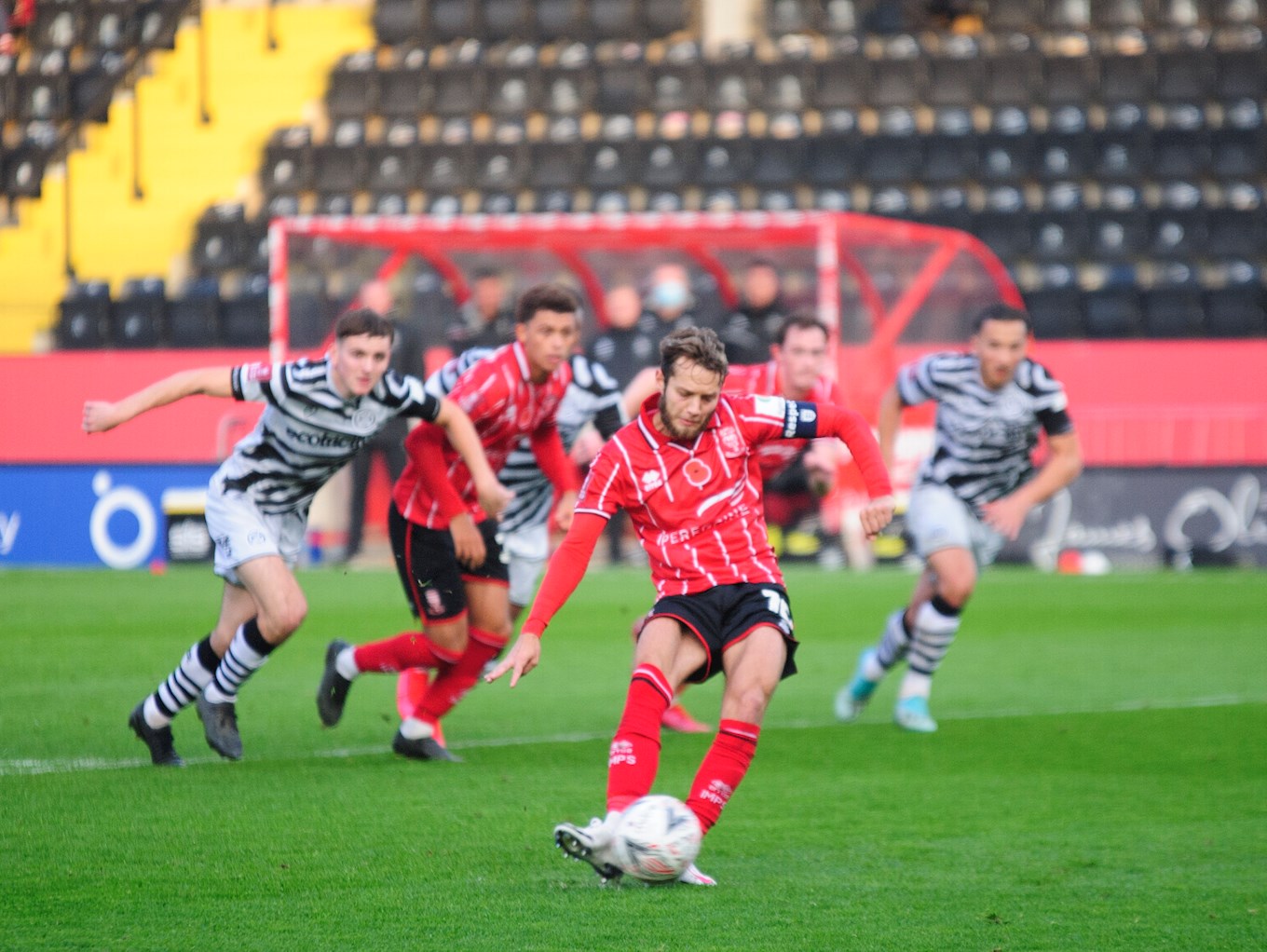 Michael Appleton’s side were confident and looking to put the game beyond the visitors, Harry Anderson did well down the right and played the ball inside to Scully who fired towards goal but it just crept wide.  Scully then turned provider as the young Irishman played a ball between the Rovers defence for Johnson, but he couldn’t quite lift the ball over Thomas from the right-hand side of the box.

City were dominating possession and the game and just ahead of the break it was almost three, first Johnson was denied from inside the box by Thomas, the ball fell to Robbie Gotts who hit the ball first time but Dan Sweeney was in the way as it flew towards goal.  Rovers almost pulled a goal back ahead of the break, Jake Young pounced on a crossfield ball at the edge of the box but was snuffed out at the vital moment by a combination of Adam Jackson and Sean Roughan both sliding in to block.

In the second half the visitors came out with a little more vigour in their play than had been seen in the opening 45 minutes and were to go quite close as Matty Stevens looked to steal a march on the City defence inside the box, but Roughan was there closing the striker down, Stevens could only steer the left wing cross wide.

Grant was close to unlocking the Rover’s defence with a slide rule pass for Archibald to get in behind and shoot but City’s number 14 screwed it just wide of the target as chances weren’t as forthcoming as earlier in the game but when the next opportunity was to come The Imps way it was to be finished in some style. Archibald fed the ball into the feed of Johnson, the striker showed trickery to drift in from the left-hand side, he shaped to shoot but feigned which created the space and JOHNSON had the time to cut the ball back across the ‘keeper and into the bottom corner.

Archibald almost scraped the top of the bar with a shot from distance, before the visitors came in search of what looked like to be a consolation working the ball down both flanks, but there was no way though for Mark Cooper’s side beyond Max Melbourne and Anderson on the left and right respectively.

The Imps on the otherhand were looking very confident going forward and the fourth goal typified that, Scully played the ball into the feet of Johnson who backheeled, James Jones did the same and SCULLY did the rest.  Within moments of the restart Anderson almost got a fifth for Michael Appleton’s side but Anderson’s lung busting run forward ended with his effort agonisingly going into the side netting. 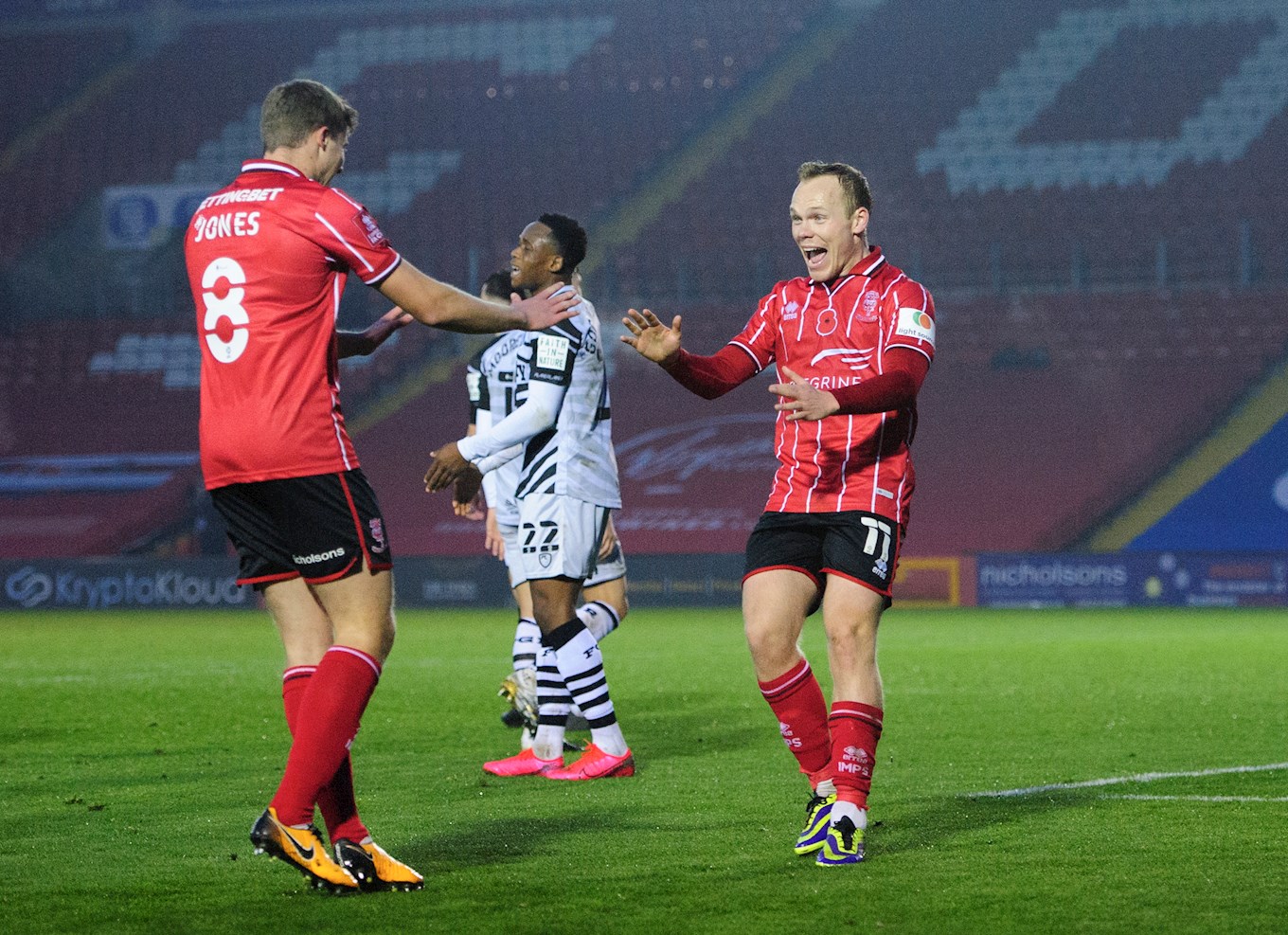 Rovers did manage to pull a goal back with just under ten minutes to go and it came from former Imp, Elliott WHITEHOUSE, Aaron Collin’s high cross caused problems and Whitehouse managed to sidefoot home from inside the area.  City weren’t finished though, Anderson showed tremendous tenacity down the right, refusing to be baulked in his attempts to get forward before pulling the ball back to SCULLY to sidefoot home. JONES netted City a sixth in stoppage time, turning and finishing after Anderson's low effort had been saved by Thomas before rebounding to The Imps' number eight, but with the last kick of the game YOUNG netted a second for the visitors. 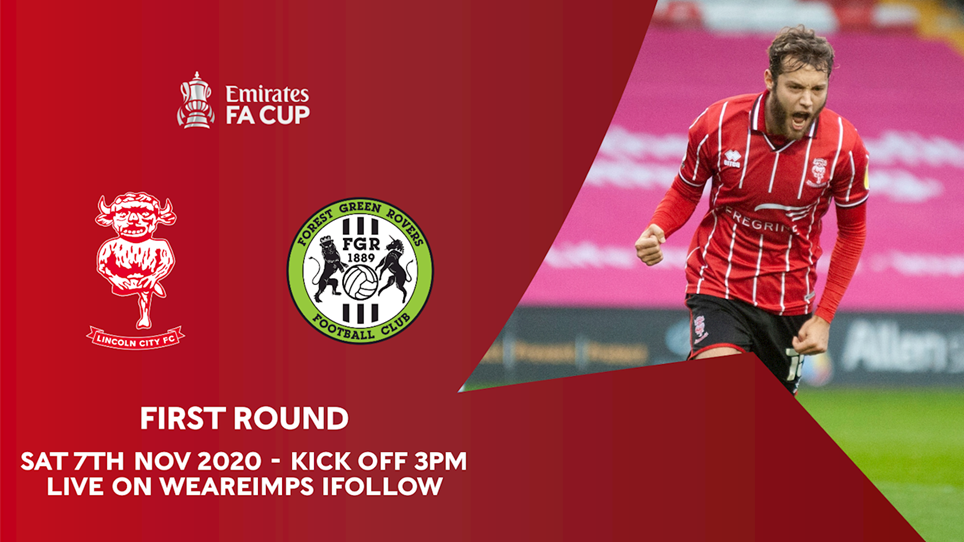 
This weekend's game against Forest Green Rovers in the first round of this season's Emirates FA Cup is available to watch for Domestically based Imps' supporters on iFollow.