Michael Appleton was happy to see his side grind out victory this evening at LNER Stadium against Wigan Athletic as they came from behind to take the points.

Whilst the manager says manner of the win wasn’t particularly pleasing on the eye it’s good to be able to win even when you’re not at your best because it’s about picking up points first.

“You’ve only got to look at last Saturday and the performance, I know we lost the game but I thought we were outstanding and that’s the thing about football you never know. We could have won four games with our performance (at Plymouth) but we didn’t.  So today was a massive three points.” Michael said.

The City boss thought that the game went a little flat and Wigan took advantage of that, but was delighted with the moment of magic from his captain to restore parity and would have loved the supporters to have been in the stadium to see it.

“For whatever reason for ten minutes or so it was a little bit flat, we gave a poor goal away and I was contemplating making changes and wishing and thinking at the time if this place was full it would be a help to me right now. But I think Jorge showed his quality and once he did that, for the last 20-25 minutes we were very good and it was only a matter of time before we got the second."

Tom Hopper was Michael’s pick of the Imps squad on the night and was thankful that his endeavour and effort was rewarded with a goal which was more than deserved. 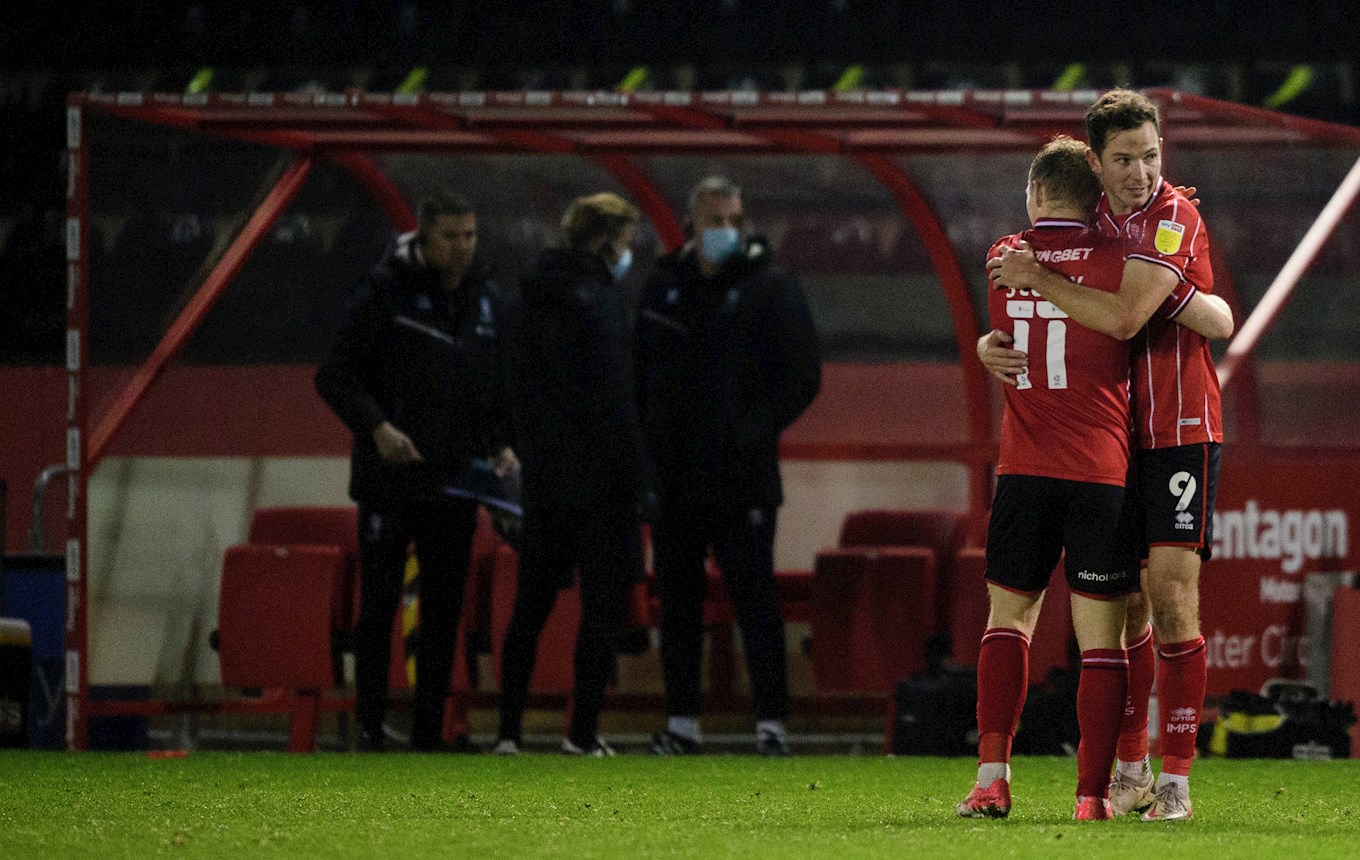 “I’m delighted for him, even if he wouldn’t have scored tonight he was our best player by a long shot. Not just because of what he did in possession but out of position he was excellent, he was almost doing my job on the pitch at times. When I was disappointed at the lack of physicality on the pitch, he was making sure the players were aware of that. Hats off to him tonight he got his reward, he got his goal and I’m delighted for him.”

City are next in action in SkyBet League One against Rochdale on Saturday at the Crown Oil Arena and you can see the game LIVE on We Are Imps iFollow, to get your match pass ahead of kick off CLICK HERE