Looking ahead to this weekend’s game against Blackpool at LNER Stadium, manager Michael Appleton is excited at the prospect of getting his side back out onto the pitch following the midweek win over Bolton Wanderers.

Saturday’s opponents, Blackpool, were the first team who Michael led The Imps out against following his appointment as City manager back in September and he’s expecting a similarly tough game to that first meeting this weekend. Although City slipped to a 2-1 defeat that night, the City manager says that was just the start of an ever evolving process which still has a long way to go.

“They [Blackpool] play in a similar way, but they do have the ability to change the formation. We’ve seen that this year, you look at the way they set up on Tuesday it doesn’t mean they’re going to do the same against us as they came up against a Championship side in a good vein of form, Reading. Let’s see what happens. We’ll be prepared, we’ll concentrate on us but we’ll be very mindful and respectful that it’s going to be a difficult game.”

Since that narrow defeat to the Seasiders at Bloomfield Road in the first meeting between the sides, Michael says that his side have changed and highlighted that the mini ‘break’ in October from games due to the elements and cancelled fixtures really did give everyone the chance to have a little clarity of thought to head into the remainder of the season focussed and better prepared.

“It does take time as we all know. I’d like to think where we are now as a group, to where we want to be in 12 months’ time will also be very different but it’s been very hard to argue with performances and results from say ten games ago when we had the chance to take stock of what we’ve got.”

Whilst having three games in a week is difficult in terms of keeping things a little fresh in the squad, the City manager is keen to ensure everyone is as refreshed and ready to go come kick off. He went on to add there could be another bonus over coming weeks as club captain Lee Frecklington is closer to a return.

“In the modern-day game, there’s something called second day recovery after a game on a Tuesday night, so you don’t get to do much of an opportunity on a Thursday to do much tactical work.

“Hopefully Frecks might be on the grass with us pretty soon, obviously it’s been a frustrating time for everyone, himself and us. We’re expecting him to do a little bit today and tomorrow, but it’s going to be the basic stuff so that’ll be the warm up and the non-contact stuff. How far are we away from him getting fully involved? Possibly a week or so.”

Tickets are still available for this weekend’s game at LNER Stadium against Blackpool, to get your hands on a ticket visit Lincoln City Eventbrite HERE or visit the club store. 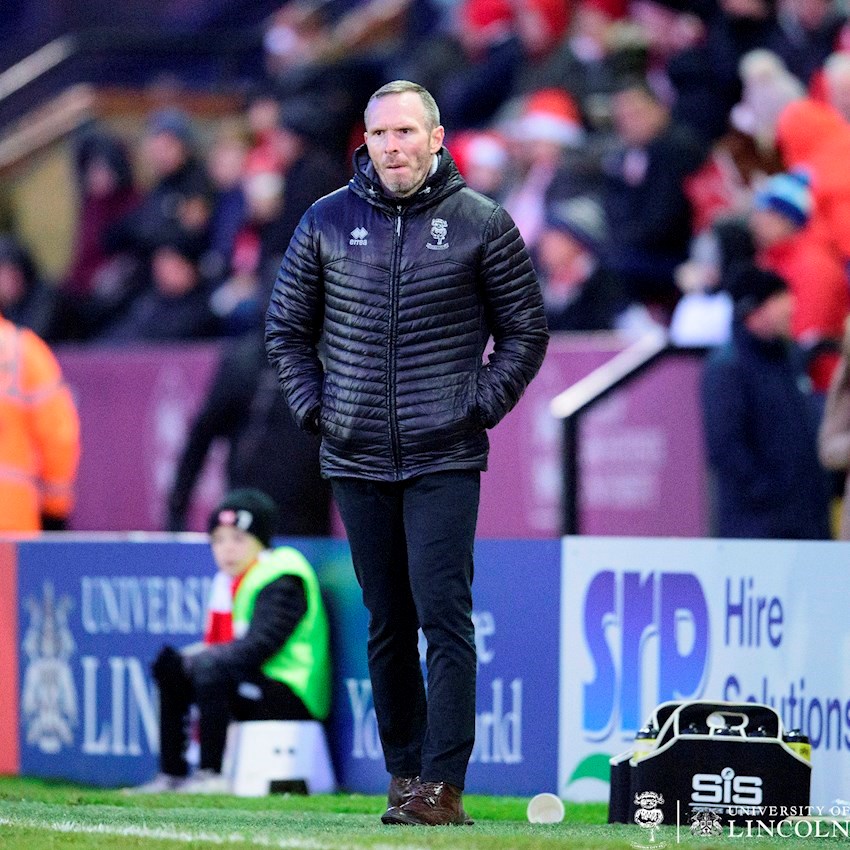 "Delighted for the players"


City manager Michael Appleton spoke of his pride in the side picking up their second win in a week and a second clean sheet after the win over Tranmere Rovers.