The Imps manager was happy to get back to winning ways after another tough away trip this evening at Swindon Town. Although he admits whilst his side weren’t completely at the races three points was probably the right reward for his side’s effort.

“I think it’s fair to say we were far from our best. It wasn’t particularly eye catching from both sides really but I suppose on the back of the frustrations that we had on Saturday (against Accrington), to come here and get the three points was probably the most important thing.”

However, the standards the squad have set mean that there was still an air of frustration in the dressing room at full time but Michael says he likes that his players showed an added hunger and desire to continually strive to be better even after picking up the victory.

“The players are slightly frustrated because of the standards we have set but there’s more than one way of winning a game of football and you have to use different techniques to do that. We’re always looking to better ourselves and improve and that’s a good habit to have.

“It was one of them where I don’t think we looked like we were going to concede tonight, but we lacked a little quality in the final third again and we have to get better as we won’t be allowed to win games one-nil like we did tonight, time and time again.”

Another clean sheet is something which Michael was particularly pleased about, not only does it show his sides defensive solidity, it provides the best base possible to continue positively over a busy December schedule of fixtures where every player will have to take care both on and off the pitch.

“It’s really pleasing how many clean sheets we’re getting. It’s great, and we’re in a good position we’ve given ourselves a great opportunity and platform to build on.

“The players are aware we’ve got a game every three days now, I’ve asked them to prepare properly not only with what we do with them but how they eat, drink and look after themselves in between games. If we do that then I know we’ll be at it."

City are back in FA Cup action this weekend as we travel to take on Plymouth Argyle at Home Park. The game against The Pilgrims is exclusively LIVE on We Are Imps iFollow this weekend for domestically based Imps for £10, whilst international fans can purchase an audio match pass. To get your match pass ahead of the game CLICK HERE 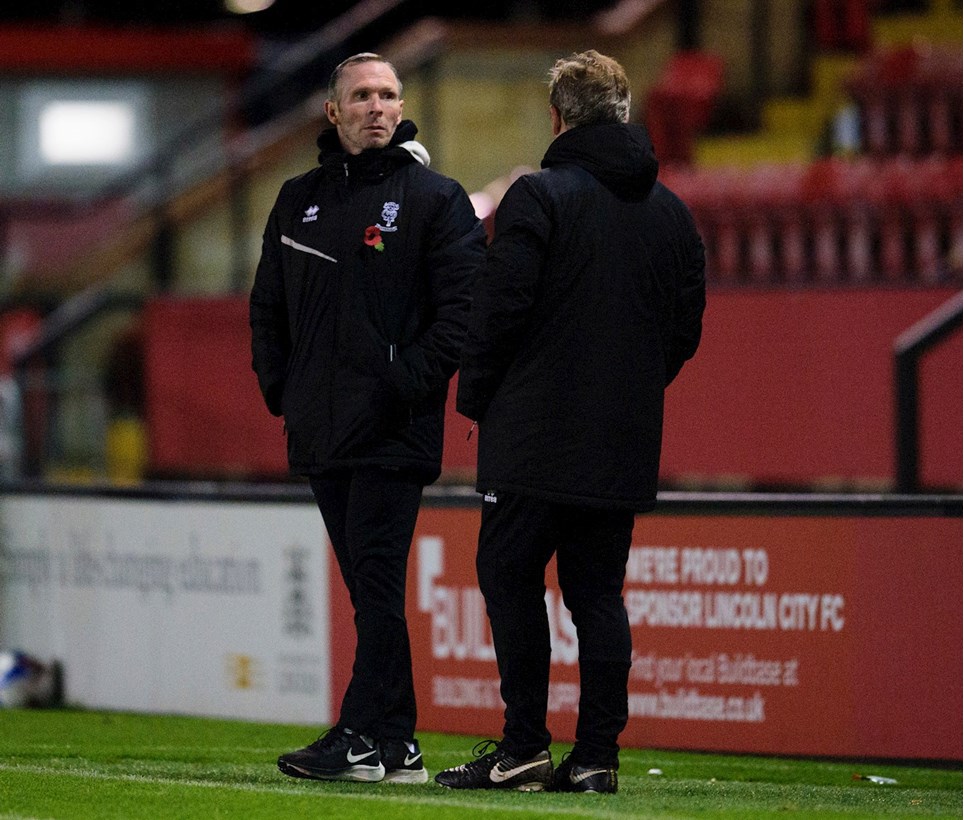 Michael Appleton: It was a learning experience


City manager Michael Appleton was naturally disappointed to see his side defeated against Portsmouth at LNER Stadium but insists his squad will learn a lot from the experience.