We are pleased to announce the permanent signing of Regan Poole from MK Dons for an undisclosed fee.

The 22-year-old right back has signed a multi-year contract with the Imps and will be available to play against Gillingham in Sky Bet League One on Friday 5 February.

Regan started his career with Newport County, making his professional debut aged 16. The defender was then signed by Premier League side Manchester United in September 2015.

Following loan spells in the Football League with Northampton Town and Newport County, Poole switched permanently to MK Dons in June 2019 where he made 51 appearances, scoring three goals.

The full back who can also operate at centre back, is capped at U21 level for Wales having made 23 appearances for the Young Dragons between 2016 and 2020, he has also received call ups to the senior squad on a number of occasions.

Speaking about signing for the Imps, Regan said: “I am delighted, the club is a project I wanted to be a part of.

“I can play in a number of positions, I like to play forward from the back and the football the manager plays suits me, I am really excited to get going. I want to get playing and help the club do well.”

Michael Appleton spoke highly of the new arrival at LNER Stadium saying: “I am delighted that we have been able to bring Regan to the Club.

“He’s a talented young player who again gives us options but ticks a lot of boxes in what we are looking for, he’s a very athletic player and someone who is comfortable on the ball.

“At 22-year-olds, Regan has plenty of room to improve even further, and I am really looking forward to working with him.”

If you would like to sponsor Regan Poole for the 2020/21 season, please contact our commercial team via commercial@theredimps.com. 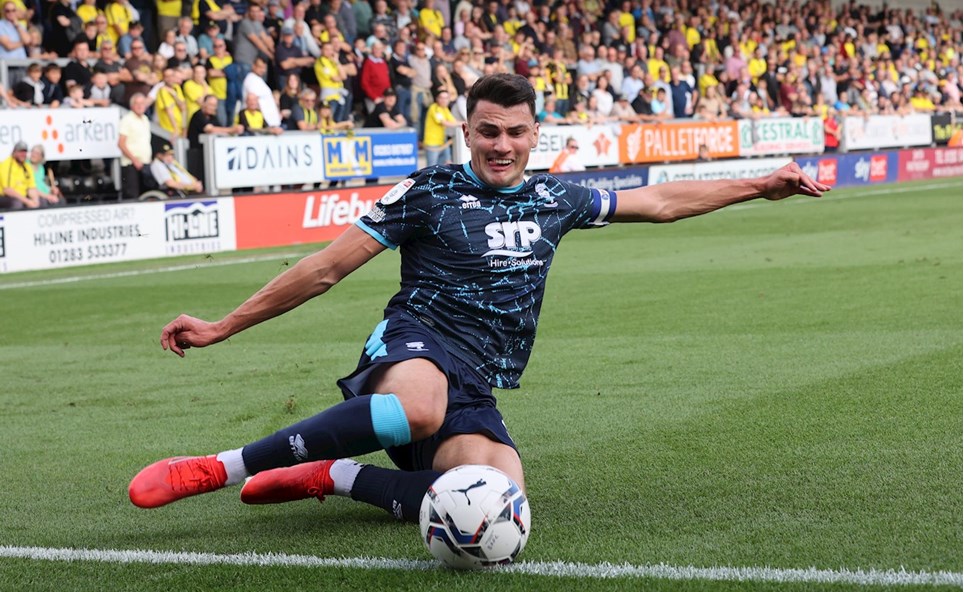 
Regan Poole captained the Imps for the first time against Burton Albion - and it was a moment to remember for the full-back as City came out 2-1 winners  at the Pirelli Stadium.