Tyreece John-Jules is enjoying life at LNER Stadium after arriving on loan from Arsenal this January. The 18-year-old scored on his home debut for the Imps as they beat Blackpool 1-0 in SkyBet League One action.

John-Jules explained how it was a great feeling scoring his first professional goal, especially in front of the fans at LNER Stadium.

“I was buzzing to score, it was a good pass from Tyler, I was hoping he’d look up and see me and he did. I had to make sure my first touch was good, that was key, and then I managed to score.

“The crowd were going crazy; it was something I wasn’t used to but I’m sure I can get used to it. I didn’t expect the fans to be that crazy, but it was brilliant, they didn’t stop. It is one of the best atmospheres I have ever seen, I enjoyed celebrating in front of the fans in the corner.” 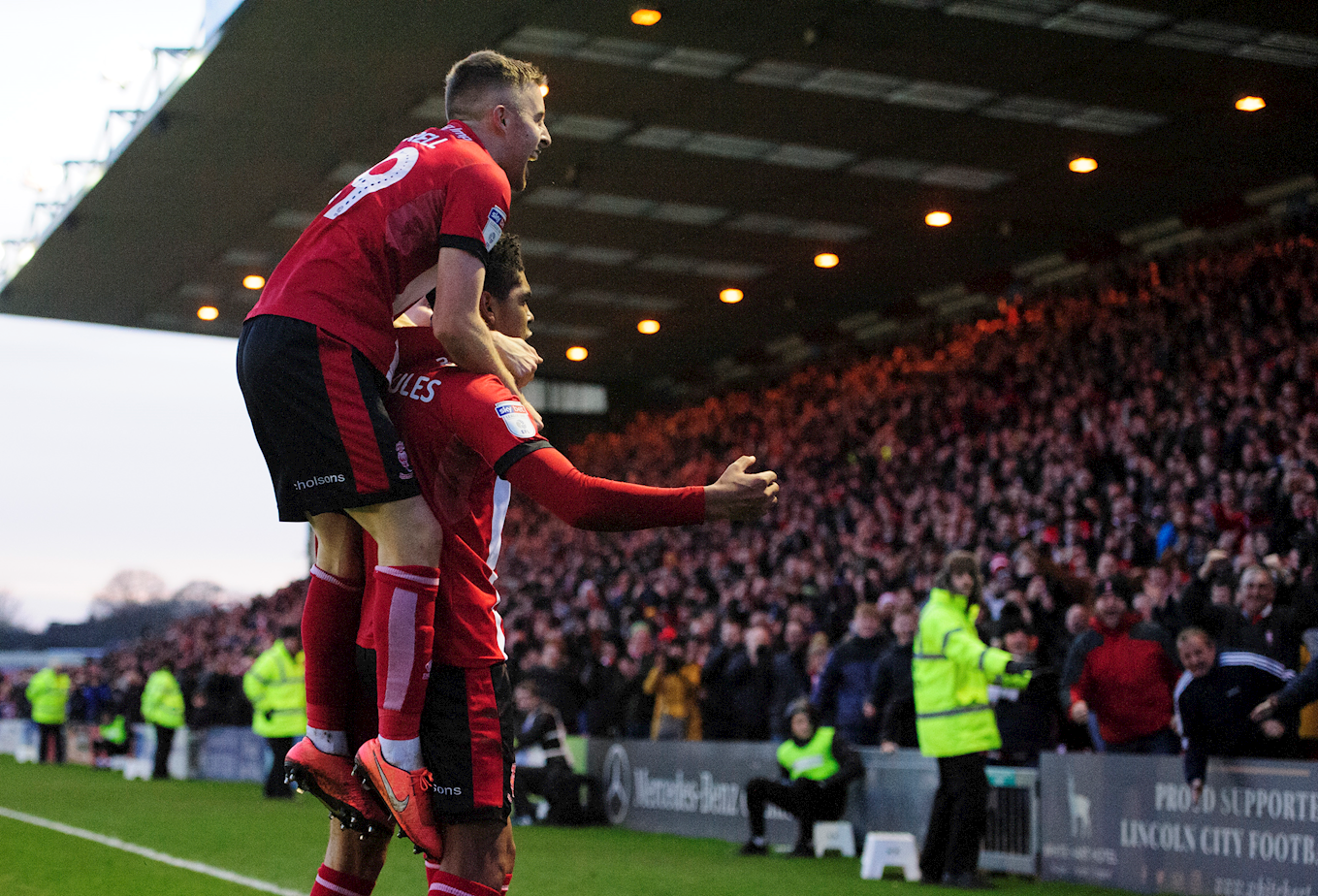 Tyreece continued by explaining how he compared Under 23 football with Arsenal to what he is now experiencing in the Football League.

“The game felt much more physically and quicker, I will get used to it and grow into it by becoming stronger,” explained the England U19.

“I will also get used to the referee because they are different from the way games are controlled in U23 football. I will become more physical and it will help me become a better player by getting used to it.”

Before arriving at the Imps, the 18-year-old had spent 10 years with the Arsenal Academy after joining the side form Charlton in 2009. Tyreece explained how Thierry Henry was always his idol growing up and that he spoke to Freddie Ljungberg before coming to LNER Stadium.

“I used to always watch Thierry Henry on YouTube when I was a kid. I want to emulate him and play for Arsenal in the Premier League,” explained Tyreece.

“I was at Charlton when I was six or seven but from there I got scouted by Arsenal, and the rest is history. There are a lot of talented players in the Arsenal Academy, but I have been lucky enough to make it to where I am.

“It was Freddie Ljungberg who spoke to me, he told me to go and enjoy the loan because it would be something new to me. He wants me to come back to Arsenal a better player. I just want to enjoy the experience and continue to score goals for Lincoln.

“I didn’t want to play Under 23 football this year, I wanted to challenge myself, so I just went for it and I want to develop here. The Under 23 league is good but playing against grown men is a different game and that’s what the Premier League is so it’s good to start early in League One.” 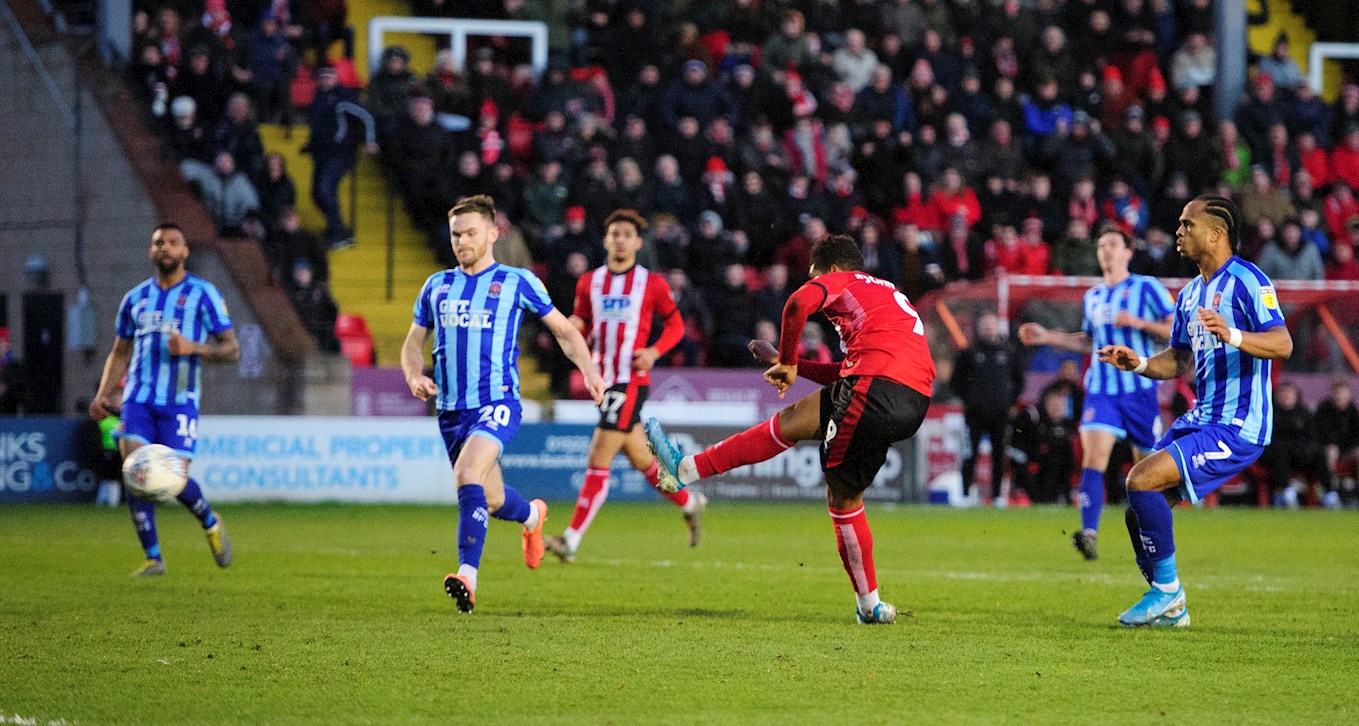 The striker is also enjoying the support he is getting from both Lincoln and Arsenal fans, especially on social media: “I am aware of the support I get, after the game against Blackpool I got a lot of messages saying well done and supporters were praising me on social media.

“It was good to get that type of support from the fans because it shows that I am doing something right and I am making the progress. I just want to keep on improving.”

Tyreece finished by speaking about how he has settled into life with Lincoln City after arriving on loan until the end of the season.

“When I first trained here, I saw the planes from the RAF base, and I didn’t know what was going on. I got a bit scared to be honest, but I am getting used to them now,” joked Tyreece.

“I have really enjoyed working under Michael (Appleton), he has lots of experience and I am taking in all that he has to offer. He wants me to be positive and confident, he has told me I am good enough so I will continue to impress him.

“Coming here, I wasn’t as nervous because I wasn’t the only new person. Tayo (Edun) and Conor (Coventry) came in with me, we have all got one really well and become close. They have helped me settle in. I have played against Conor and I knew of Tayo from his time with Fulham.

“I am enjoying my time playing with Tyler, we have good chemistry and I am looking forward to playing together some more. The table is tight, we are only a few points off the play-offs. We will take it one game at a time and finish as high as possible, I hope I can make a contribution to winning as many games as possible.” 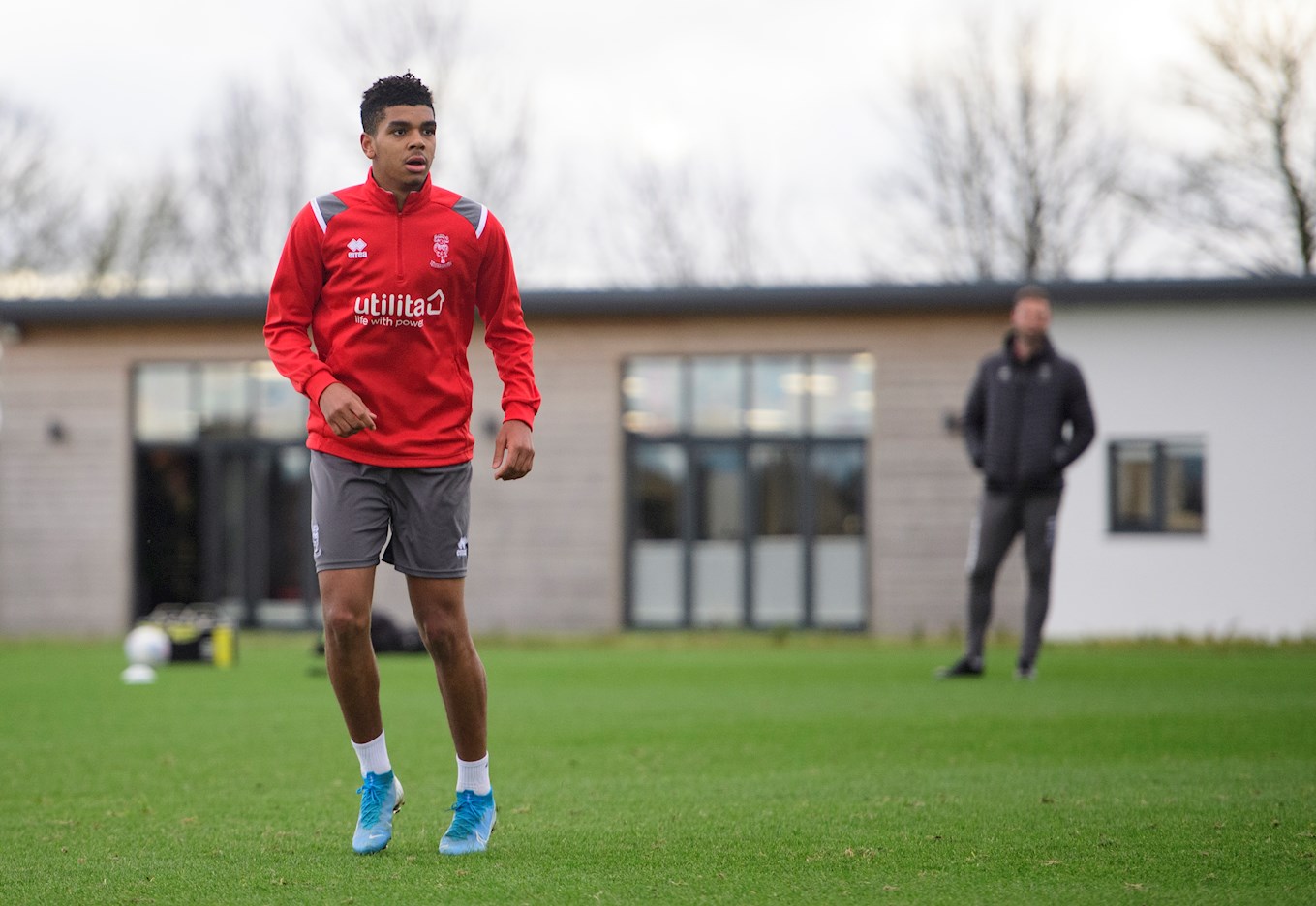