That’s the message from Tayo Edun who was delighted to make his maiden bow for The Imps this afternoon at LNER Stadium as The Imps picked up three points against Blackpool.

Another home debutant, in Tyreece John-Jules, netted the decisive strike and the former Fulham man said that the opportunity to play in front of almost 9,000 today and beyond at the home of City is just one of the reasons why he and the Arsenal loanee came to the club.

But it’s about time on the pitch and growing as players and as a group which is the key motivation for everyone in the squad, and he enjoyed his first experience pulling on the red and white shirt.

“It was very enjoyable but first and foremost we got three points, the team fought well, there were spells like it looked like we might concede but we did well to get through that and get the three points.

“I think we’re building those relationships and we’re going to only get better. We’ve only been together a week I think and already I’m building relationships with the attacking players, the midfielders and the defenders going forward.”

Tayo said it’s that growing sense of unity and drive from everyone on the pitch which was the key to tasting victory after a touch of class from Tyreece unlocked the door for the win. But the 21-year-old midfielder pointed to a vital stop from Josh Vickers late in the game as well as the goalscorer helping out and doing his bit in defence to earn a clean sheet as well as the win come full time.

“It shows that we’ve needed everyone to get the points, Tyreece cleared one off the line, it shows everyone chipped in to get the three points.

“We won the ball back then we were on the front foot, Tyreece was picked out by Tyler and he showed good composure, he could have taken it first time and been a bit rash but he’s got a cool head and obviously that’s why the gaffer has got him in.” 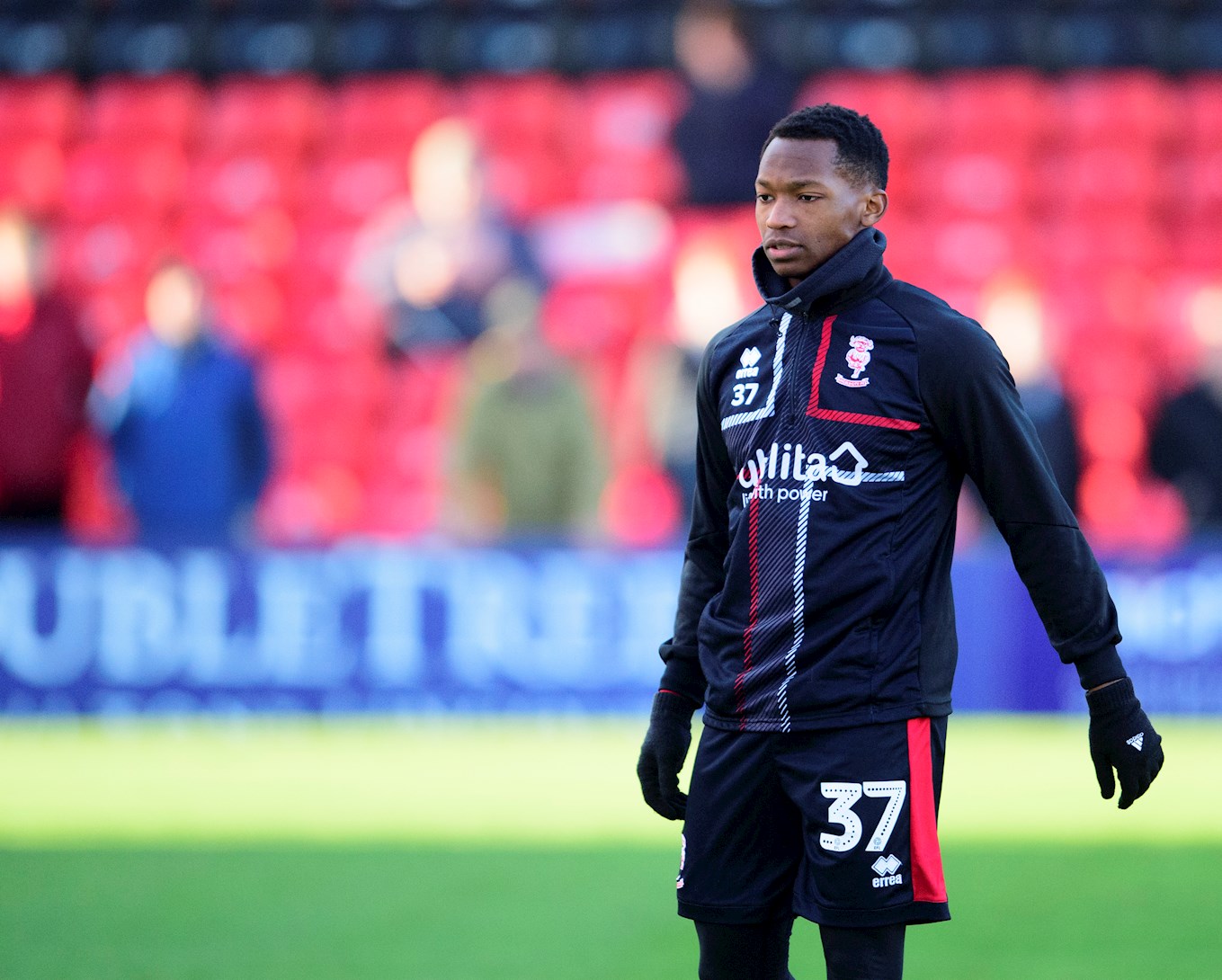 City who have now win four of their last six games are climbing the table and with the playoff spots on the horizon, Tayo says there’s nothing wrong with aiming high for the rest of the campaign.

“The club have shown we’re good enough to play at this level and personally I think we can push on and that’s the mindset of a lot of the people here.  I think that’s what we’re here for. We’re not here to settle, it’s a target for the boys. Obviously we take each games as it comes but ultimately that’s what we have to be looking forward to.”

Next up for The Imps is a trip to take on Ipswich Town at Portman Road next weekend, tickets are still available for the game and are available in the Club Store at LNER Stadium or online by clicking HERE