The Imps put another 90 minutes in the tank in preparation for the start of the 2020/21 season this afternoon in a friendly against Oldham Athletic at Boundary Park.

Despite the scoreline favouring the home side at the full time whistle, there was plenty of room for optimism from The Imps perspective. Conor McAleny had smashed the hosts into the lead in the first half before Anthony Scully levelled for City early in the second half, but Harry Kewell's side were to bag the third and final goal of the game through David Keillor-Dunn against the run of play late in the second half.

There was a very cagey opening to proceedings with neither side really able to fashion a clear-cut opportunity, Anthony Scully came closest to creating a half chance however when his low cross fizzed into the area but the elusive final touch couldn’t be found. Oldham found City’s defence in resolute mood, a set piece swung in from the left being the only time they looked to get ahead but there was no way through.

After a link between James Jones and Scully, the ball was chased down by Tom Hopper but he was brought down, Grant pinged in a low centre from the resulting free kick but the Latics cleared the danger as The Imps began to assert themselves on the game a little more forcing the hosts onto the back foot and having more of the ball.  Aaron Lewis whipped in a good centre as he burst forward from right back, but Ian Lawlor in the Oldham goal got there ahead of the red shirts in the box to keep the scores level. Lawlor was again to come to the rescue of the hosts as he got down low to his right to stop a low shot from the edge of the box after good work from Hopper. However, a quick breakaway from the hosts brought them an unlikely lead ahead of half time, they quickly attacked through the middle and the ball sat up perfectly for Conor McAleny on the edge of the box to strike a clean low shot beyond the outstretched right arm of Ethan Ross.

The Imps made the perfect start to the second half, with Zack Elbouzedi threatening down the right flank, winning an early corner and from that set piece the equaliser came. Grant whipped the ball in towards Lewis Montsma just outside the six yard box, he managed to get something on the ball and before the home side could clear SCULLY smashed home from close range into the net.

City’s number 11 was having a positive afternoon, almost following up his earlier goal as he struck a free kick on target as The Imps kept up the pressure.  The Imps were looking confident in and out of possession, but despite largely having control of the game chances weren’t forthcoming. Oldham almost nodded themselves back into the lead from a corner but Ethan Ross was equal to the header before The Imps were back in control at the other end, unfortunately though Jones’ effort from distance didn’t trouble the ‘keeper.

Much like in the first half, the hosts were to snatch the lead against the run of play as a positive run down the right and cross was swept home deep inside the box by David Keillor-Dunn. City remained patient and akin to much of the game had the lion’s share of possession looking for the opening right up to the final whistle, however the opportunity to draw level before full time just wasn't forthcoming.

Watch The Imps at Oldham this afternoon


As announced on Wednesday evening, The Imps travel to Oldham Athletic today in a behind closed doors friendly at Boundary Park and you can watch the game for free. 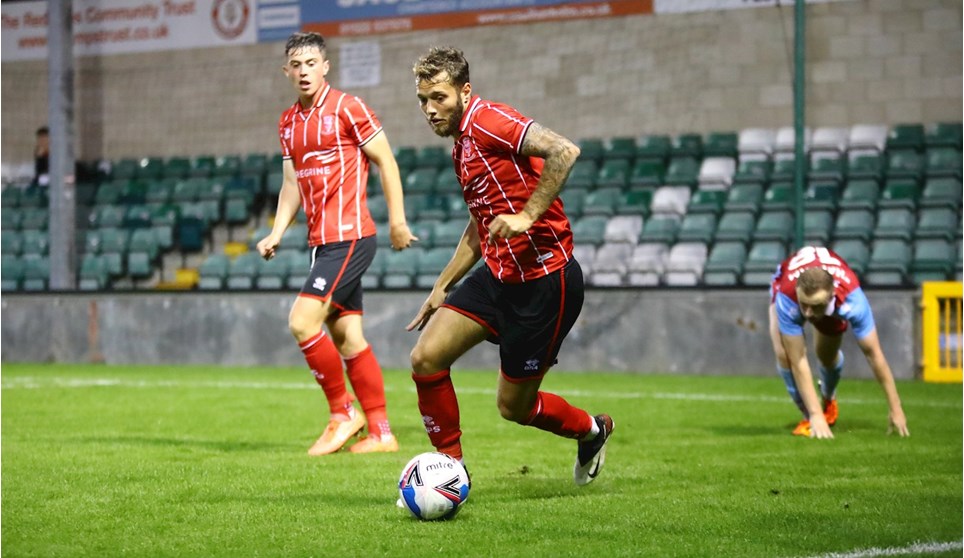 Watch The Imps LIVE this weekend for Free


Following the live stream of the game against Scunthorpe United we would like to apologise for any inconvenience caused by the issues that some supporters experienced.

Pre season victory for The Imps


The Imps tasted victory this evening at LNER Stadium after a confident performance against Scunthorpe United.