The Imps were edged out by Championship side Stoke City in an entertaining pre-season fixture at Sincil Bank. Two goals from Tyrese Campbell proved to be the difference, with the visitors holding on despite Tom Pett's second half strike.

A first-half brace from Tyrese Campbell, the son of former Everton and Arsenal striker Kevin, was the difference between the two sides.

Second-half substitute Tom Pett pulled a goal back for the Imps, but the Championship side held on for victory on a very warm Sincil Bank evening where City wore their 2019/20 away kit for the very first time.

City made one change to the starting line-up against Sheffield Wednesday, as Bruno Andrade replaced Harry Anderson. Meanwhile, Alex Bradley was named as a substitute following the announcement of his permanent signing earlier in the day. 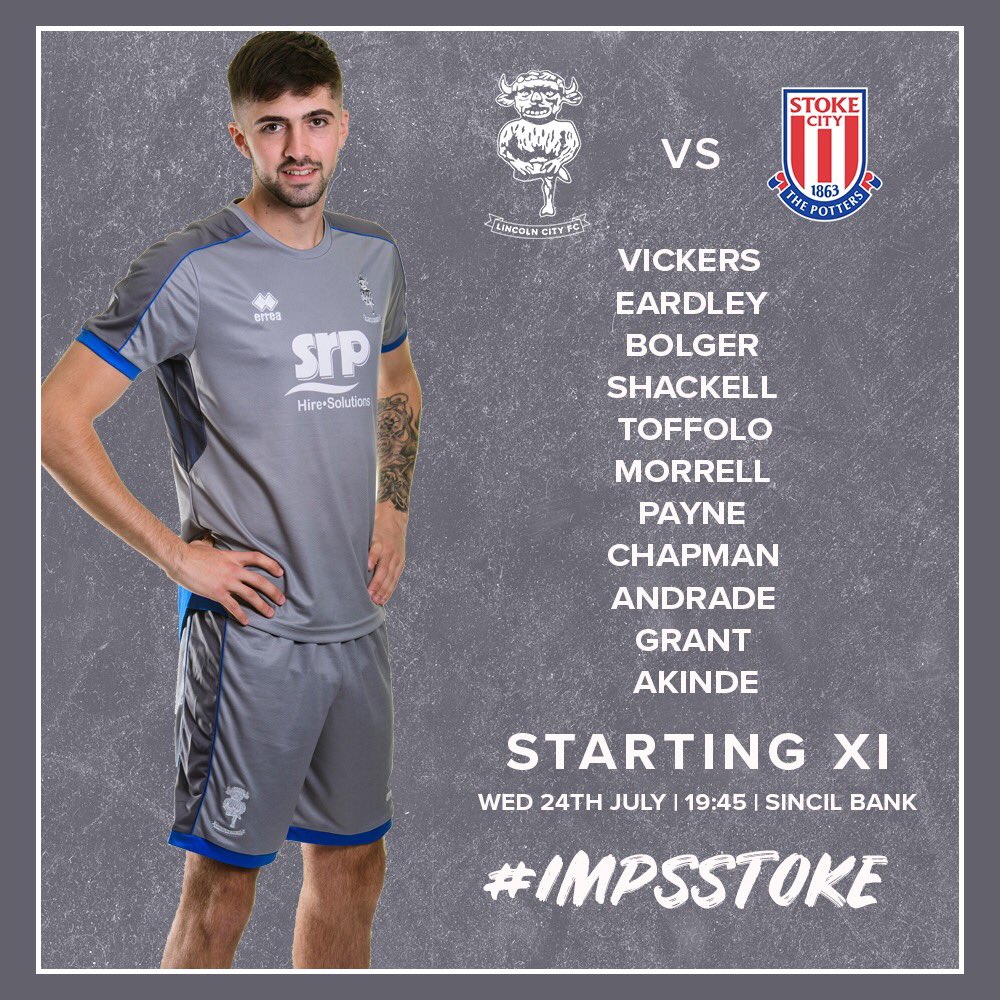 The Imps were quick out of the blocks, forcing a couple of early corners, with the second seeing Jason Shackell's powerful header well-saved by Adam Davies in the visiting goal.

City continued to look bright, moving the ball nicely through the third, but it was the visitors who opened the scoring through Campbell in the 10th minute. The young forward reacted quickest to Josh Vickers' save from a long range effort, and finished calmy past the Imps stopper.

The Imps responded well, as Bruno picked up on a back pass just minutes later, driving at goal with a neat flick, but his effort fwas blocked and deflected over the bar.

The Potters doubled their lead in the 21st minute through Campbell's calm finish into the far corner as he got beyond City's defence.

A spell of City pressure then saw Bruno and Jack Payne win a couple of free-kicks just outside the area, with the first of the two seeing Campbell in the right place to clear Payne's left-footed effort off the goal line.

HALF TIME: The Imps 0-2 Stoke City

City continued to play nice football as the second half progressed, with Toffolo and Grant breaking through the lines of the Potters' defence, but the former's ball across the face of the goal couldn't find a City man to pull a goal back.

Toffolo was involved at the other end as he denied Campbell a hat-trick with a superb challenge in the six yard box to deny the forward a free shot at an open goal.

City made a triple sub just past the hour mark, which saw Akinde, Grant and Chapman replaced by Rhead, Anderson and Pett.

Pett made an immediate impact as he picked up on Davies' parry from Eardley's free-kick, to dink over the head of the Stoke keeper to pull a goal back for the Imps in the 72nd minute.

Adebayo-Smith was the final change, as he replaced Andrade and offered fresh energy. The young forward hit a vicious half volley towards goal in injury time, but the ball cannoned back off the crossbar to deny City an equaliser.