Michael Appleton is delighted with how his players performed on Saturday against one of the tougher teams in the division and says it revealed their true character. 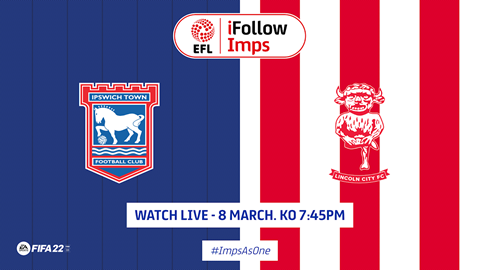 The boss acknowledges the team’s poorer form against sides at the bottom end of the table and highlights this as a key area for improvement.

He said: “They have got character; I think that’s a good thing and I’m pleased that they’ve been able to show that. If you look at the majority of our points this year, they’ve been against sides at the top of the table so that makes it a bit more frustrating.”

“There’s a belief that we can beat the better teams in the division but one thing we need to improve on is obviously playing the sides nearer the bottom half of the table.”

The Imps travel to in-form Ipswich Town on Tuesday night and Appleton believes it will be another difficult test for his side.

He added: “It will be a massive test. I think Kieran McKenna has done a great job since he’s gone in and it just goes to show that the 19 players or so that they signed in the summer are really coming to the fore now.

“They’re a good side, they change formation quite regularly and they’ve got a lot of options in a lot of areas so it’s going to be a tough game. But Saturday was a tough game against a side in similar form, we went toe-to-toe and I thought we thoroughly deserved it with a good performance.”

Tuesday's visit to Portman Road is available for live streaming wherever in the world you are - click here to ensure you don't miss a moment.