City have agreed the signing of winger Charles Vernam - who is relishing the opportunity to play for his hometown club for the first time.

The 25-year-old will join the Imps officially on 1 July after his contract with Bradford City expires.
He said: “Being from the area it means a little bit more, my family live here and I’m incredibly proud to represent this club. I’m hoping to play a big role in this club on and off the pitch in the community.
“I’ve played against Lincoln for numerous clubs before and feel there is a very particular style I can fit into. It’s an opportunity to progress and make that step to the division above - every player wants to play at the highest level and it’s an opportunity to give the club everything as I come into the prime of my career.”

City head coach Mark Kennedy added: “Charles is a player who fits what we want from an attacking player - someone who can be direct and aggressive going forward.

“He’s a Lincoln lad who we know is looking forward to representing his hometown club.  He has excellent attributes, can create and score goals, will be a real attacking threat and we are delighted to have signed him when as a free agent, he’s had a lot of other interest. Charles is a great age and has the ability to make a big contribution in what we are building moving forward.”

Don't miss a moment of the 2022/23 season with a Gold Membership, which is the best value way to watch all City's home league games. Click here to secure yours now 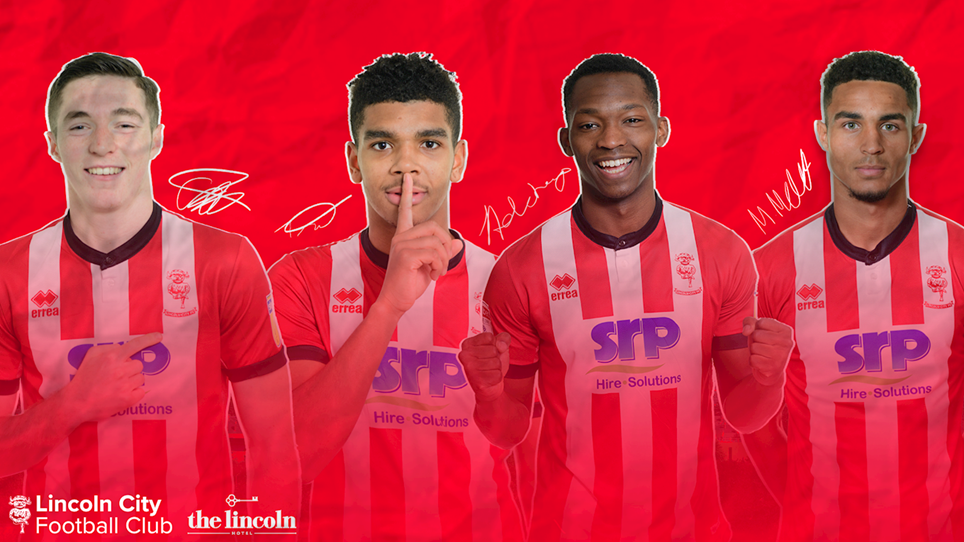 
The Imps have today captured the signatures of four new players ahead of the weekend, with two coming in from the Premier League and two from Championship clubs and all are raring to go, ready to pull...