Michael Appleton wants his side to inspire the Imps supporters as they take on top-of-the-table Wigan Athletic on Saturday. 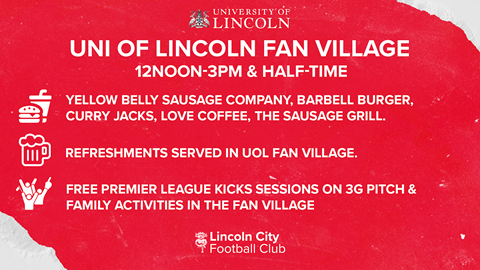 8 April 2022
The Latics are challenging for the title, and the City boss wants to keep up the good form which has returned four points from the trips to Charlton Athletic and Fleetwood Town.
He said: “We’re playing against a team who are top of the league and flying high - so let’s see where we’re at and put in a good performance against a top side.
“I hear they’re bringing a fair few as well which always helps. That ignites our fans a little bit and gets them going even more.
“We want to finish the season strongly. We were happy with bits of the past two games and if we can keep picking up points going into the Easter weekend then we can finish the season strongly.”
Victory would complete a double for City after an impressive 2-1 win in Lancashire back in October, but Appleton is fully prepared for a tough game at the LNER Stadium.
He added: “They’ve stayed consistent, they’ve been strong throughout the season and not had too many poor runs.

“They’ve been heavily backed, but you’ve still got to go and deliver. Leam Richardson had to deal with some very difficult situations last season - he’s had the opportunity to rebuild the squad and has done it well.”

Tickets for Saturday's fixture at the LNER Stadium are still available and can be purchased HERE.