Michael Appleton was delighted with how his team performed on Monday afternoon against a structured Cheltenham side. 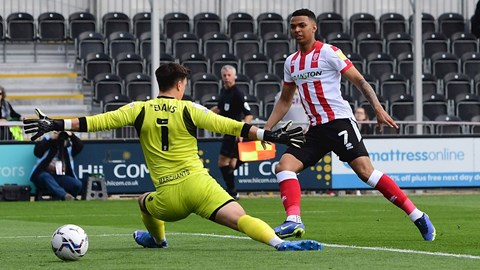 The Imps boss feels that his squad stuck to the game plan well and were unlucky not to have scored more goals.

He said: “It was outstanding really. We were 3-0 up in that period but it could’ve been six or seven to be quite honest. What more can you say, we moved the ball really well and switched the play really well.

“We thought they’d be narrow and have some structure about them so we knew that if we switched it really quickly within one or two passes we’d get a bit of joy.”

With Sky Bet League One safety secured and only two games left in the season, Appleton aims to finish the season strongly and as high in the table as possible.

“That will be our aim, to get six points, finish as high as we possibly can and reflect on it from there.”

The Imps' final game of the season will take place at the LNER Stadium on Saturday, April 30 as they take on Crewe. An awards ceremony will also be held after the match as the winner of the fans voted player of the season will be announced. Don't miss out - purchase your tickets HERE.