Josh Griffiths has learnt to cope with the pressure of being City's first-choice goalkeeper. 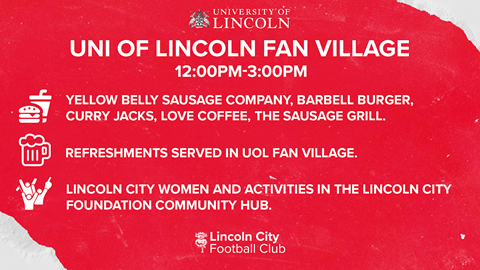 The England U21 international, on loan with the Imps from West Bromwich Albion, and admits he was desperate to make a quick impression at his new club.

He said: "I definitely put pressure on myself. I had a really good year with Cheltenham and wanted to get off to a good start here. I have big aspirations to go on and play as high as I can, so I wanted to come in and do well for myself and the club.

"It just took a bit of time, as these things can do. It's not always easy to come in and have things click straight away but I just kept working hard, plus Steve Croudson and the manager have been great with me - they believed in me."

Griffiths has been involved in every England U21 squad since he joined the Imps, and has ambitions to build on his international experiences.

He added: "Playing for England was amazing, my first cal-up to the U18s came on the back of an FA Youth Cup campaign.

"My dream is to be England No.1 for the seniors, and while I know that is a long way away it is the aim."

Josh Griffiths is the feature interview in Saturday's matchday programme, which is available from sellers around the stadium as well as from the ticket office, with fans able to pay by cash or card. If you cannot get to the match then order your copy online now.