Lincoln City put in a magnificent performance in the Sky Bet League One Play Off Semi Final as goals from Tom Hopper and Brennan Johnson ensured a 2-0 victory.

The atmosphere was absolutely rocking at LNER Stadium as supporters returned home for the first time in over a year on an emotional occasion. As kick off approached, the noise was deafening as the home faithful backed their team. 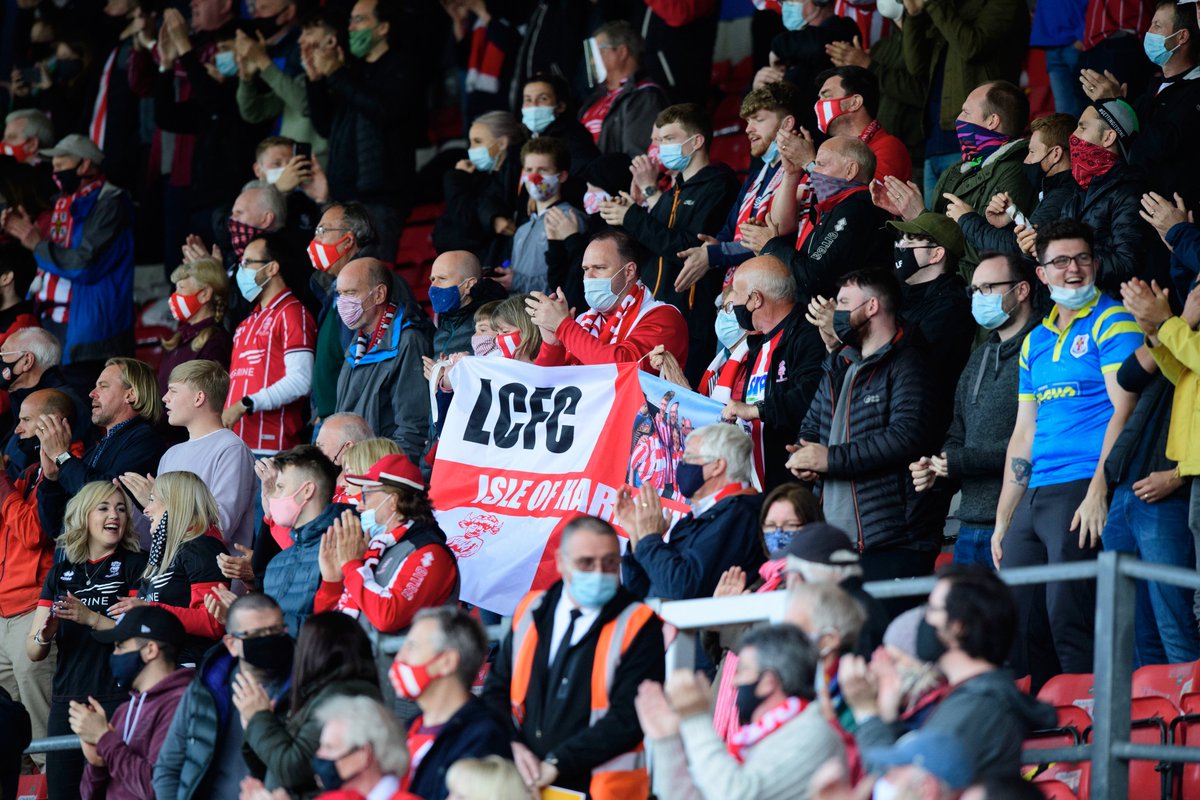 The crowd were certainly up for this and so were City as they started on the front foot and created the first chance in the 5th minute of the match. Jorge Grant was found in space inside the Sunderland final third before he picked out a pinpoint pass to Anthony Scully. The Irishman controlled it well before rifling the ball at goal, but Lee Burge tipped it over the bar. The home crowd showed their frustration at the officials who awarded a goal kick to the visitors.

Sunderland were forced into an early change in the 11th minute as Denver Hume picked up a knock, before being substituted by Callum McFadzean. 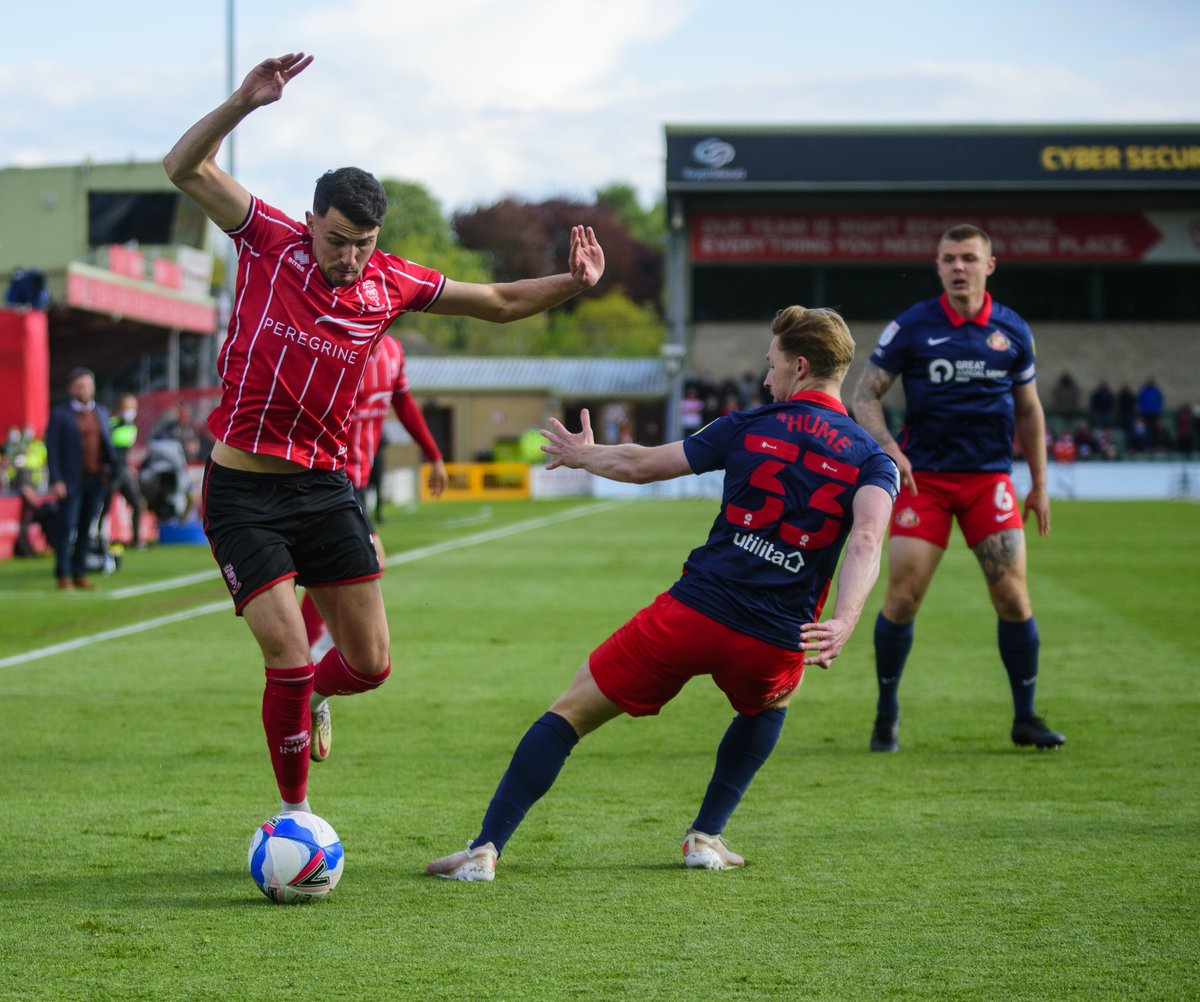 Morgan Rogers showed great pace and strength to hold off two challenges on the 15 minute mark as he broke from midfield, but his shot flew wide.

City were then forced into a change of their own as Adam Jackson had to be subbed after he picked up an injury, Lewis Montsma was his replacement.

The Dutchman came close to scoring the first goal as the ball fell to him on the edge of the box, and the centre half struck a sweet volley which took a slight deflection. Lee Burge had to be alert as he dived to his right to prevent the ball flying into the bottom corner.

Sunderland's first attempt on goal arrived in the 27th minute as a deep corner to the back post was met by Charlie Wyke, but Josef Bursik was on hand to make a comfortable stop at his near post.

As the game reached the half hour mark, both teams were cancelling each other out in a tightly contested match but a flurry of City chances arrived.

The Imps were inches away from taking the lead in the 35th minute. Brennan Johnson burst through before seeing his right footed shot bounce agonisingly off the post before the Sunderland defenders scrambled the ball clear. 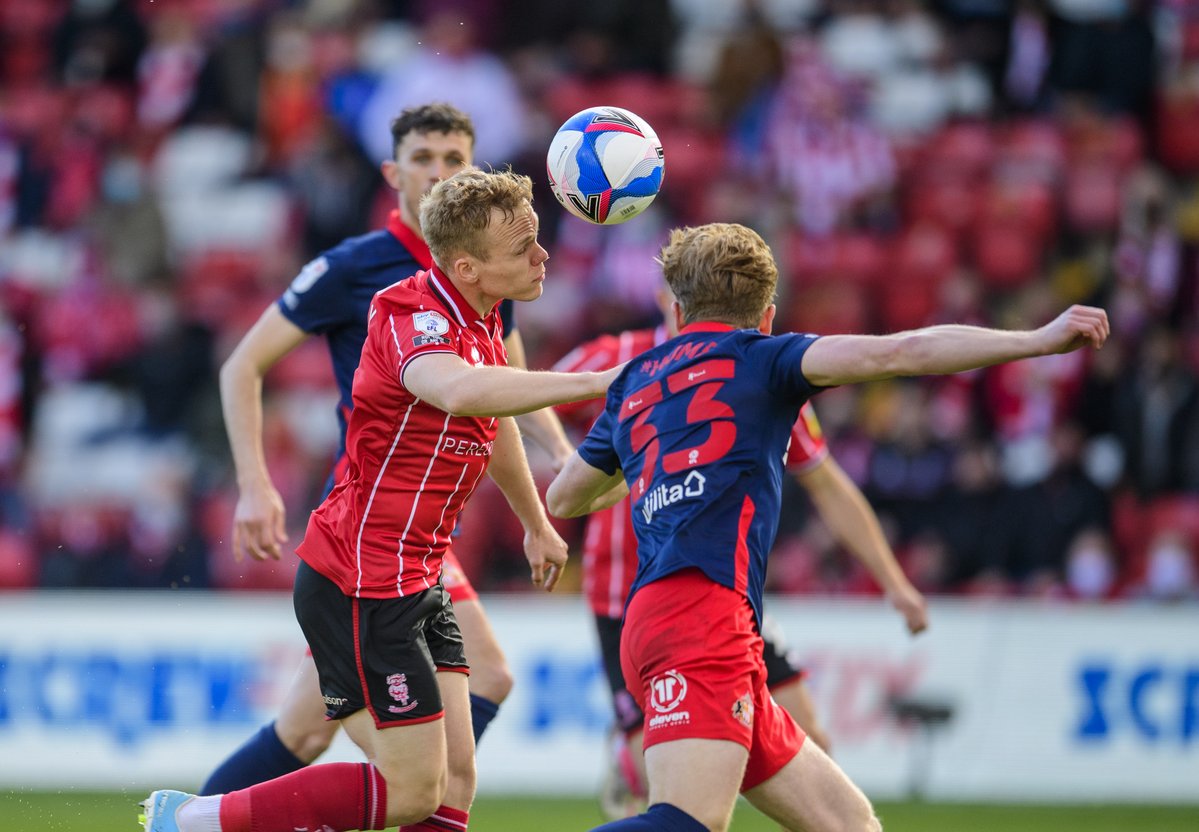 The home side were on top here as Anthony Scully accelerated down the right wing before whipping a teasing cross into the box, but Tom Hopper was close to tapping the ball into the net.

Sunderland's best chance of the half arrived just before half time as Lynden Gooch picked up on a loose ball, before curling a left footed effort towards goal but luckily for the Imps, it whistled past the post.

Josef Bursik was called into action in the 47th minute and he made a stunning save to tip a rasping drive from Lynden Gooch onto the cross bar, what a stop! The ball was destined for the top corner, but the man on loan from Stoke City somehow got his left arm to the ball. The resulting corner was met by Bailey Wright who headed the ball off the bar as City were let off the hook.

In the 51st minute, the stadium erupted as Lincoln City took the lead. Fantastic play from Brennan Johnson and Anthony Scully led to a pass which found Jorge Grant on the edge of the box. His shot was excellently saved but the ball was still alive as Liam Bridcutt found Jorge Grant, who picked out Tom Hopper with the cross, and he made no mistake from close range to send the home crowd into raptures. 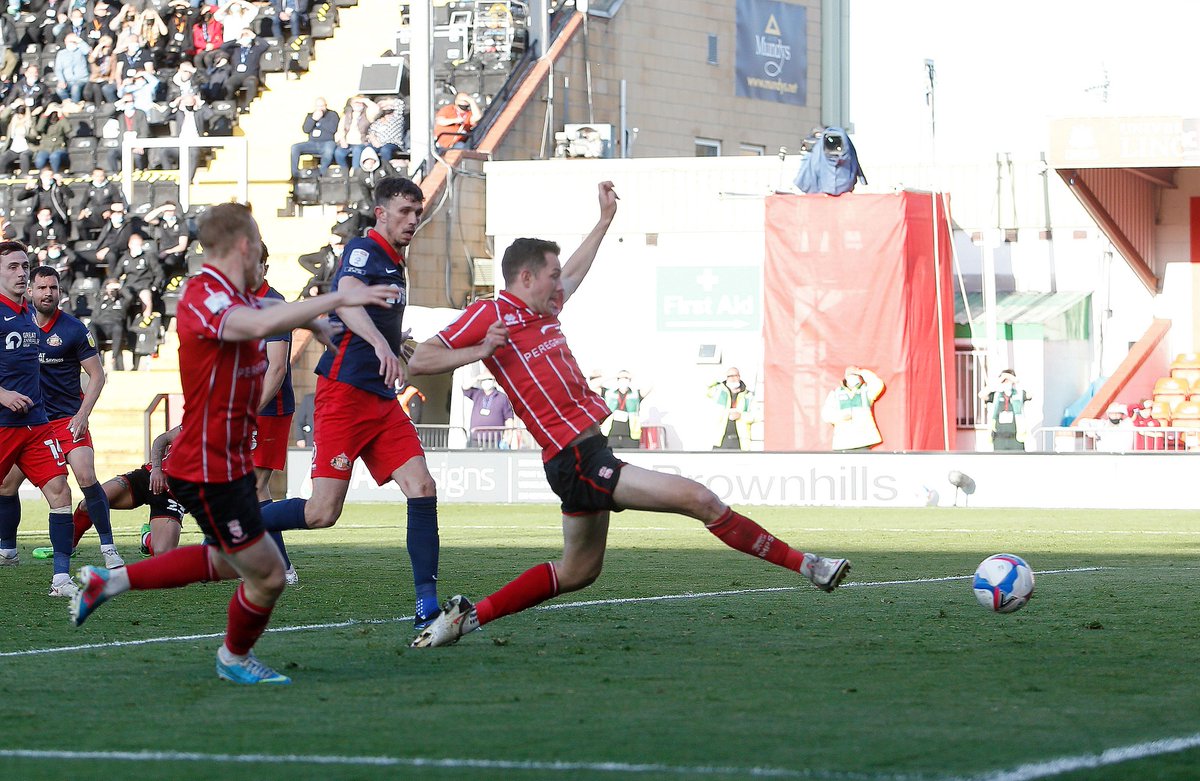 The goal sparked Sunderland into life who started to dominate possession and push men further forward in search of an equaliser. 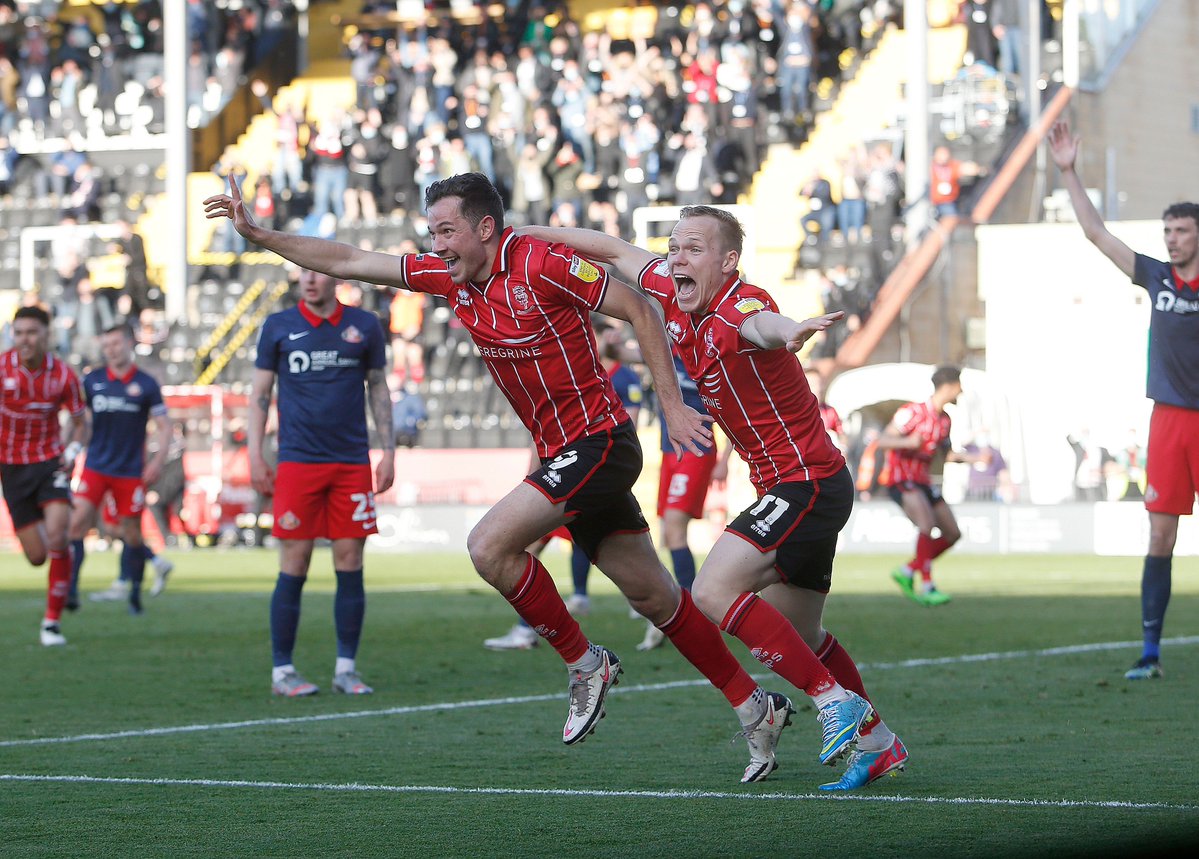 Morgan Rogers looked dangerous every time he received the ball as he linked up well with Tayo Edun and Tom Hopper before firing a shot wide of Lee Burge's goal.

Josef Bursik was alert again to make anotther terrific save as Aiden McGeady lined one up from distance, but Bursik was on hand to tip the ball wide. The keeper had a brilliant debut with a confident assured display in the City goal.

Aiden McGeady came close for the Black Cats in the 71st minute as he cut inside on his left foot, but curled an effort over the crossbar.

Sunderland were on top as we entered the last 15 minutes of the match but Lincoln City were defending heroicly to preserve their slender lead. 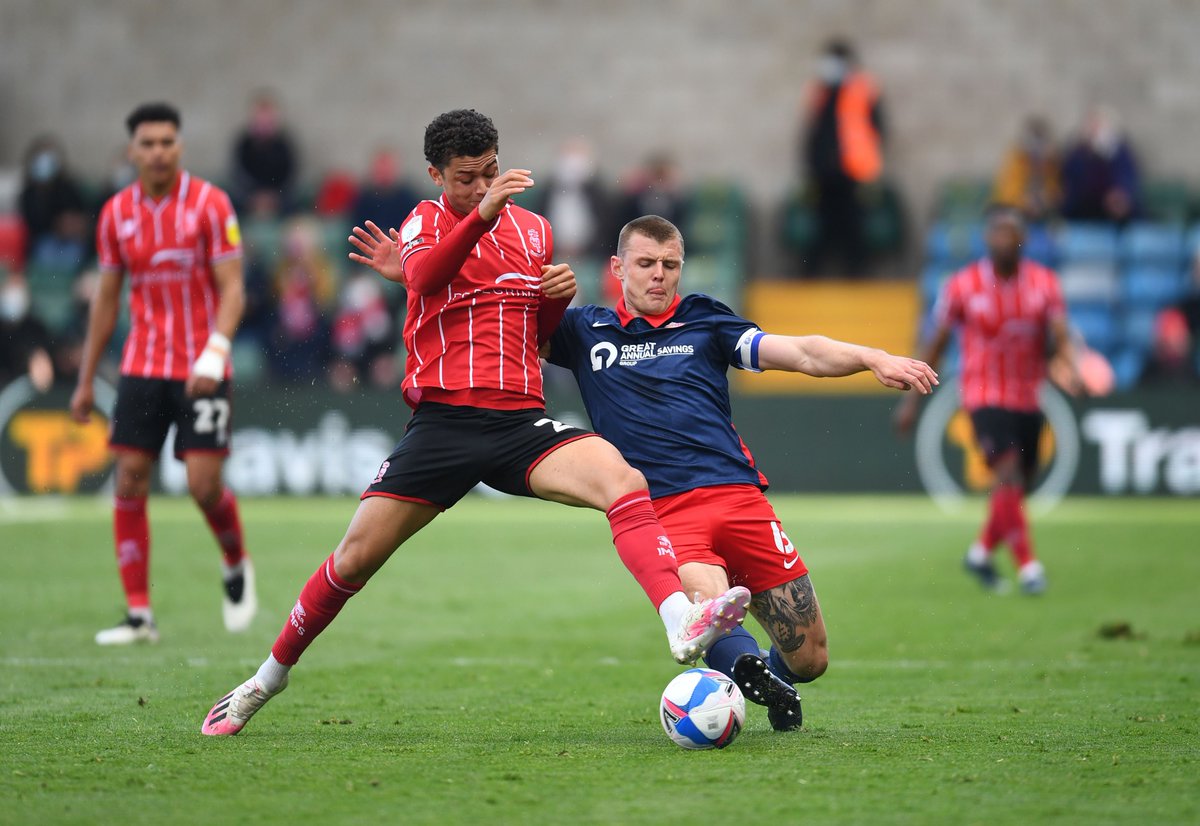 Despite the visitors having the better of this second half, City doubled the lead in the 77th minute. Lee Burge attemped to clear the ball but Brennan Johnson charged him down, before the rebound kindly fell to the youngster, and he tapped the ball over the goal line from close range to send the Imps fans wild. 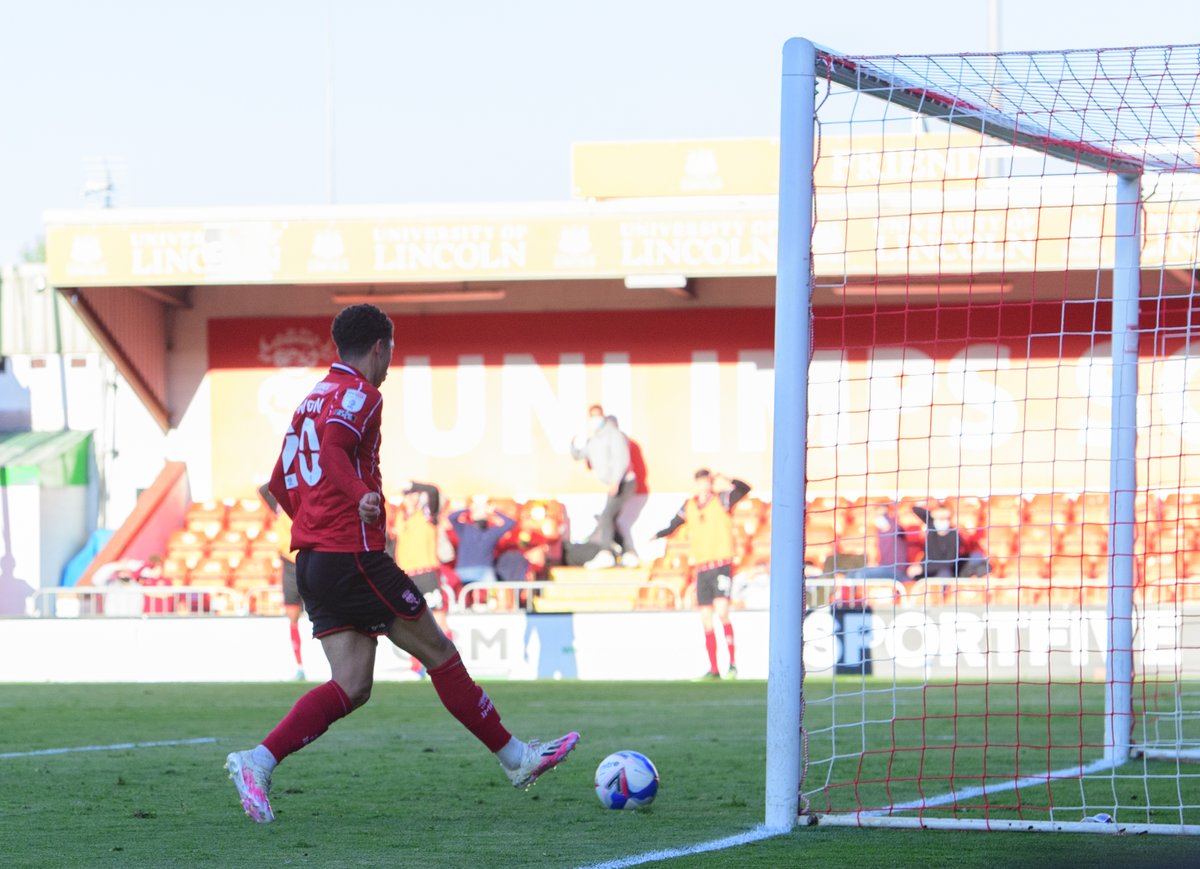 Sunderland were fighting hard to grab a goal back as a shot from distance from Grant Leadbitter took a deflection off Jorge Grant, before drifting past the post.

Conor McGrandles entered the field of play in the 85th minute as Michael Appleton looked to see out the 2-0 victory. Six minutes of stoppage time were added on at the end of the ninety as the Imps held on for a massive win.


The Imps continued their pre-season preparation with a friendly against newly-promoted Premier League side Norwich City at the Lotus Training Centre.


The Imps continued their pre-season preparation with a midweek friendly against Nottingham Forest XI at The Nigel Doughty Academy.