Lincoln City were defeated 2-1 at LNER Stadium this afternoon as Rochdale picked up the three points. City fell behind in the first half before Morgan Rogers equalised for City on the hour mark but the visitors responded to secure the win.

Michael Appleton named two changes to the side from Tuesday's fixture with Callum Morton and Regan Poole returning to the starting eleven in place of Tom Hopper and TJ Eyoma. City were also boosted by the return of Liam Bridcutt who was fit enough for a spot on the bench.

Rochdale started on the front foot here as the wind was swirling around LNER Stadum and Alex Palmer had to be alert to make a stunning save in the 5th minute. A corner caused problems in the Imps box as Conor Shaughnessy rose highest in the area, but Palmer was quick down to his right to make a fantastic save from close range. 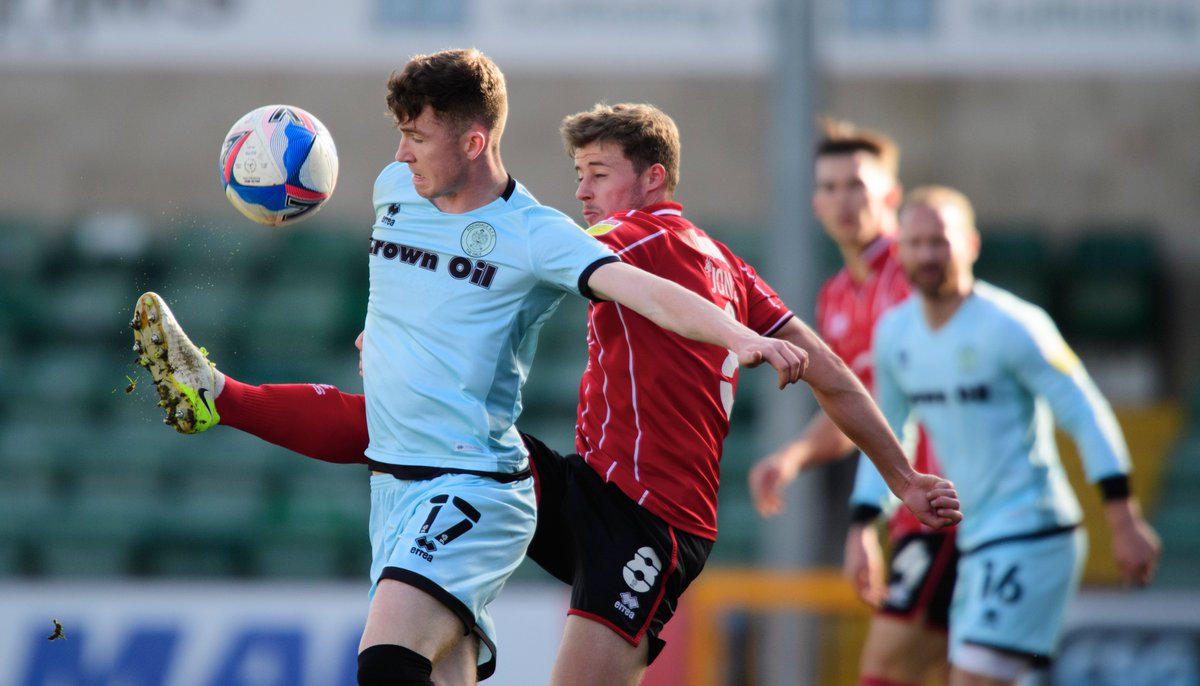 After a difficult start, City responded with some good spells of posession in the Dale half as James Jones and Tayo Edun began to pick up the ball in pockets of space with the home side searching for the opener.

Dale were quickly back on the front foot and the Imps' number one was called into action again after another corner caused problems, but Palmer was alert to parry away Gabriel Osho's effort. Eoghan O'Donnell had the next chance in the match as he was stretching to volley from six yards, but he coudn't guide his effort on target.

City's first real chance arrived in the 22nd minute as Brennan Johnson chased down Gabriel Osho in Dale's third before pulling the ball back to the edge of the box to Morgan Rogers, but the youngsters effort hit Callum Morton as Rochdale cleared.

The away side continued to attack and found the opening goal in the 36th minute. Oliver Rathbone found himself in space on the edge of the box before hitting a left footed drive past the diving Alex Palmer to make it 1-0 to the visitors. 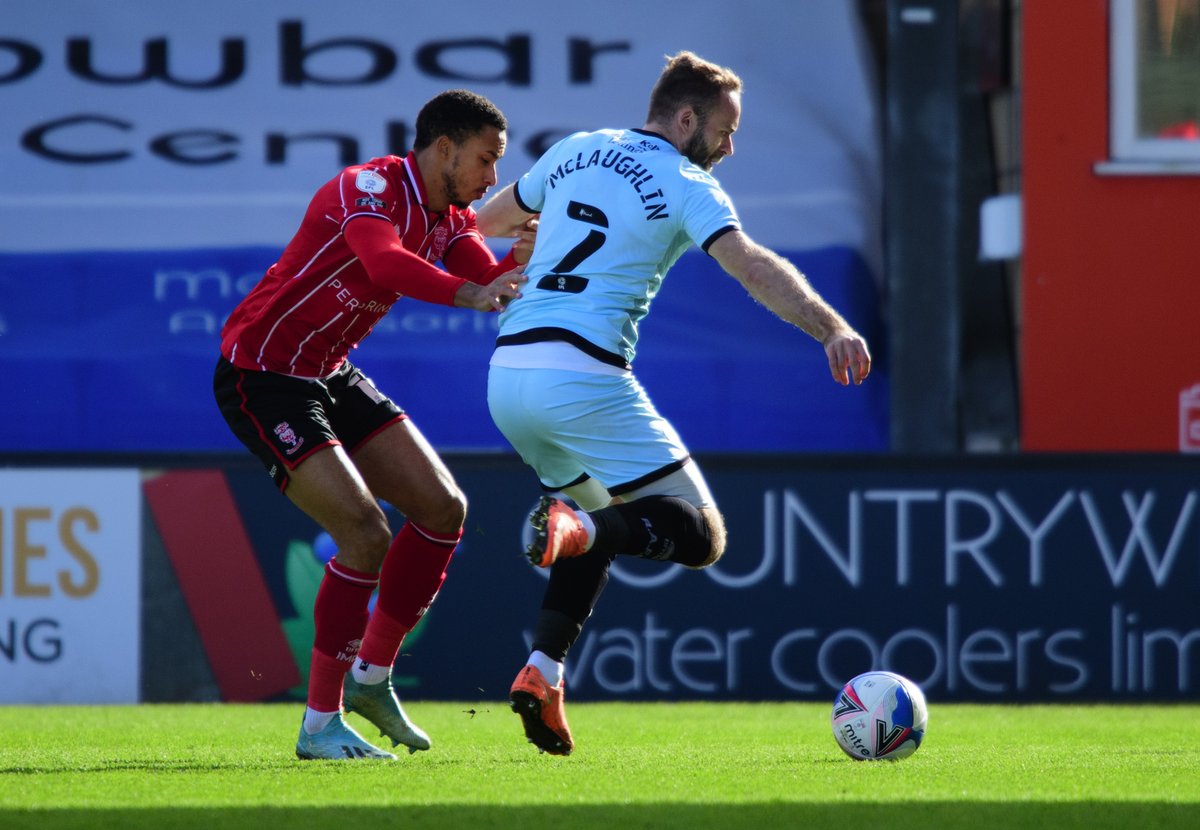 Rochdale were close to doubling the lead in the 43rd minute as Matt Done sprinted down the left on the counterattack and his cross was fired over from close range by Stephen Humphrys.

City fashioned a chance just before half time as James Jones cut onto his left foot but his shot was blocked behind for a corner which came to nothing.

Alex Palmer had to be alert to make another terrific stop as Rathbone's neat pass into Humphrys led to a great strike from the Dale centre forward, as the rebound was cleared by substitute Anthony Scully.

Morgan Rogers looked the most likely to open the scoring for City with some mazey runs on the left wing but the visitors were defending well this afternoon.

Conor McGrandles was in the right place at the right time to head an effort off the goal line as Rochdale threatened to double their lead at LNER Stadium.

The equalising goal arrived in the 60th minute as Morgan Rogers added another thunderbolt to his collection of Lincoln City goals. The 18 year old started the move as he played a lovely one-two with Callum Morton before rifling the ball in the top corner to make it 1-1. 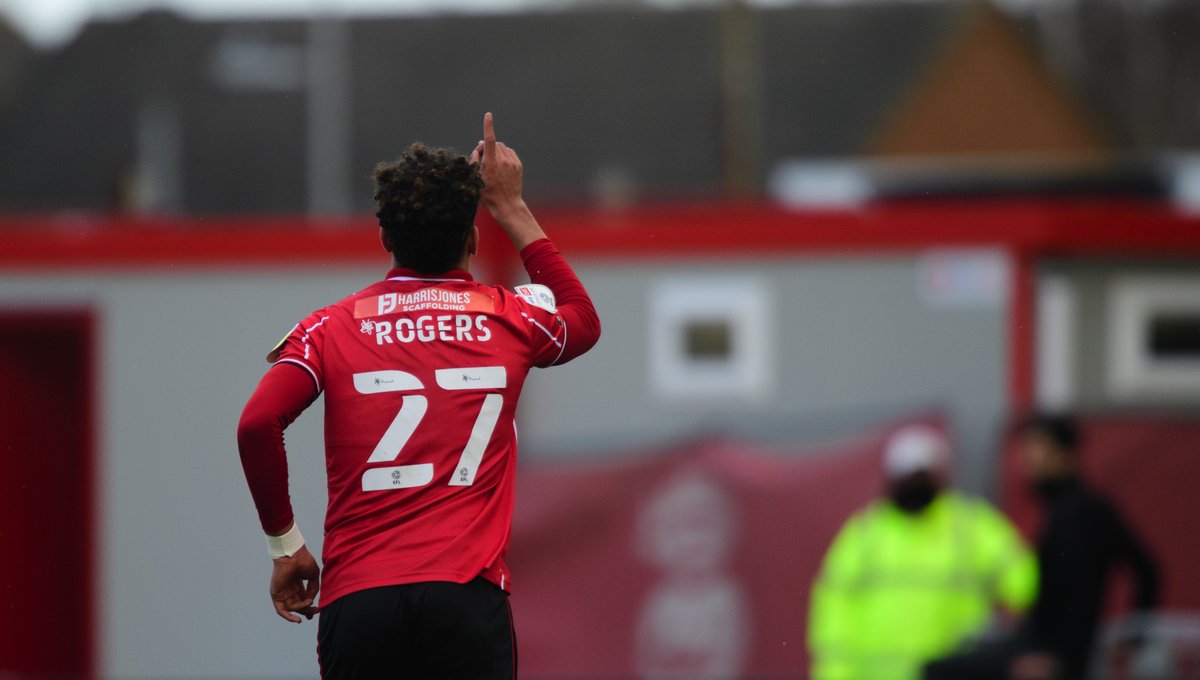 Rochdale created another chance in the 64th minute as Humphrys turned on the edge of the box but the big centre forward dragged his shot wide from 20 yards.

City responded immediately as Brennan Johnson forced a stunning save in the 66th minute as he broke away from midfield before unleashing a terrific drive from distance but Gavin Bazuna was at full stretch to tip it over the cross bar.

Rochdale restored their lead in the 74th minute as Stephen Humphrys cut in on his left foot before his goal deflected off the inside of the post before rolling in.

City created a couple of chances towards the end of the game through James Jones and Brennan Johnson, but Rochdale held on to secure the win.