Two second-half penalties condemned the Imps to a frustrating defeat at Crewe Alexandra.

The home side flashed the first effort wide in the second minute, with Oliver Finney’s volley after an Imps clearance from a corner fell nicely for him.

That chance also lead to a lengthy delay as Adam Jackson and Jamie Robson needed treatment. Both were able to continue, although for Jackson is was only a temporary reprieve as he needed to come off 10 minutes later as an enforced concussion substitute.

The Imps had started to find their feet, with Chris Maguire proving particularly effective as he looked to send team-mates through on goal with his passing range. It took key interceptions to stop him finding Ted Bishop and Conor McGrandles.

The forced reshuffle, which saw TJ Eyoma replace Jackson, disrupted the flow of the game but the better chances all went the way of the Imps.

A defence-splitting pass from Maguire sent Adelakun through, his first-time finish was looking for the bottom-right corner but home keeper Dave Richards brilliantly turned the ball around a post.

And Bishop went close with a deflected effort which spooned just over when it could have gone anywhere.

The home side did not create many opportunities in the opening period, with a Mandron shot which lacked power plus a Ben Knight free-kick which went high over the bar the best they mustered. The free-kick came after a soft-looking foul from Eyoma which earned him a yellow card.

They did finish the half strongly, with Mikael Mandron looping an effort over after a good move. The last threat of the opening period fell to the Imps with Maguire sending a deep free-kick into the area, although there was no one in the six-yard box to get on the end of his delivery.

There were two changes at the break, with Lasse Sorensen and Lewis Fiorini coming on for Bridcutt and Robson. Bramall, who had spent the opening 45 minutes playing on the left of the front three, dropped back into the back-four.

But the game was turned on its head with two penalty decisions from referee Declan Bourne.

The first came two minutes after the restart, with Montsma presumably judged to have barged unfairly into Billy Sass-Davies right on the edge of the area. Mandron stepped up and finished powerfully into the bottom-left corner.

Three minutes later Bourne pointed to the penalty spot again after Eyoma pulled back Knight, earning himself a red card, and giving Mandron an opportunity to add a second which he duly did.

That was a real body blow for the Imps, who were again forced into another reshuffle at the back.

They did find their feet again and should have pulled a goal back after 57 minutes with a chance created by Maguire’s harrying of the backline.

He closed down an attempted clearance then fed Adelakun. Richards did brilliantly to get a foot to stop him getting a shot away then Maguire sent the eventual curled shot just wide of the far post.

The balance of play enjoyed by the visitors belied the fact they were playing with one man less than the home side, with Fiorini having a low effort deflected wide soon after.

A well-worked free-kick move from the right saw Maguire lay the ball off for Bishop in space, but his effort was too high.

And, with 15 minutes to go, it took a key deflection from Rio Adebisi to send Bishop's effort wide after Montsma's great ball from inside his own area.

With the Imps pushing, and down to 10 men, they inevitably left some gaps at the back - with Josh Griffiths getting a strong hand to deny Madron his hat-trick then to stop Knight after he was sent through on goal.

In the end it was a frustrating evening for the Imps, with Fiorini sending the visitors' last real chance of the match into the hands of Richards. 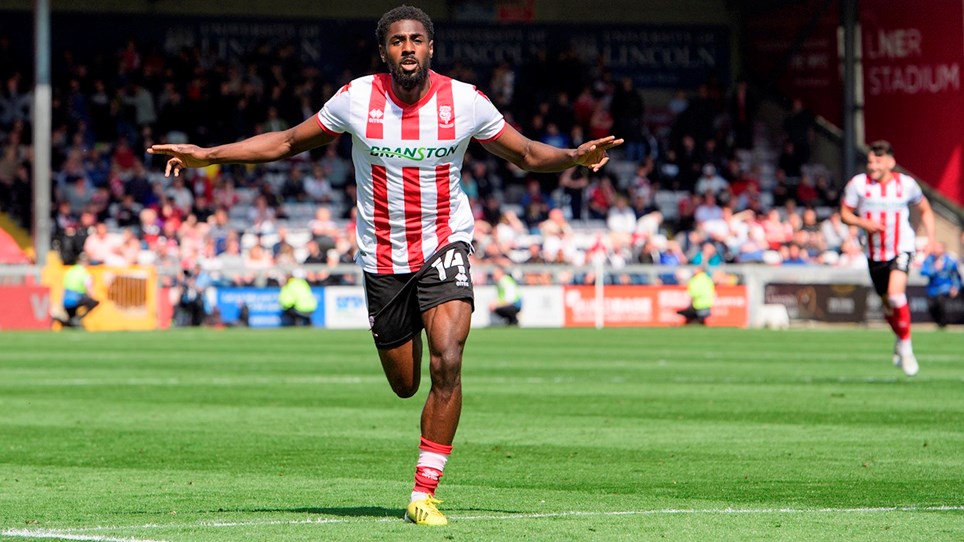 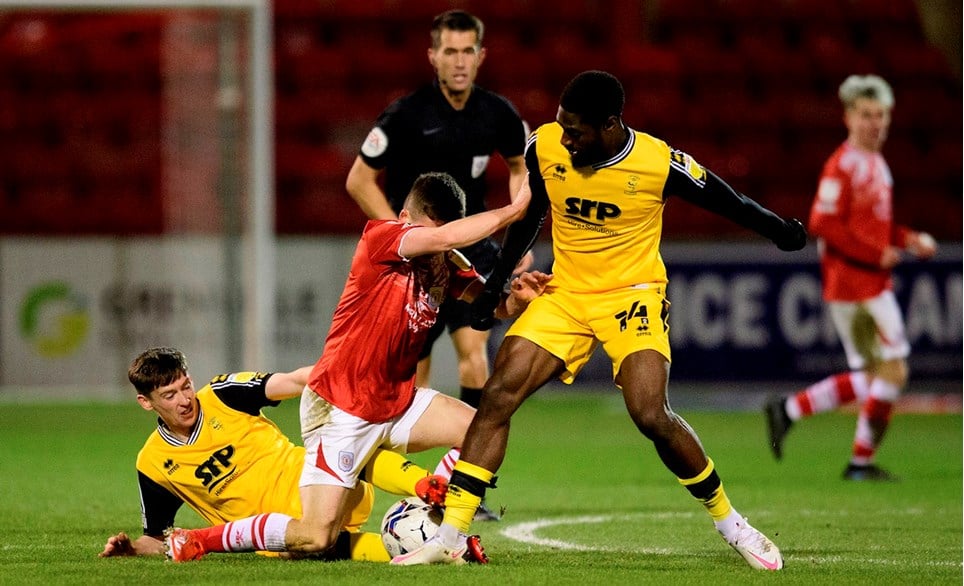 
It was a frustrating evening in Cheshire for the Imps as they were defeated thanks to two second-half penalties. 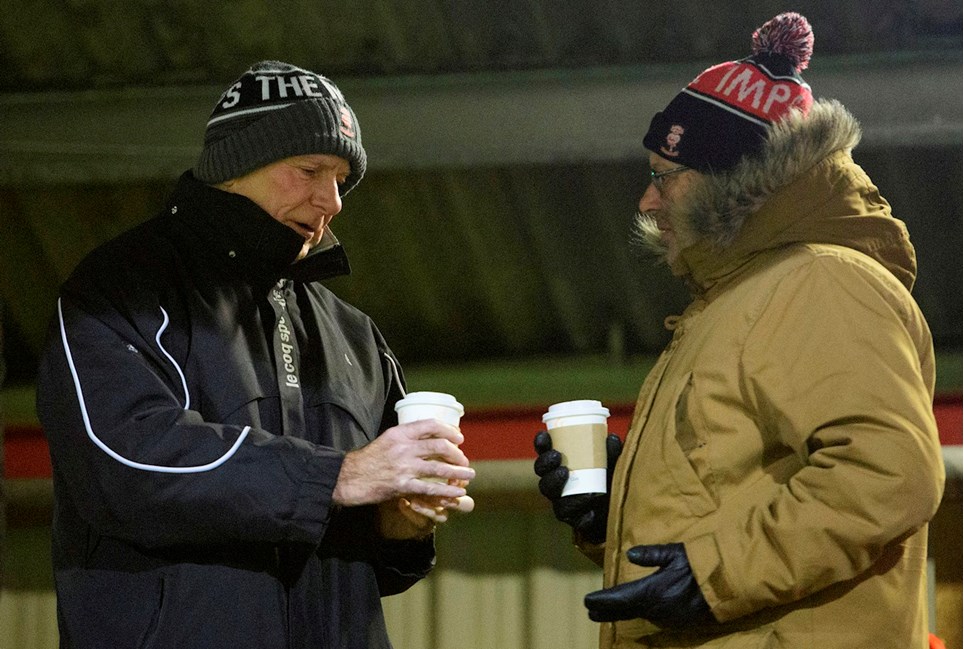 
More than 250 fans braved the bad weather to back the Imps at Crewe Alexandra.