Lincoln City are delighted to announce the signing of Brennan Johnson from Nottingham Forest on a season long loan.

Brennan who is a Welsh Under 19 and Under 21 international, has played all his club football to date with Forest after coming through the ranks from under 9 right through to the under 23’s before making his first team bow in August 2019 as a substitute in Forest’s opening game of the season against West Brom in the Championship.

Following his first foray into the Championship, the exciting attacker who is best described as a ‘number 10’ went onto make seven more appearances for Forest, against Derby and Arsenal in the Carabao Cup, as well as taking to the pitch at Stamford Bridge in the Emirates FA Cup.

Brennan ended his breakthrough season as a regular part of the Forest matchday squad and featured in two of their games in the ‘restarted’ Skybet Championship campaign where he made further appearances against Sheffield Wednesday and Huddersfield Town respectively.

The Imps Head of Football, Jez George, said he is pleased that the club have been able to secure the services of the 19-year-old who has been a target for quite some time and is pleased that his parent club see Lincoln City as the next step in his development as a player and as a young man.

“Brennan is a player than we have been working hard to sign all summer and discussions have been ongoing with Gary Brazil (Nottingham Forest’s Academy Manager) since lockdown.  We are respectful that he is a Nottingham Forest player and so the decision and timing of that decision has always needed to suit them, not us.  The fact that we have been able to get a deal agreed in the last couple of days, after so long chasing the player, is a reward for our persistence and patience.” He said.

“I would like to thank Gary for his help throughout the process.  We are delighted to be creating such a positive relationship with Nottingham Forest, having previously signed Jorge Grant on a permanent transfer and Tyler Walker on loan last season, and we look forward to working with another one of their really talented young players.  We thank Nottingham Forest for trusting us with Brennan’s development and for making this a football decision.”

The Imps take on Charlton Athletic this weekend at LNER Stadium and it's LIVE on We Are Imps iFollow, get your video match pass today for just £10 - CLICK HERE TO BUY YOURS NOW 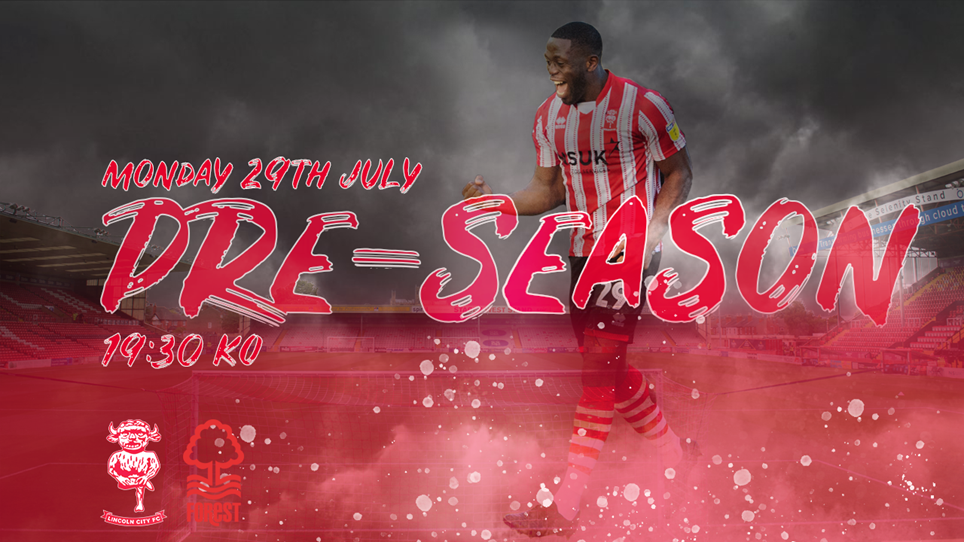 
We are pleased to announce the second game of our pre season friendlies which will take place at Sincil Bank, as Championship side, Nottingham Forest come to take on The Imps.