Whenever Lincoln City and Liverpool are mentioned in the same sentence, the first thing to pop into an Imps supporters’ mind is usually Jack Hobbs.

The six-foot three defender started his career with City, making his Imps debut against Bristol Rovers in 2005 where he came the club’s youngest Football League player aged 16.

Hobbs recalled the early stages in his Imps career and how he got picked up by the club: “I went to a football camp run by Morris Barnes, it was a half-term and he had links to Lincoln.

“A few of us who did well got the opportunity to go to Lincoln and that’s how it started for me. I remember training on the astroturf outside the stadium a couple of nights a week, and then playing for the youth ages at Ravensdale.

“I really enjoyed it and it was really good, we lived about an hour away so my Dad would always drive me up, I am thankful to him for making that effort. I came up through the ranks and would always give my all. I wanted to learn as much as I could.”

As the defender started to impress in the youth ranks at Lincoln City, Jack was quickly moved up to the Imps youth team, something he was delighted with.

“I remember just before I got to youth team age, Steve Walsh and John Schofield bumped me up an age group, I was delighted with that opportunity. I got my two-year scholarship as a YT; it was massive for me because people would always wonder who was going to make it as a YT, the aim for all of us was to get that scholarship.” 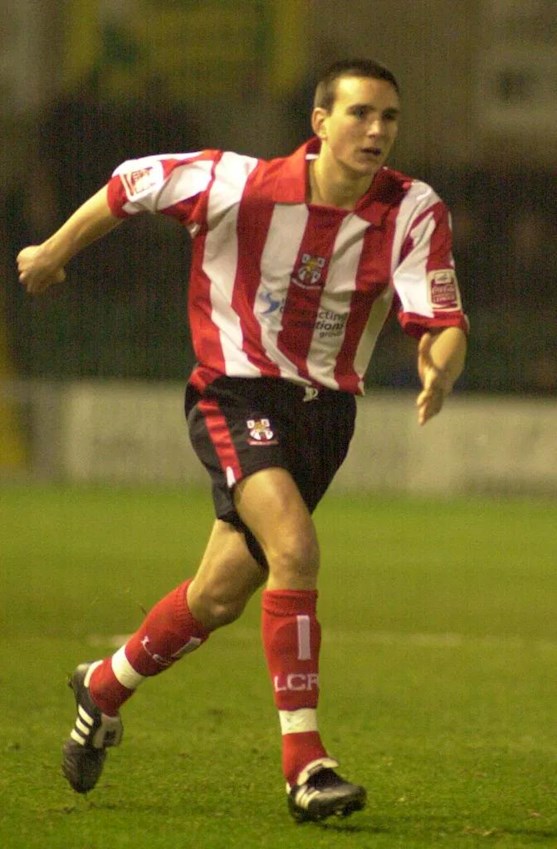 Hobbs’ progression through the Lincoln City setup continued at a fast pace, with the youngster starting to get a taste of reserve football.

“I was playing regular football at the youth team level with Lincoln,” said Jack.

“I then went to the reserve side which was full of first team players who weren’t involved at the weekend, the rest of the side was made up from young lads, we would play midweek games.

“I would play at the weekend for the youth team and then be involved midweek for the reserves. I felt like I was playing consistently well, I was then given the chance to train with the first team regularly and from there I was involved with the squad as the extra man.”

Hobbs went on to speak about how grateful he was to be involved with the first team, travelling to away games and regularly training with the side.

“I really appreciated being involved and included in the first team, even when I was travelling to away games and not being involved. At that age you are delighted to be a part of it.”

At 16 years and 149 days, Jack Hobbs became the club's youngest ever debutant when he came on as a substitute for Matt Bloomer against Bristol Rovers.

The defender looked back on that moment, describing it as "brilliant".

“I was put on the bench for the Bristol Rovers game and I came on for the last few minutes. I don’t remember too much of it, I won a few headers, played a long ball and I think I made a tackle. It didn’t really matter though because just to get on and say you have played a game in professional football was brilliant, I was delighted.

“As a youth teamer you want to break into the first team, and as a kid you think to yourself if you can play one game for the first team then it’s amazing, fortunately for me it happened.” 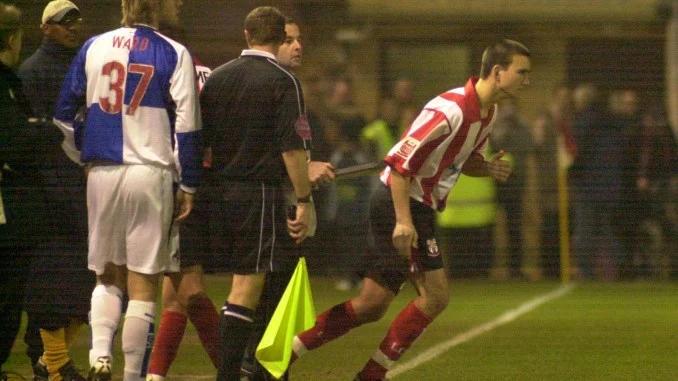 Following his early start to professional football, Hobbs was soon linked with moves away from the Imps as topflight clubs such as Arsenal and Liverpool expressed their interest.

“Around the time of my debut scouts would start to watch, and because I was quite young there was interest,” said Jack.

“Arsenal seemed to be the most interested at the time but that fell through, Liverpool then invited me up to do a couple of weeks training on trial, I went up there and eventually signed my first professional deal on my 17th birthday.”

The defender described the situation as a ‘whirlwind’ following his departure from LNER Stadium.

“It was crazy, I went from being a lad doing his YT at Lincoln and getting used to that, to then going to play for the reigning European Champions at the time.

“It was a whirlwind. I think a lot of people couldn’t believe it, including myself, I had to pinch myself. There was always that worry in the back of my head that it wouldn’t go through but once I signed there was a sense of relief. It was the perfect birthday present for me.

Hobbs went on to explain his first memories from arriving at Liverpool in 2005: “I went straight to Melwood, it was luxury. There were Lamborghinis in the carpark, a swimming pool and then the biggest gym I have ever seen, it was ridiculous.

“My Dad drove me up to Liverpool for my trial, there were the likes of Steven Gerrard and Sami Hyypiä, then Rafa (Benítez) came and introduced himself, it was madness and surreal at the time.”

Jack would soon return to LNER Stadium, but this time in opposition colours as the Imps welcomed Liverpool to the City for a pre-season friendly in 2006. Hobbs captained the Reds side which included the likes of Robbie Fowler, Fábio Aurélio and Mark González.

The 32-year-old spoke with fond memories of the match saying: “It was a brilliant experience; I remember the game really well. The Stadium was full, there were a few first team players in the Liverpool side and then younger lads like myself.

“A lot of my mates were watching, and I knew a few of the Lincoln lads like Freck (Lee Frecklington), Phil Watt and other boys from the youth team. It was a great event, and hopefully it was enjoyable for everyone involved with Lincoln City.

“For me it was a great experience, it is something in my career I look back on with great memories. It was the first time Liverpool have been there in years, it was amazing.” 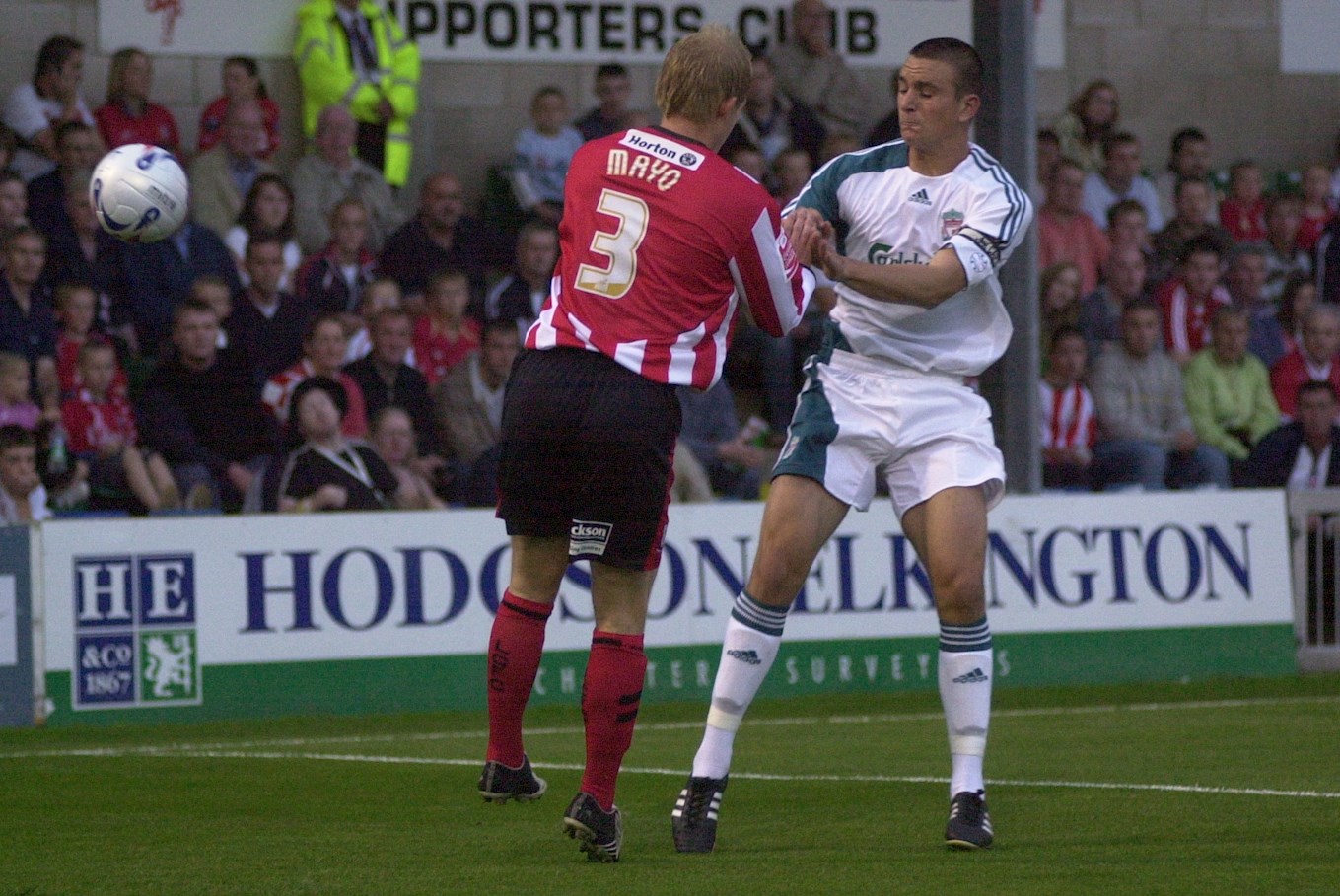 As the Imps welcome Liverpool’s first team to LNER Stadium for the first time since that friendly in August 2006, Jack explained how big the Carabao Cup tie will be for Lincoln.

“It is fantastic for the club, Lincoln have done fantastic since I was there, they obviously went down to the National League but have bounced back over the last few years,” said the defender.

“It seems like Michael Appleton is getting his stamp on the team, there is young blood in the side. Liam Bridcutt is an excellent signing; I know him personally and have played with him, so I know what he brings to the team.

“Lincoln need to go out and enjoy it, these occasions are fantastic, and you need to make the most of it. Always be positive and take the positive option, you are playing against Liverpool, so you want to go out there and have a go.

“You always want to test yourself and for some of the lads who haven’t played against this type of team, it will be a great opportunity.

“It’s such a shame we can’t have a crowd there, you can imagine a full house against Liverpool would be amazing. That’s gutting but the tv money will help the club out in these tough times.

“I really look forward to watching it.”

Hobbs finished by turning his attention to Liverpool’s side which is expected to feature a number of young players. The former Liverpool defender who made two Premier League appearances for the club explained how it will be an important game for the young players involved.

“I don’t want to overplay it, but this could be make or break for some of the younger boys at Liverpool, it could be the closest they ever get to first team football. It will be a fantastic opportunity for them because some lads will have been waiting for this after coming up through the academy.

“I expect a lot of energy, the young lads will be tactically well drilled and out there to impress. Hopefully there will be some big names involved, with some of the senior lads needing match fitness.

“I know Thiago played half the game at the weekend, so if he is involved that will be amazing to watch.”

You can listen to the game LIVE on We Are Imps iFollow by purchasing a match pass HERE.

The game is also live on Sky Sports and NOW TV, and broadcast around the world too. Please check with your local broadcaster for details. 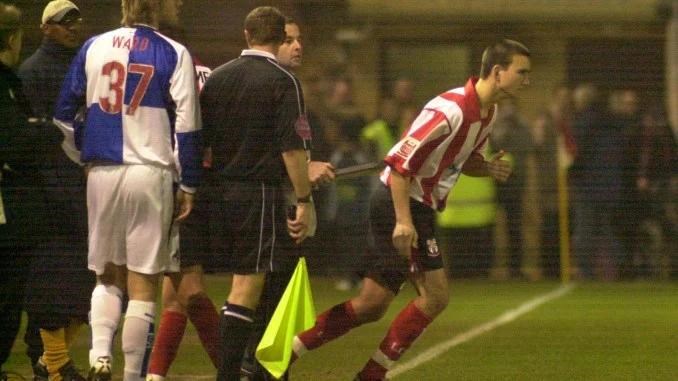 Hobbs makes return to the Imps


Jack Hobbs feels he is fulfilling his dream after returning to his roots as a coach within the Imps’ Academy.