Michael Appleton admitted it was a frustrating afternoon at LNER Stadium today after The Imps slipped to their first defeat in Skybet League One this season.

However, the City manager said that his side will learn a lot from the game against a side who were well drilled in the final third limiting the chances for The Imps to get back into the game. But it’s about learning from the experience to help the players make better decisions when in positive positions going forward.

“The biggest thing we spoke about afterwards was the frustration. Errors that certainly in the first part of the season in terms of the games we’ve played so far that you really haven’t seen us make.

“The effort and application was good, but we got into the final third so many times and the little pass would have opened them up but we just picked the wrong choice at times and it was the first of the league and cup games where we’ve done that.”

Despite the defeat Michael is pleased overall in what has been a positive start to the season and is now looking forward a full week on the grass at the Soper of Lincoln Elite Performance Centre as a really busy few weeks lies in wait.

“But I can’t fault the players, we’re ten games in, in all competitions and to have eight wins out of ten and be in the position where we’ve won four out of five league games it’s difficult to be too critical of the players.

“We’re going into a real difficult period like everyone is, next four to five weeks is pretty much a game every four to five days.

He continued: “We’ve passed a lot of tests in games in terms of going behind in games and going on and winning when teams have equalised and this is the real first disappointment we’ve had to feel as a group. So come Saturday the lads will be chomping at the bit.”

Make sure you get your We Are Imps match pass now to see The Imps in action at Fleetwood Town next Saturday, 16th October. You can watch the game exclusively LIVE for just £10. CLICK HERE to purchase your match pass. 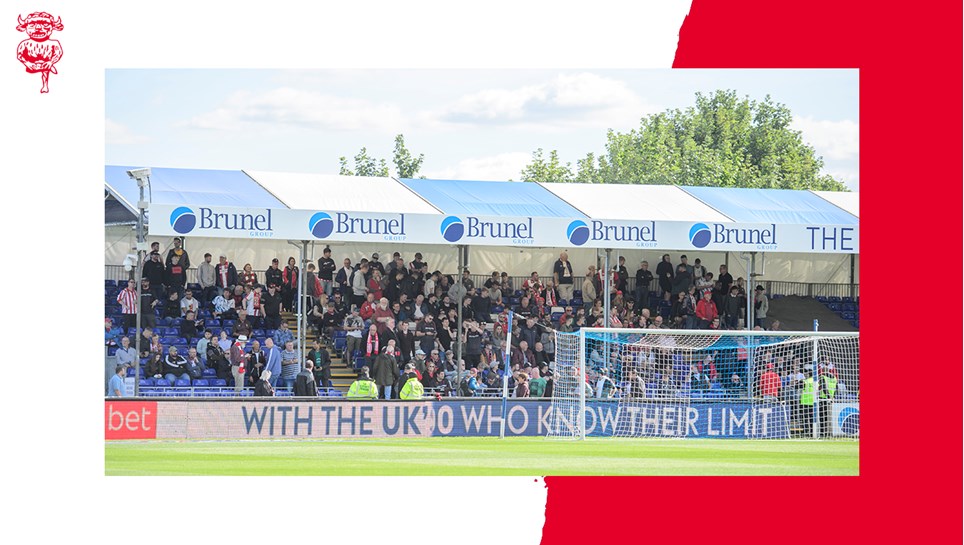 
More than 400 Imps fans made the trip to Bristol to back the lads as they recorded an impressive victory.