The Imps sit in fourth position in the Sky Bet League One table following midweek action against Portsmouth at LNER Stadium.

City have 22 points to their name from their 11 opening games, scoring 17 goals in the process. Experienced forward, Tom Hopper scored City’s goal tonight in a 3-1 defeat against Kenny Jackett’s side at LNER Stadium.

Imps midfielder Conor McGrandles explained that the side are going to work hard at the Soper of Lincoln Elite Performance Centre this week ahead of their FA Cup clash against Forest Green Rovers on Saturday.

“It was a disappointing night; we didn’t do enough tonight in both boxes and that is where the game is won.

“We will work hard in the week to improve that and make sure we come strong for Saturday’s game against Forest Green.

“We played some good stuff out there tonight, but we weren’t clinical enough in the box and that is something we will work on this week.”

The 25-year-old explained how the dressing room is looking at the bigger picture after winning seven of their opening 11 games and currently sit fourth in the Sky Bet League One table.

“We will look how to improve and what we can do better going forward.

“We are looking at the bigger picture, we have had a good start to the season beating some good sides, so tonight’s game is done and in the past.

“We are looking to move on to the next game this Saturday.”

Conor finished by speaking about Saturday’s opponents as the Imps take on Forest Green Rovers in FA Cup action at LNER Stadium.

The midfielder said he is enjoying his football with the Imps despite the heavy run of fixtures.

“I want to play every game and I am enjoying it here,” said City’s number 18.

“I am looking forward to getting back to winning form, hopefully we can do that on Saturday.

“We are playing a good side who will come with confidence, but if we play the way we have done previously when beating sides, we will do well and be confident.” 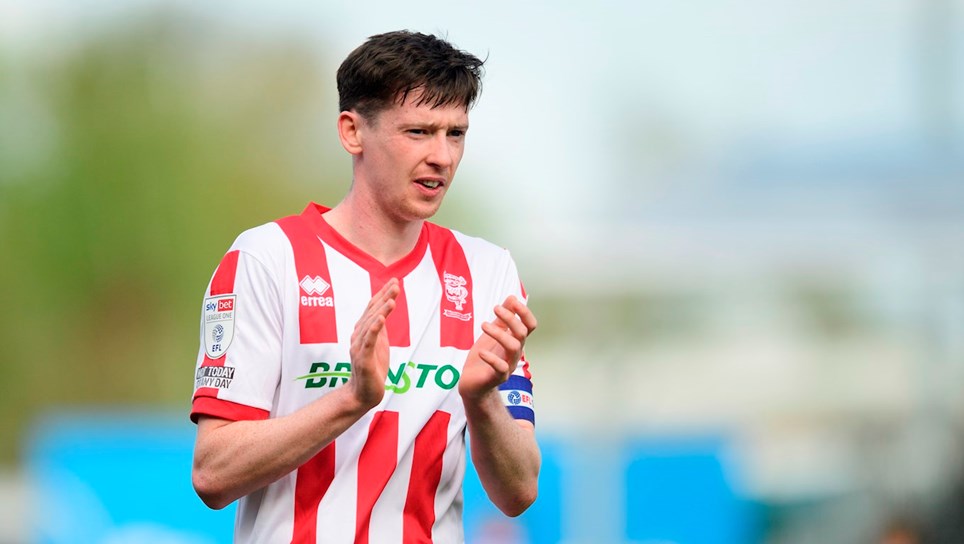 
Conor McGrandles will leave City this summer after informing the club he wishes to explore options elsewhere.