That’s the message from Michael Bostwick this week as he looks forward to this weekend’s game against Burton Albion at LNER Stadium. The 31-year-old is excited about The Imps’ getting back into Skybet League One action after the enforced break since the last outing against Gillingham.

Since becoming an Imp almost three years ago, Michael says the supporters have left a permanent mark in his mind and in this weekend’s exclusive chat which you can read in full in our Matchday Magazine, We Are Imps, he’s proud to have such a good relationship with the fans who back the side each and every week.

“It is a good feeling to be a fan favourite, of course, but the fans have been great with me in every single game I’ve played in since I’ve been at the club.  The fans at this club are amazing, they stick with us, they’re behind us no matter what’s going on.

“I would certainly like to say thank you for the support they continue to give us as there’s no doubt that they drive us to all the successes that we have on the pitch, it’s fantastic when they’re behind us.”

The effect that the club has had on the combative, all action player who admits the anticipation of getting out onto the pitch each week is something he relishes and he can’t wait to be out there putting his body on the line to help the team achieve their aims once again, because it’s the part of the game which he relishes. Michael admits that his love for the battle started in his teens and he’s enjoyed the defensive responsibility ever since.

“I’ve always enjoyed that side of the game, tackles, blocks, headers. The early experiences I had did help shape the way I play.

“Coming up here has been something that I’ve really enjoyed and I enjoy my football here. Sometimes you can fall out of love with football and I think I did that a little bit before I came here, but as soon as I got here I found the love and the hunger again and I’m more than ready to keep that going.” 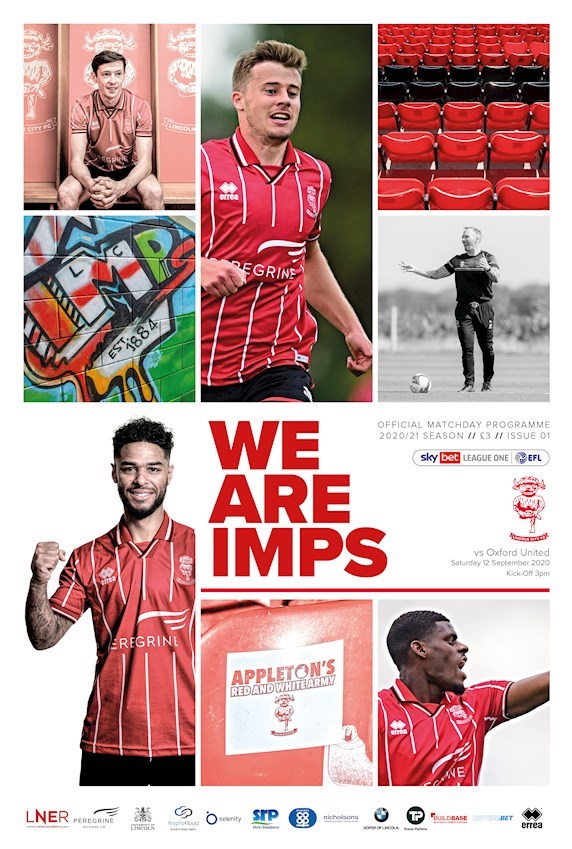 The match programme is back!


The renowned ‘We Are Imps', the official programme for Lincoln City home matches, will return for the new League One campaign - including all behind-closed-doors or limited-capacity home fixtures - as...

Watch us LIVE on We Are Imps iFollow this evening


With kick off fast approaching, we would like to remind supporters that tonight's Carabao Cup 2nd round tie between The Imps and Bradford City at The Utility Energy Stadium is being streamed LIVE on...