Imps midfielder Jorge Grant is hoping to put things right this weekend as City travel to Shrewsbury Town in SkyBet League One action.

The 25-year-old explained how the side have enjoyed preparation following a busy Christmas period: “Over Christmas you know it is going to be brutal and it was with the four games in a short space of time. So, it’s nice that this week we have had time to train and work on the upcoming games.”

Jorge continued by discussing how he is happy to play in the centre of the park as well as out wide in order to help the team.

“I have enjoyed being in the middle, especially in the second half against Peterborough,” said Grant.

“It has been enjoyable, so I don’t mind playing there. The more positions I play, the more I will learn about the game and that’s what I’m doing under the gaffer. I will play wherever he wants me to in order to help the team.

“When you play wide you need to do whatever for the team, whereas in the middle you are always on it. Sometimes you lose concertation on the wing, but you can’t afford to do that so playing in the middle has made me more concentrated in games.” 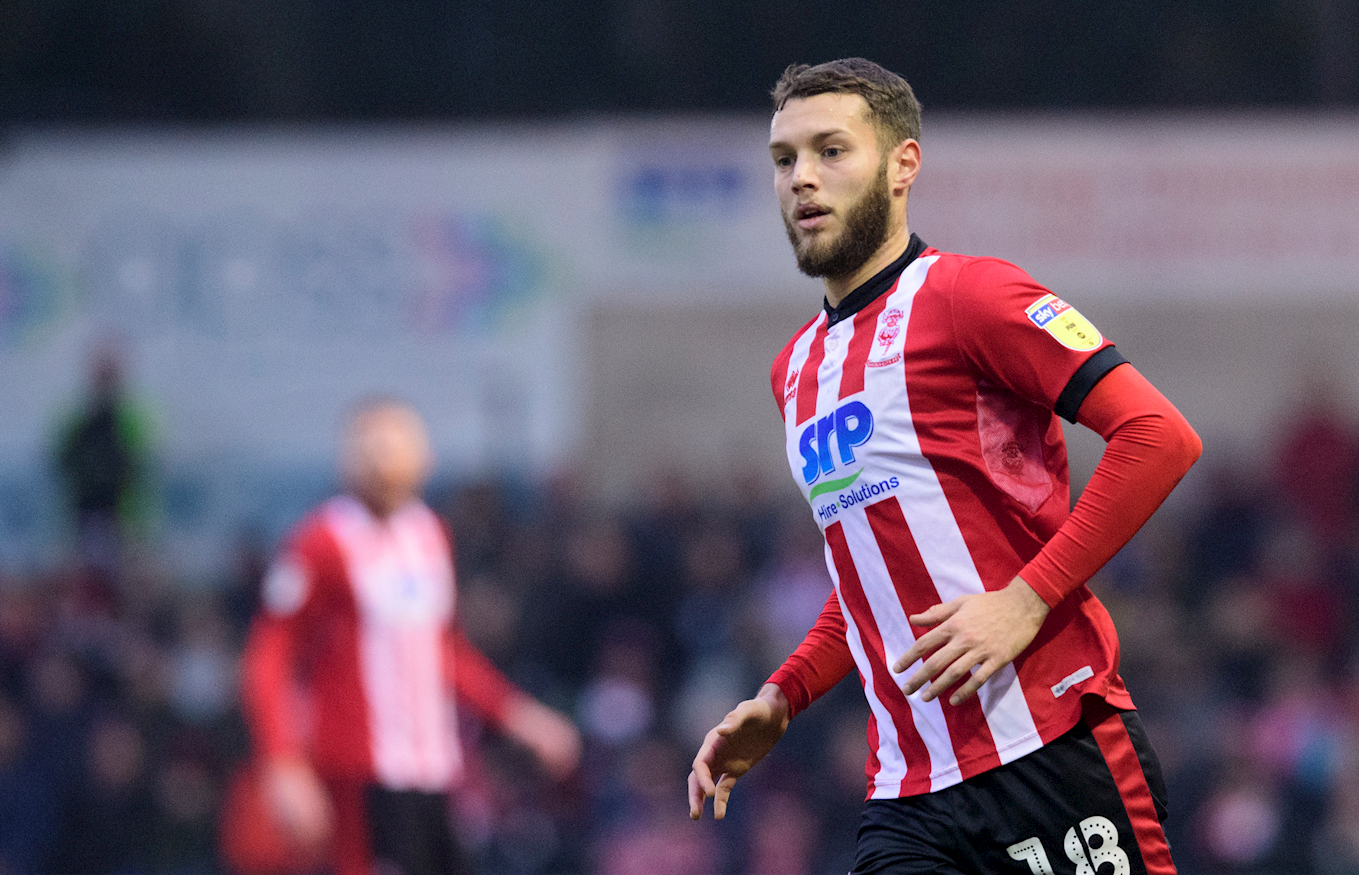 The Imps midfielder finished by joking about his winning free-kick against Peterborough, explaining how he has been putting in extra practice after training.

“A few of the lads were onto me for hitting the wall or hitting a few over, so I needed one to get them off my back a bit. I know my quality and I practice every week, practice makes perfect,” said Jorge.

“I like to go out and practice different things which can benefit me and the team in a game, so I work on a lot of different things after training. It is usually me, Payney (Jack Payne) and Ty (Tyler Walker) out there so it’s good practice for us all.”

Grant finished by looking towards this weekend, praising opponents Shrewsbury Town describing them as a tough side: “I thought the home game was tight with them playing three at the back but that become more of a five as we got into the game.

“They are a good passing team so we will have to be prepared for them as they are a tough team.

“We want to improve our away form and get a win. You need to learn from your mistakes, and we can all improve from last weekend because we weren’t good enough, we can never let that happen again.”