Joe Morrell was delighted to get on the scoresheet this evening to help The Imps romp to a five-one victory over Bolton Wanderers at LNER Stadium.

Although there was some initial confusion over whether the Welsh international’s shot did go over the line, he’s convinced the goal was his in what he said was a fantastic second half performance which has reaffirmed the belief that City are aiming high this season.

“I don’t score often, I think I’ve only been in the box three times this season!!!  So, to get a definite goal is pleasing, it’s not something that’s always been a massive part of my game so to chip in is important. The manager has spoken about getting goals from all parts of the team, not just relying on the front men and the attacking players so I’m really pleased and I’ll be making sure it goes down as mine!

“When I’ve played with Michael O’Connor in previous games and Conor [Coventry] today, I think they’re natural ‘sitters’ really which maybe gives me a little more licence to get forward a little more as opposed to playing in the middle with a more attack minded player like Jorge. We do work on concepts of more players attacking the final third and that’s probably why that goal has gone in today I’d imagine.

Joe continued: “I think we probably made it too hard for ourselves conceding straight after half time. That wasn’t the plan from us but we responded really well from that, we do have the capacity to score five goals, we proved that against Ipswich so to do that again just reaffirms that all round really.”

Joe said the win was one which is important as it pushes The Imps into a clutch of six teams within three points of each other in mid table, and it’s those above who the players and the management are aiming for next.

“We’re not looking below us and it isn’t something that we have done previously either. I know it’s natural for some to do, but in terms of what we’re trying to do we’re looking up and being optimistic about what we can do as we think we’re good enough to be in the top half of this division. Hopefully more performances like that will help us do that.” 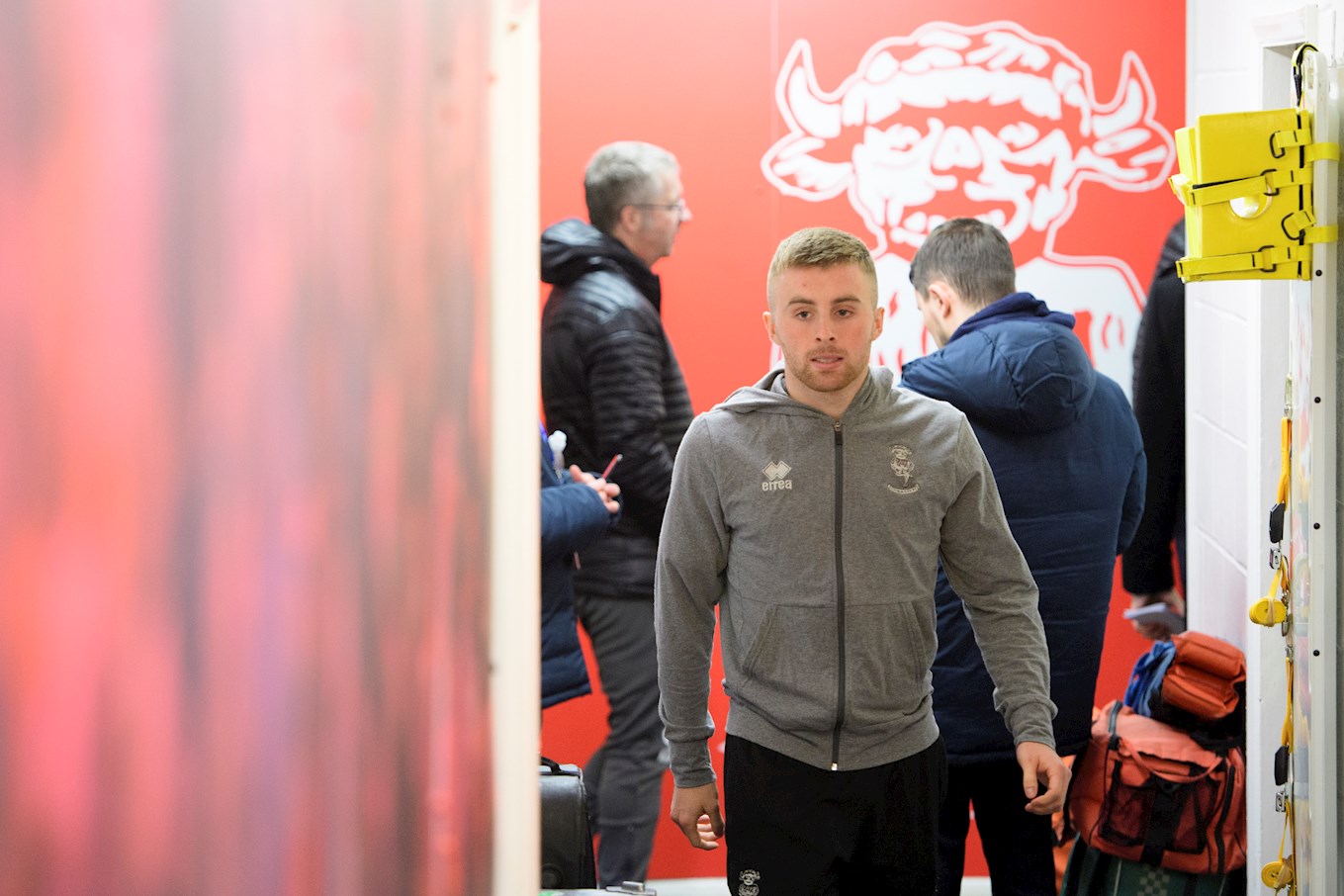 Finally, the popular midfielder spoke of how much he’s enjoying life at LNER Stadium and living in the City during a loan spell that will forever be etched in his mind wherever his takes career takes him in the future. But with the European Championships coming up for his country in the summer, he’s focussed on staying out on the field as much as he can to hopefully feature for the Dragons on the highest stage.

“In the future, I’ll always look back at this loan spell and it will always be a massive part in my career and the springboard it’s given me both at club and international level and I hope that I get to play more games here. I want to play at the highest level, there’s a big tournament [with Wales] that I want to be a part of and a lot of the reason why I’m in that team is because I’m playing games here. I was playing at a level that the Wales manager has seen and deemed good enough.

“I’m more than happy to be here, I love playing here, love my teammates and the supporters. Whenever it is that I do leave I will be disappointed, but I’m not focussing on that, I’m just loving it here to be honest.”