After completing the signings of four players yesterday, City manager Michael Appleton has spoken of his delight at capturing two players from the Premier League and two from the Championship to add more quality to his squad.

Tyreece John-Jules joined The Imps after recently having a taste of the first team squad at Arsenal. The young striker who has been attracting the eyes of numerous clubs really is a statement capture for the club.

“If I said a few clubs were after him, then I’d be under playing it.’ Michael said.

“Again, it comes down to the trust that Arsenal have in us as a club and a group to look after him and develop him in the right way. Tyreece can be anything, if the loan goes well, we’re all touching wood that it does, don’t be surprised if you see him playing as Arsenal’s number nine at some point in the future.

“That’s the message we got from Arsenal when we were speaking to them, that’s how important they see this loan and that’s why they felt they had to get it right. He had to go to the right football club and we feel privileged that they’ve chose us as the ones to fo that.

"He’s a bright kid, very humble but what he has got is he’s got good pace, he can run in behind, he really wants to run, he’s a fantastic finisher and he’s desperate to do well after the conversations I’ve had with him.” 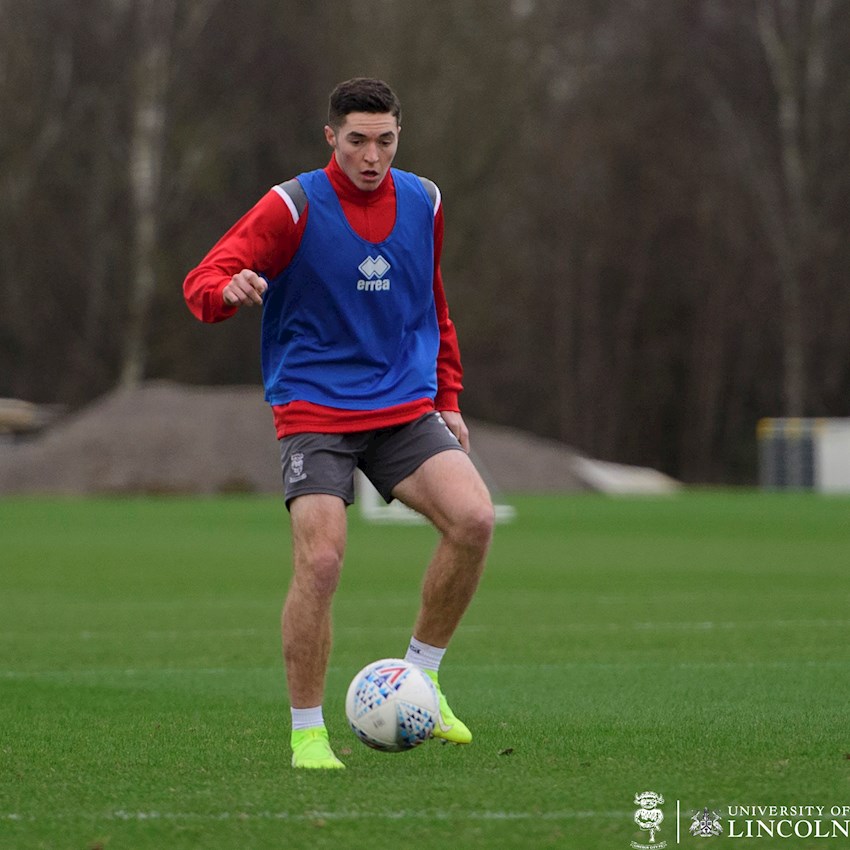 The Hammers see Conor as part of their planning going forward but Michael is pleased that the relationship with the Premier League club is such, that they trust The Imps to help the young Irishman grow as a player and as a man during his spell with City in readiness for top flight action in the future.

“He’s got a fantastic range of passing and bags of energy, his energy is incredible, he doesn’t stop running.  Be it short passing or long passing, he’s got bite in the tackle and someone that West Ham think very highly of.

“I’m sure once he settles down and gets to know the club and the players I’m expecting some big performances from him.

“The clubs we’re taking them from have confidence that we’re look after them and coach them properly, not just as a player but a person off the pitch as well. It works both ways, for a period of time he’ll help us push on a little bit and develop as a group and at the same time he gets the chance to be exposed to League football as opposed to Under 23’s football.”

Max Melbourne and Tayo Edun both came in from clubs in the second tier of English football, both on permanent deals and they’re both players who the City boss has admired for quite some time.

Speaking of Max, The Imps’ boss says the club have a real asset and a player who has a bright future and Michael was certain he wanted to try to make Max’s loan deal a permanent one as soon as he could.

“It was something I wanted to do right from the start, I’ve been speaking to Max since I came into the club.

I worked with him for a small period of time at West Brom before coming here to Lincoln and I just think he’s got great attributes, he’s got fantastic athleticism, he’s so quick.

“He’s [Max] been a little unfortunate in that Harry [Toffolo] has played so well as he has done this season. I think Max has done well in the games when he came in for the Leasing.com but the fact that he can cover left sided centre half is a bonus but I just see him from a long-term point of view. He’s a good asset to the football club and he’ll push and does push Toffs every day in training.”

Michael is excited by the prospect of Tayo Edun pulling on the shirt of the club over the next few years. The young Englishman has starred for his country already in his career and he still has plenty of time to develop even further.

“He’s someone who I’ve known about for a while, he’s played in a lot of the age groups with England and I know a lot of the coaches who have worked with him. They all speak volumes of him as a player and an individual.

“He’s coming here to make his mark and play, and that’s the language he’s using to me which is very good. He’s an exciting young player with a good range of passing, he’s tenacious as well and someone who I’m really excited to work with.”

“Tayo’s going to be an exciting signing for the club, I’m certain he will be. He’s going to take a little time to get up to speed because he’s been playing under 23’s football for a short while but ultimately we’ve got a guy who’s signed for the club, he’s committed, he’s a signing on a two-and-a-half-year deal. That’s how much we wanted him.”

“He was being chased by numerous clubs, at one point we thought we were out of the race but we had an opportunity to show him round and when he came in and saw the fans it blew him away.”