The latest Imps’ signing Anthony Scully can’t wait to get started out with his new teammates after signing for the club from West Ham United.

The Republic of Ireland attacker is keen to get his first taste of League football with The Imps and experience the atmosphere at LNER Stadium after signing an 18-month deal with the club. After spending his formative years to date coming through the ‘Academy of Football’ with the Premier League club, he jumped at the chance of making his first permanent move away from The Hammers.

“I was at West Ham and I’ve been playing the last six months with their under 23’s and I was looking to go out on loan but when the option was there to come here on a permanent deal, I got it sorted straight away.

Anthony said that after speaking to his current international and now former colleague at West Ham United, Conor Coventry, the move to The Imps was even more appealing, however, he does say there are a few butterflies ahead of linking up with the group but he knows that once the hard work starts, things will soon become familiar.

“I’ve been talking to Conor over the last week or so about the club and the lads and he’s had nothing but good things to say so I can’t wait to get started.

“I’ve been away with Ireland meeting different players, so I know coming here it’ll be a little nerve wracking meeting the new lads and getting into the new environment. But once you’re in there, after a week or so it’s pretty much about training and playing, you settle in and it’s all fine.”

Anthony’s first opportunity to be part of the City matchday squad comes this Friday evening when we take on Rotherham United at LNER Stadium, tickets are selling out fast, but there are limited numbers available and can be purchased online HERE.

Remember, if you can’t get to the stadium on Friday night, the game is available to be streamed domestically on WeAreImps iFollow for just £10. 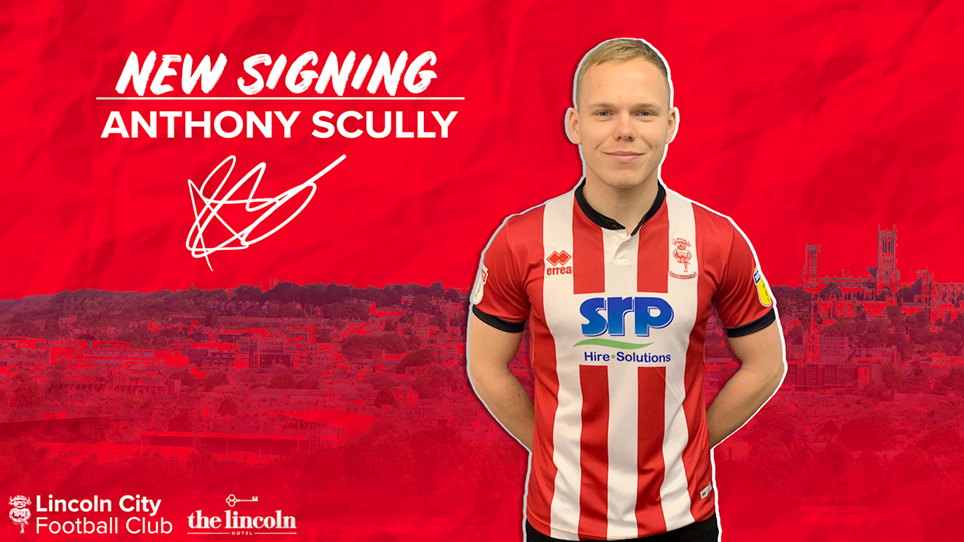 
We are delighted to announce the permanent signing of Republic of Ireland Under-21 international forward Anthony Scully from West Ham United.