Remy Howarth made his first Sky Bet League One start for the Imps this evening as they faced Shrewsbury Town at LNER Stadium.

The midfielder came close to scoring a number of times, however, the away side went home with the three points following Shaun Whalley's 38th-minute goal.

The Imps currently sit fourth in the Sky Bet League One table with 32 points and travel to Northampton on Saturday. City fans can watch the action live with a WeAreImps iFollow match pass, get yours HERE.

Remy Howarth spoke after this evening's match at LNER Stadium describing it as the "most bizarre game" he had played in.

"We were on top, we had attack after attack but we lacked that final little bit. We will take positives from the match though and move forward to Saturday.

"We will look back at the clips and go to Saturday with full focus, we have a lot of great players in this team and we will work hard.

"I am looking forward to sitting down with the Gaffer and going over the clips from tonight."

The midfielder continued by speaking about Shrewsbury saying: "We knew they would get tired in the second half, we kept pushing up the pitch, we had a lot of attacks.

"We controlled the second half, and on another day we might have got one or two, maybe even three. They played five at the back but we kept getting in dangerous areas.

"We can only look to the next game and build on the positives."

Remy finished by speaking on a personal note, following his first league start for City: "I am buzzing to have started, I have been waiting for my time and hopefully the Gaffer is pleased with what he has seen from me." 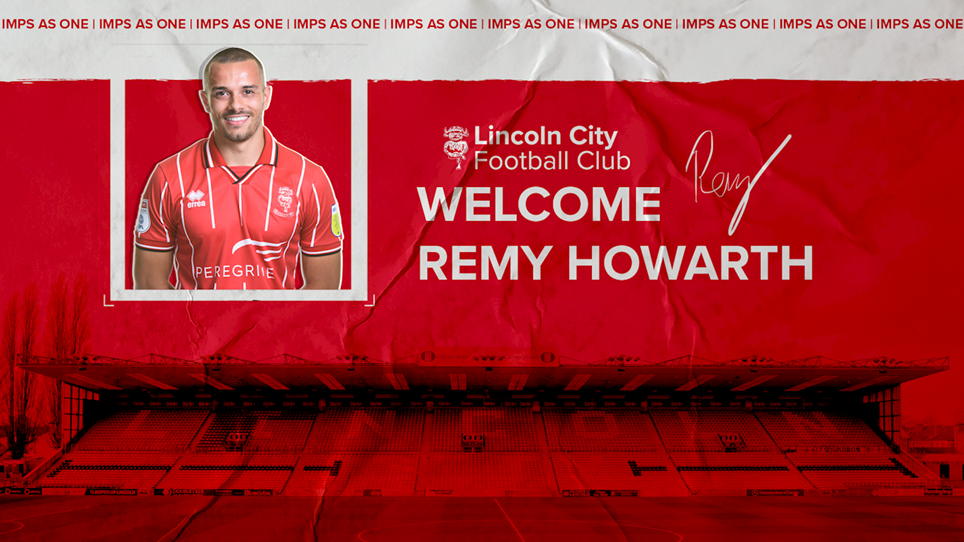 
Following a successful trial in pre-season, Remy Howarth has signed a one-year contract with The Imps.