This summer Lincoln City Football Club Academy squad travelled to the Netherlands in pre-season, making their first ever trip into the continent as part of the pre-season preparations after being selected to take part in the Erasmus+ initiative.

The ‘Erasmus+’ tour is run by the League Football Education (LFE) which provided City’s youngsters the opportunity to integrate with players and coaches from across Europe, sharing experiences and coaching to learn new skills and and insight into education, training and sport.

Also, for many, it was the first time the scholars had been away from home for any length of time, giving them valuable life experience alongside further developing their football knowledge and of course, giving an opportunity to bond with their new teammates.

Jasper Tetlow, one of the latest recruits to the academy squad who went on the trip, said it was invaluable and even now, the group are still feeling the benefits of the summer preparation.

“The biggest thing I learnt about myself is that I'm able to persevere through mentally challenging situations and maintain a professional and determined mindset that I held throughout the trip.

“In relation to the group, it was clear to see how much closer as a team, on and off the pitch, we had got. The positive relationship that was established in Holland can still be sensed around training, we definitely benefited from the two weeks we had away together.”

During the tour the youngsters played two competitive friendlies, taking on Sparta Rotterdam, and German team SV Meppen and ending the trip with a tournament at the home of FC Volendam, the Kras Stadion. 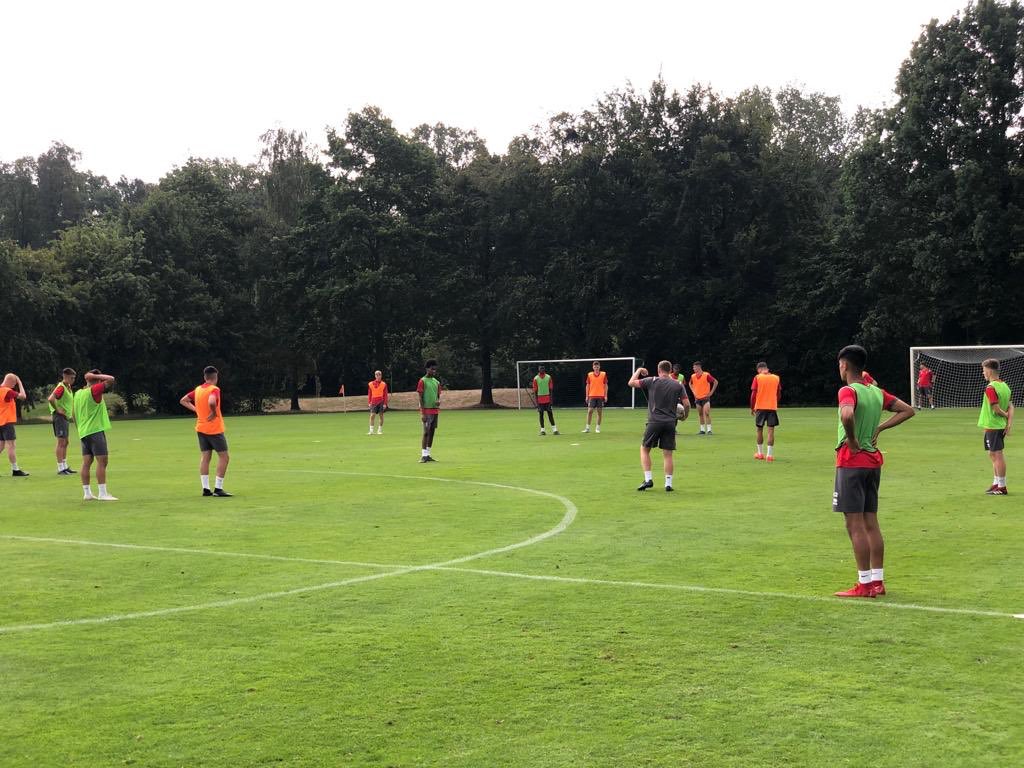 Coaches from FC Volendam, also known as ‘The Other Oranje’ took on two sessions of coaching with the young Imps, imparting different knowledge of the game and different techniques as part of the Erasmus+ initiative. Meanwhile, away from the pitch the City coaching staff exchanged ideas and principles with the coaches from the host club, so it was a learning experience for those off the field as well as on it.

City youngsters Josh Woodcock and Cameo Scott admitted it was hard work, but very helpful: “We had a tough morning training, it was a completely different style of football to what we were used to and it was was a test to how we would deal with that and different formations, you need the right mentality to be able to do that.”

“It’s great, the coaches push us to work harder, the atmosphere is about having a winning mentality. It’s really good,” Cameo said.

FC Volendam Youth Coach Cees Keizer, who led one of the sessions with the young Imps, thought the players learned a lot from the session and were an attentive group as they adapted to a new training style.

“They listened carefully and it’s always nice to work with those sorts of players. When you see something evolving, the level was a little surprising because you can’t predict beforehand what it will be. It was nice to see them play in this environment, we focussed on attacking phase one, I tried to do it like we do at Volendam, the Dutch way of playing a lot through the centre (of the field).”

Upon their return from Europe, the players were to meet with the board at Sincil Bank to give a flavour of their pre-season trip, adding another experience to their skillset as they created and then presented a talk in the boardroom at the club.

Jasper along with Cameo were selected from the academy squad to speak to the board about the trip and said that he was glad to have been given the chance to showcase their achievements during the trip, which was overall a real good platform for the season ahead both for the squad and on a more personal note.

“The preparation that went into it set us up really well, throughout the week leading up to the presentation I kept reminding myself of the saying, 'fail to prepare, prepare to fail'. Because of this, I wasn't overly nervous during the actual presentation. I thoroughly enjoyed speaking to the board, it was a great opportunity to show the board what the U18's are doing and how we are representing Lincoln City.

“On a personal level, the trip was very beneficial. I built an off-pitch relationship with everyone, whether that was a player or the new sports scientist Jordan (Tyrer), I took advantage of the time we had to create an atmosphere that I believe to be necessary for success.”