The Imps return to Sincil Bank this weekend facing Graham Coughlan’s Bristol Rovers in SkyBet League One action.City’s home league form has been impressive with Lincoln yet to concede or lose a game at Sincil Bank this season.The Imps are currently fifth in the SkyBet League One table on 12 points, just three points away from last week’s opponents and current top spot holders Wycombe Wanderers.

Alex Rodman opened the scoring for the Gas after four minutes before Stanley quickly fired back to take the lead through Jordan Clark and Sam Finley.

Jonson Clarke-Harris scored the equaliser for Bristol just before half time, however, the action quickly resumed with Accrington’s Séamus Conneely seeing red in the 49th minute.

Clarke-Harris was on target again in the 63rd minute, however, former Northern Ireland U21 Dion Charles scored a 77th-minute penalty to make the scores level.

Rovers are yet to win away from home this season with their opening day fixture ending in a 2-0 defeat to Blackpool. The Gas have also lost to Coventry, Burton and Plymouth Argyle away from home in all competitions this season.

Bristol Rovers boss Graham Coughlan believes his side are fully prepared for Saturday's trip to Sincil Bank following a week with no Tuesday night fixture.

The 44-year-old spoke to the club website about his preparation, explaining how the side have done their research on Lincoln: “We have had plenty of rest and done a lot of analysis on the opposition, we have also had some good days training which allows the boys to rest and prepare.

“They are a well drilled and oiled machine who have come through the division’s up from non-league.”

Coughlan continued by discussing the characters in Lincoln’s side explaining how they will play a big role on Saturday: “They will know what to do and they know their way around, I know a few of their players in their squad who are the natural leaders.

“They have got leaders, they have a point to prove and they will want to show that they are good players. We feel we have identified a few weaknesses in the side which we can go and try to expose.”

The last time the Imps faced Bristol Rovers in Football League was during the 2007 League Two Play-Offs. The Gas came out as winners over the two legs winning 7-4 on aggregate.

Simon Yeo, Ben Futcher and Gary Taylor-Fletcher were all on the scoresheet as Lincoln beat Bristol Rovers 3-1 at Sincil Bank in 2003.

Futcher was also on the scoresheet, the season before as Lincoln beat Rovers 2-1 at home with Danny Webb also finding the back of the net for the Imps.

One to Watch – Jonson Clarke-Harris 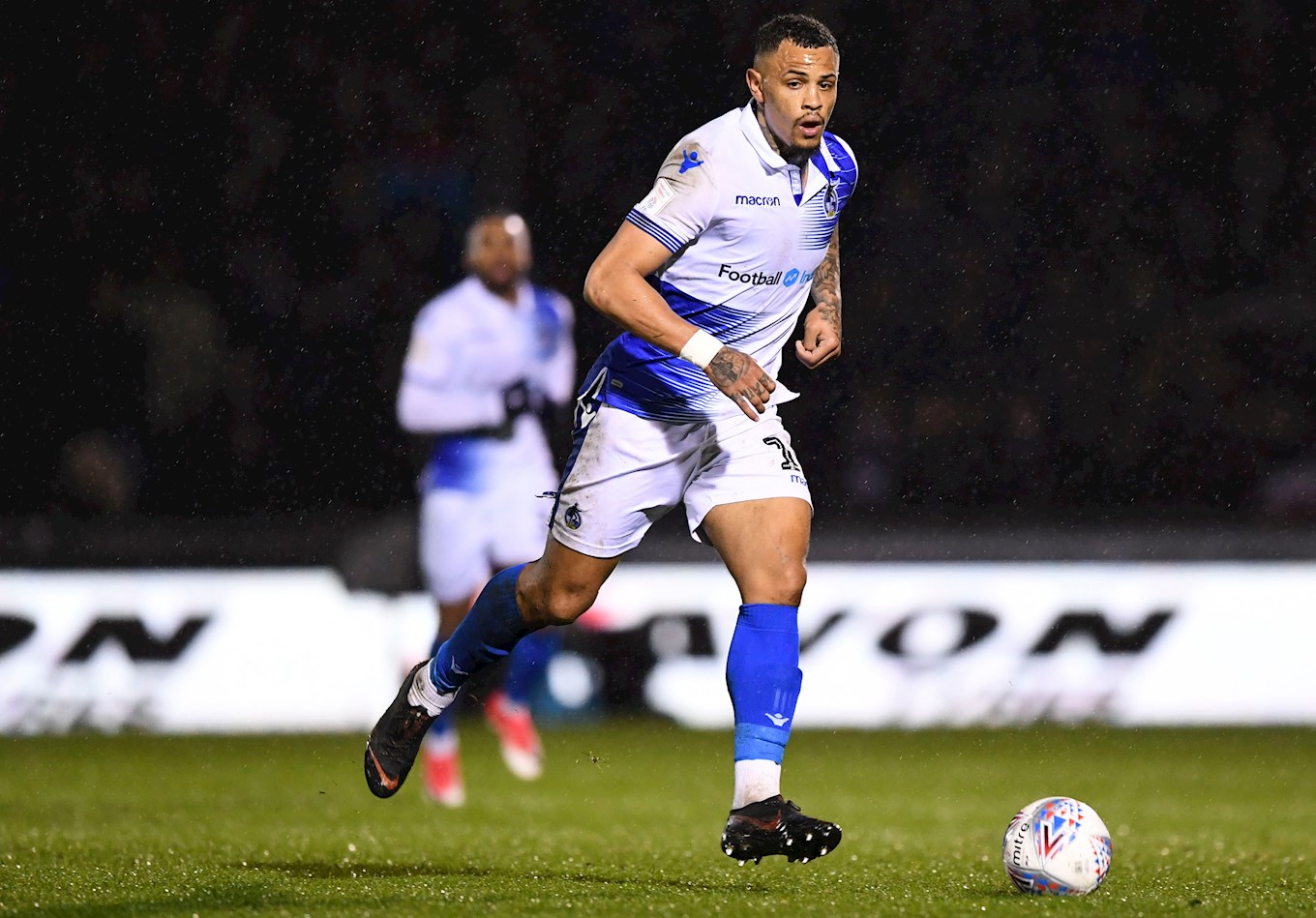 As Bristol Rovers’ top scorer this season with four league goals, Jonson Clarke-Harris is the man to watch on Saturday.

The 25-year-old forward arrived at Memorial Stadium in January 2019 from Coventry City, a club he has had three spells with, initially coming through as a youth player in 2010.

Clarke-Harris set the record with the Sky Blues as their youngest ever player aged 16 years and 20 days old.

Last season the forward scored 17 goals in total for both Coventry and Rovers including a hat-trick against Blackpool. Clarke-Harris was also named League One Player of the Month for March 2019.