We take a nostalgic look back at five players who have featured for both The Imps and The Gas this week, as he head closer to the latest meeting between City and Rovers at Sincil Bank on Saturday.

Coming up through the ranks at Blackpool, Lee Thorpe arrived at Sincil Bank in 1997 after making just 12 appearances for the Tangerines.

During his first season with the Imps, Thorpe scored 14 goals in all competitions making 44 league appearances as City gained promotion to Division two.

The striker went on to become a prolific player for City and was the Imps' top scorer in all competitions in each of his five seasons at Sincil Bank. Thorpe scored 67 goals in 233 appearances for Lincoln making him the clubs 10th top scorer of all-time. 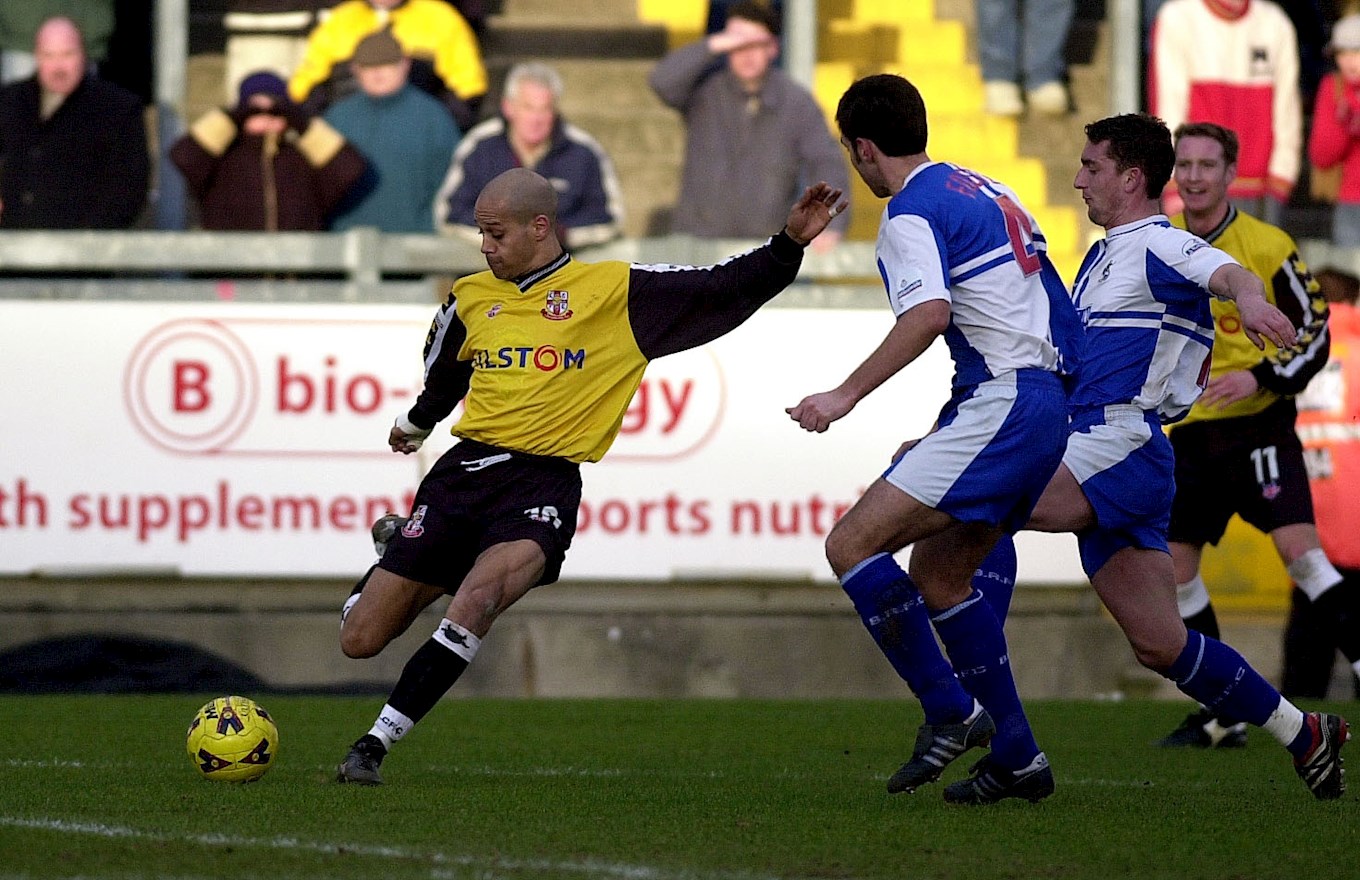 After leaving Lincoln for Leyton Orient in 2002, Thorpe went on to sign for Bristol Rovers two-years later. The forward scored four goals in 35 appearances for the Pirates, including one goal which came against the Imps.

Former England U18 Jamie Forrester featured for Rovers between 2004 and 2006 after leaving Hull City. The forward made 52 appearances scoring nine goals for the club before going out on loan to Lincoln City.

During his loan spell with the Imps, Forrester had an instant impact scoring five goals in nine league appearances. The former AJ Auxerre youngster went on to sign permanently for Lincoln ahead of the 2006/07 season where he scored 18 goals in 39 league appearances. 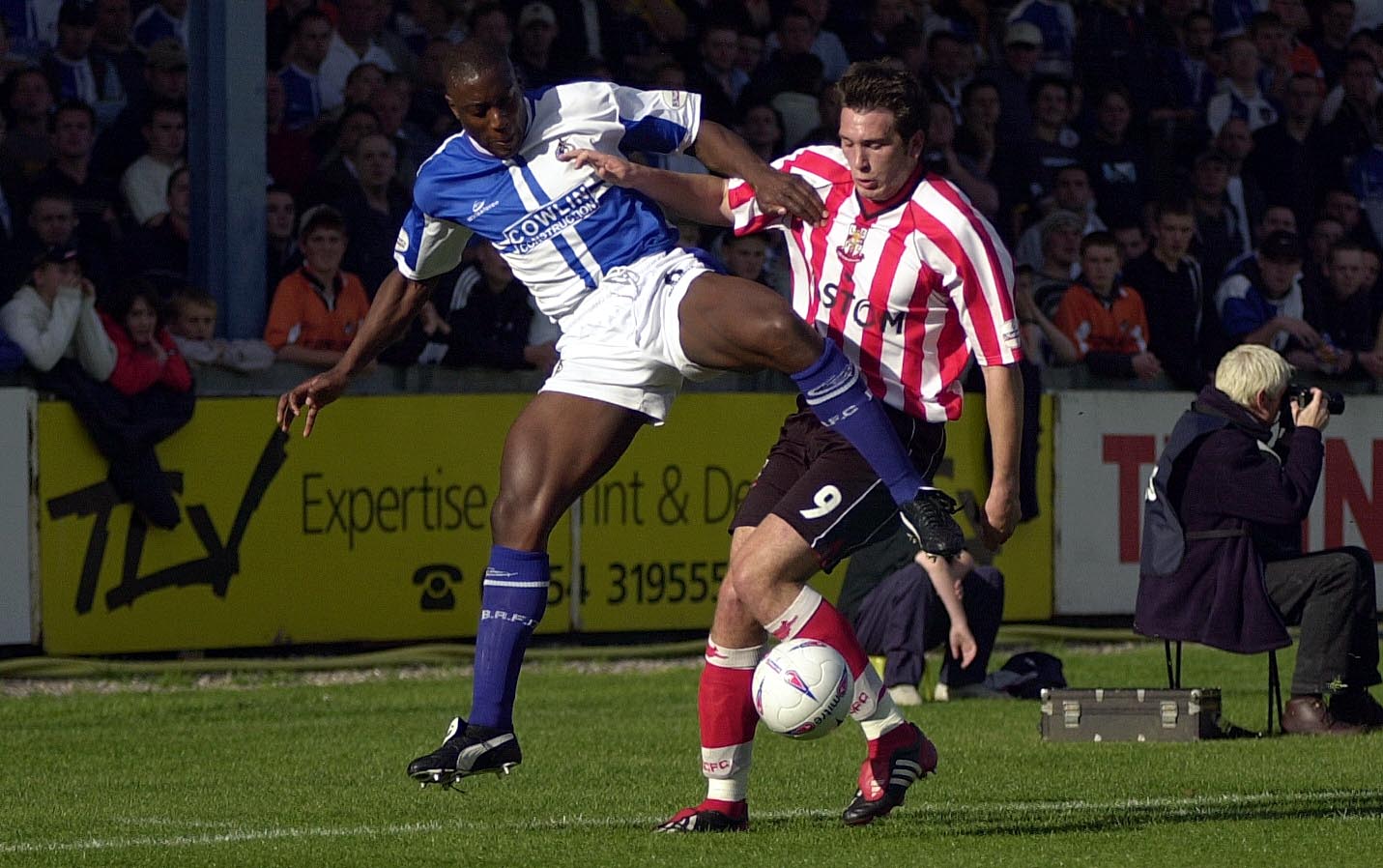 Defender Kevin Austin started his career with Non-League side Saffron Waldon Town before signing for Leyton Orient in 1993.

After three-years with the club, Austin signed for Lincoln City for a fee of £30,000 going on to become a first team regular at Sincil Bank.

The defender won Lincoln’s Player of the Season award at the end of the 1997/98 promotion campaign after making 46 appearances for the club. Austin’s only goal for Lincoln came against Man City in October 1998.

After leaving the Imps for Barnsley in 1999, the defender went on to play for Brentford, Cambridge and Kettering before signing for Bristol Rovers in 2002 following the appointment of John Still as assistant manager.

Austin made 61 appearances for Rovers before joining Swansea City in 2004.

Gambian international Mustapha Carayol had a brief spell with Lincoln City during the 2010/11 season before departing for Saturday’s opponents Bristol Rovers.

The winger arrived at Sincil Bank off the back of a loan spell at Kettering Town from his parent club Torquay United. Carayol made 24 league appearances for the Imps scoring four goals in all competitions before joining Rovers for an undisclosed fee.

Carayol’s impressive performances for Bristol saw him score four league goals in 30 appearances whilst also getting six assists to his name.

The winger went on to play in the Championship for a number of clubs such as Middlesbrough, Leeds United and Nottingham Forest.

A talented forward, John Ward signed professional terms with the Imps in 1971 after appearing for Lincoln’s reserve side. Ward started to feature regularly for City during the 1972/73 season when he scored eight goals in 17 appearances.

The forward was a regular goal scorer for Lincoln and is especially known for his goal scoring exploits during the 1975/76 season which made him a fan favourite after scoring 29 goals in all competitions.

Despite suffering a serious injury during the 1977/78 season, Ward secured a move to Watford in 1979 for a fee of £15,000 following his former manager Graham Taylor to Vicarage Road.

After returning to Sincil Bank for a brief spell in 1982, Ward scored a total of 99 goals for the Imps from 263 appearances, making him the club’s fifth top goal scorer.

The forward turned to management in 1991 with York City, before making his move to Bristol Rovers two-years later. Ward went on to manage Bristol City, Cheltenham, Carlisle and Colchester before returning to Memorial Stadium in 2012.

The 68-year-old guided Rovers from the relegation places in League Two to a mid-table finish during the 2012/13 season finishing with a 50%-win ratio. After being replaced as manager by assistant Darrell Clarke, Ward took up a role as Director of Football with the club.