The Imps have been given some positive news on the injury front as club captain Lee Frecklington has returned to full training this week.

Frecklington is yet to feature for the Imps so far this season, and hasn't started a game since the 2-2 draw with Stevenage in February.

"There has been a little bit of progress on Freck," Michael Appleton told the media in the Peachy Events Media Suite at Sincil Bank Stadium.

"Hopefully we’ll get another couple of good days in him this week. It’s going to be some time until he is considered part of the squad, but it’s a good sign."

Michael Bostwick hasn't been involved in any of Appleton's squads since his arrival in September after suffering a calf injury in the Bristol Rovers fixture.

Long-term absentee Ben Coker, however, has received some positive news in recent days.

"Bozzy hasn't been not on the grass yet, so he is still a while away.

"Cokes has had a good couple of grass sessions with the medical staff, but away from the squad, and he may flirt in and out of things we do in a non-contact format.

"Other than that, I think we’re okay." 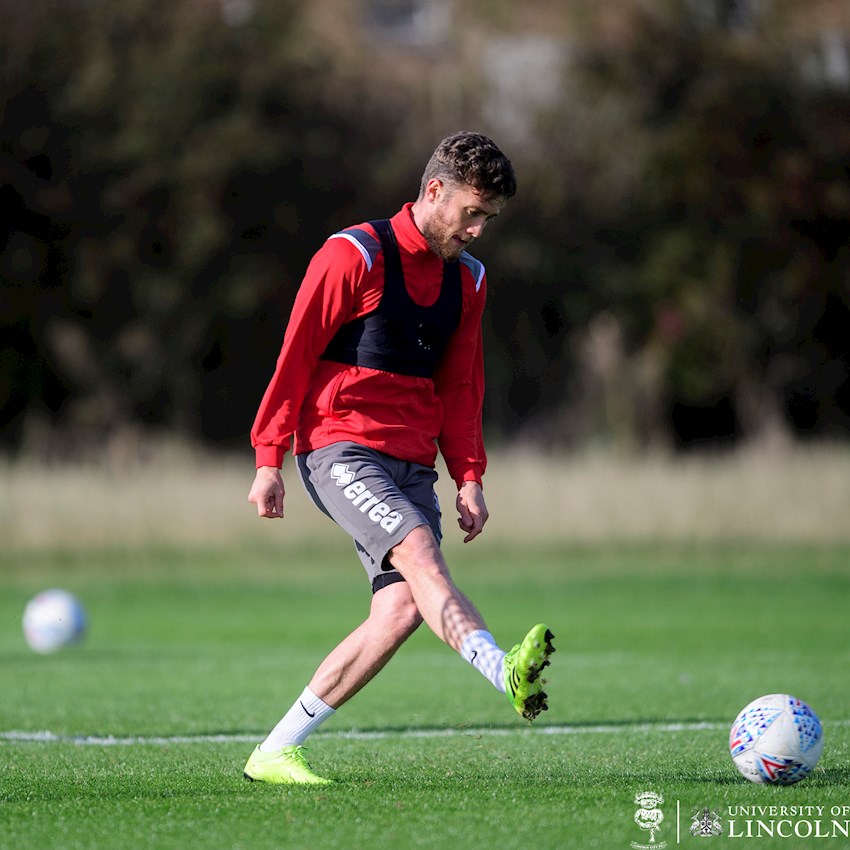