Times have been fairly strange for Southampton loanee Jake Hesketh, but now it’s simply a case of putting his injury behind him as he targets a run in the first-team. The 23-year-old is grateful for the help received throughout the last leg of his recovery, and he’s determined to get fitter and firing in the red and white of Lincoln City.

Hesketh said, “It’s always strange being brought in by one manager and, before you get up fit and running, he’s left. That’s a bit of a weird one but the new manager’s come in and everything’s settled down now.

"Everyone’s been really helpful towards me in getting me over my injury. I’ve got through the rehab stage of my injury and getting my fitness back.”

The attacking midfielder is still targeting his first league start for the Imps, having last started in the EFL for MK Dons at the end of April. It was during his spell with the Dons - which ended in promotion alongside the Imps - that alerted the City management team to his talent.

“It’s something I’ve felt I needed to do; to get out and play senior football more is important,” he continued. “Last year was nice to be out there playing every week. It’s obviously a different experience to what I was used to. I felt like I had a good game against Lincoln last year. I knew I’d impressed the manager that day.

“I know a few people that have been out on loan before, so I spoke to them to see and get a feel for it. There are a lot of things that go into a player moving out on loan, it’s not really as simple as the player just wanting to go.” 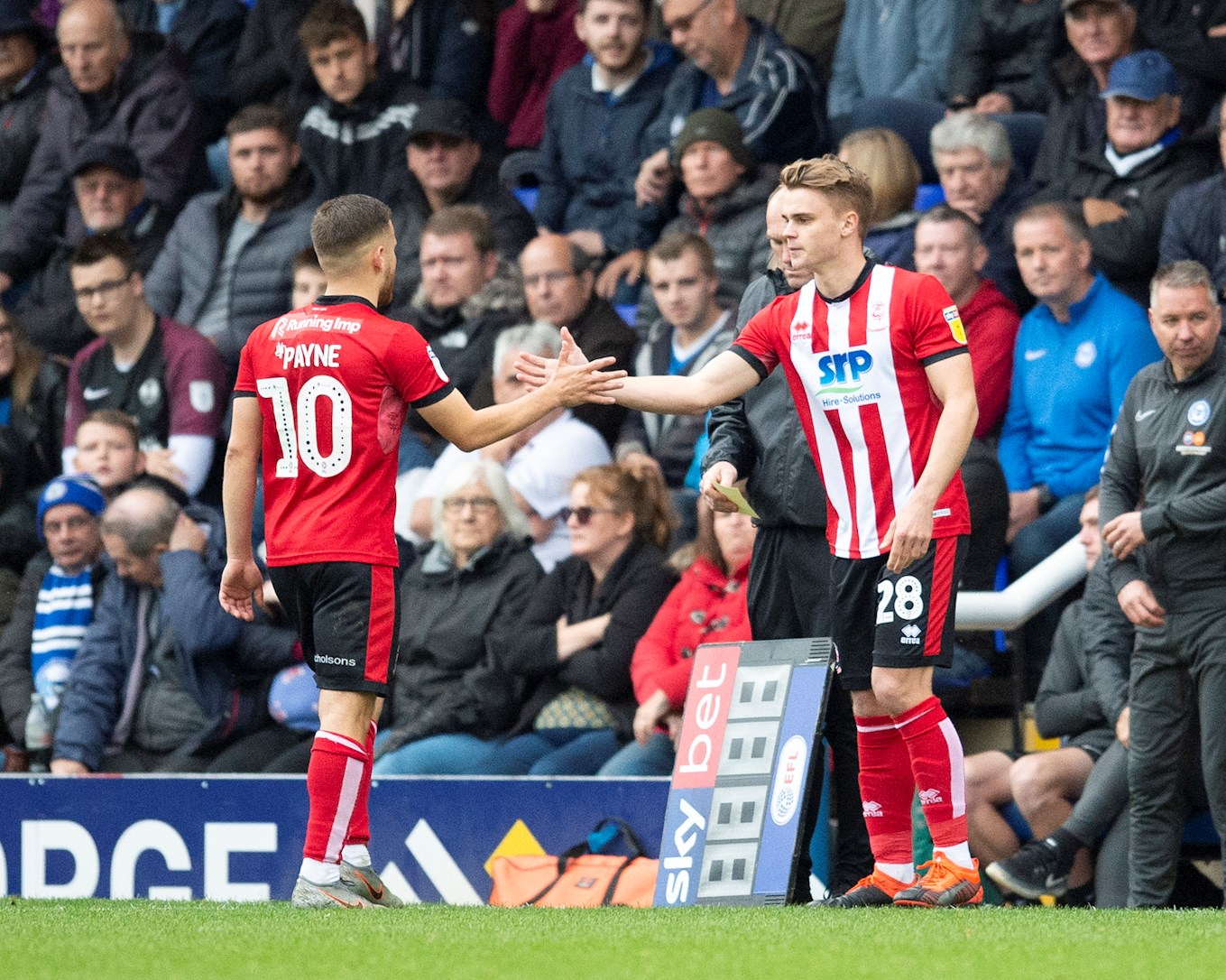 Stockport-born but Southampton-raised as a player, Hesketh is aware of the standard set by his parent club, which has a proven track record of producing top-flight and international player.

"The standards are so high at Southampton and trying to break into a team that’s playing in the Premier League is always difficult for any young player,” he said.

“It’s very demanding. With the other players there and the quality they have, it brings the level up and that’s what I’m aspiring to get to. At Southampton I looked up to Adam Lallana quite a bit. He’s a very good player. I watched him when we played on a Saturday morning then we’d go and watch the first-team.

“There have been quite a few that have gone on to play for England. There’s always been someone in and around the first-team to look up to whilst growing up. It’s been part of the club’s philosophy for a while now, to bring youth players through and the club’s done really well out of the academy.”

The standards are matched by his ambition, as Hesketh sets his sights on top-flight football and he’s willing to do everything within his power to achieve his dream.

“Long-term, I want to play at the highest level possible,” he added. “The aim is to get playing regularly in the Premier League.

“Everyone knows what it takes and what you have to sacrifice to succeed. I don’t think anyone has a problem with that as it’s definitely worth it.”

In the shorter term, Hesketh is growing stronger week-by-week, as he gains more minutes on the pitch and at the Soper of Lincoln Elite Performance Centre since recovering from injury.

“I’m hoping to get into the team and contribute in the attacking third of the pitch,” he said. “I want to chip in with goals and assists. I wouldn’t say goals are the main part of my game but it’s something I’d like to add more of.

“We haven’t won as many games as we would have liked over this past couple of months, but you can see how far the club’s come and where it’s going.”