City midfielder Tom Pett spoke to We Are Imps match day magazine writer and Imps fan, Gary Hutchinson ahead of Saturday's postponed fixture with Bolton Wanderers and covered a range of topics, including his Sky Bet League One debut, studying at University and his team mates on reality TV...

Popular midfielder Tom Pett made his comeback from injury a fortnight ago against Peterborough United to a rousing reception.

The 27-year-old hadn’t featured since the final game of last season and as he told Gary Hutchinson, it was nice to get back out on the grass as a League One player. 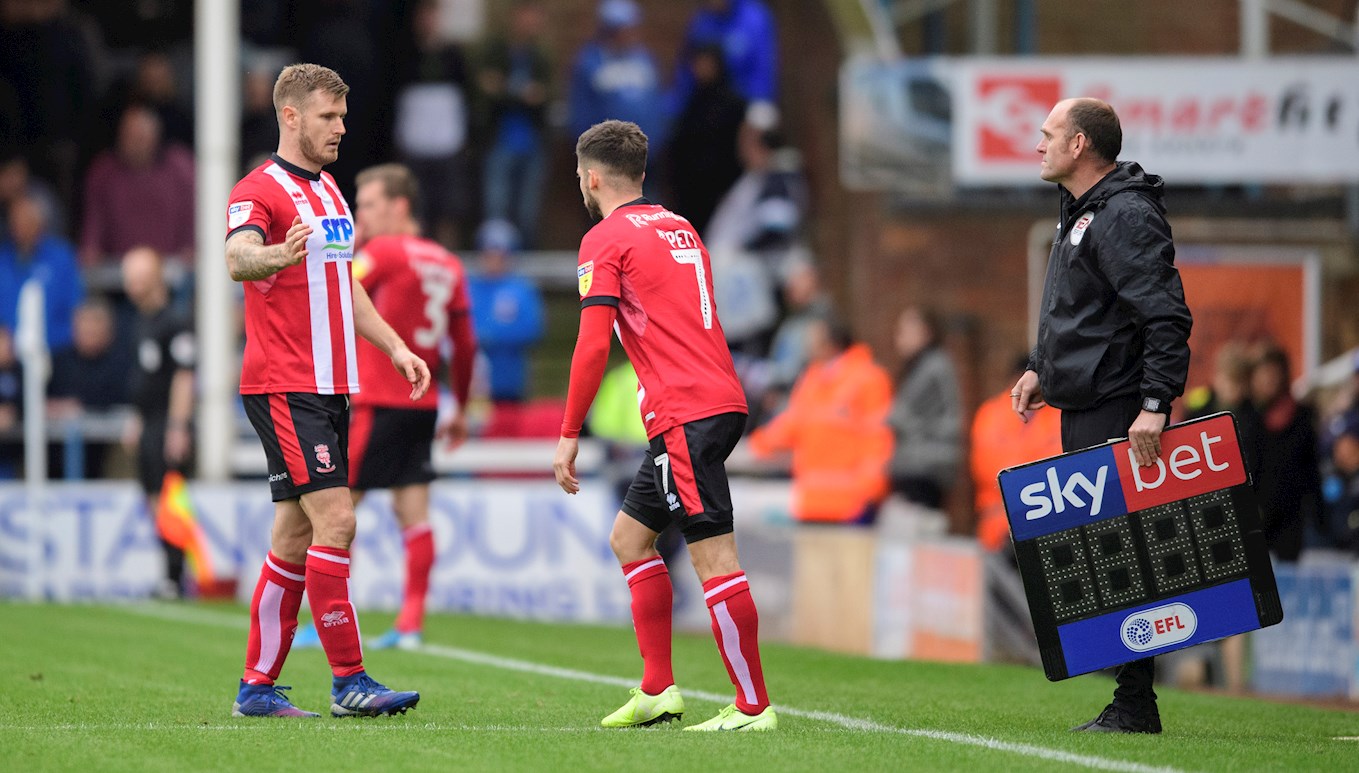 “It’s been a frustrating start for myself, but I wasn’t expecting to come on at the start of the second half. The reception I got when I was warming up was one I’ll remember for a very long time. It’s been a tough road to miss so many games and be out for such a long time, it’s not something I’ve had before in my career so to come back and get 45 minutes in was good.

“As the fans could probably see I was a little bit rusty, there haven’t been many chances for me to get minutes. It wasn’t ideal for me to come on and play for that long but if the gaffer had told me I was starting I wouldn’t have turned it down. It was nice to make my League One debut and a special moment for me. It was unfortunate we didn’t get the result that we wanted.

“I played again in a friendly against Sheffield United later in the week and those two experiences now just need to be built upon; I just need more minutes to toughen up and get back to my full levels.” 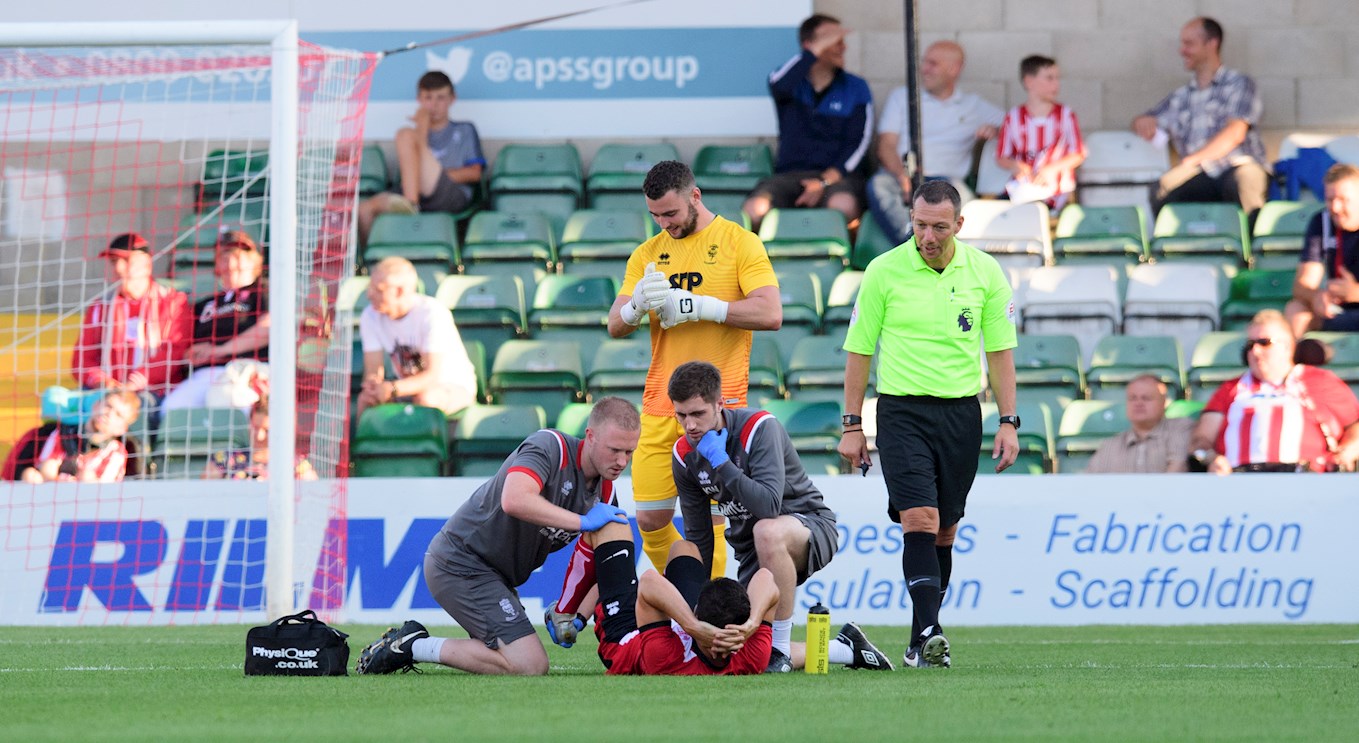 A loose pass by Tom was a factor in the build up to the home side’s opening goal during our 2-0 defeat and he took to social media to apologise that evening. He admits it’s something that he must try to put behind him.

“I’m experienced enough to hold my hands up and admit I made a sloppy pass. It was made on the halfway line and there was a lot that could have been done to stop the goal afterwards. I think if I’d played it across my own box and they’d tapped it in it would have been worse. The fact it still led to the goal ensured I was gutted that night and all weekend. It’s the sort of thing I’m sure I’ll think about a lot because you don’t want to have a hand in helping the opposition make it 1-0, especially not ten minutes from time after such a great performance.

“The lads were good with me as was the gaffer. He said it’s not the mistake he worries about, it’s the reaction. I made sure I got back in and tried to win the ball, so the reaction was there. I can’t dwell on that moment for too long, I need to get back on the ball and start creating because once I’m fit, I’ll create a lot more goals than I give away, hopefully.”

Being injured and making mistakes are part and parcel of the game, but all-too often in the past their effect on players has been undervalued or misunderstood, something that is being addressed in the modern era.

“I think mental health in footballers was underestimated sometimes. These days it’s certainly more understood in sport, I’m doing a study on mental health with the University of Middlesex. I’m still trying to get my degree done and I’m doing a dissertation on mental health and how it affects footballers so it’s a coincidence that the subject I’m writing about is something I’ve now felt first hand. It’s so difficult; you hear about players being injured and you didn’t used to think twice about it. You’d just hear he was out and think ‘he’s injured again’, but you don’t think about the effects. You don’t see him being injured, fighting to come back and picking up another injury.

“I’ll make sure in the future if there are injured players around me, I’ll pass on what I’ve learnt over the last few months, the methods of coping with certain aspects of being injured and hopefully I can help other players in the future.” 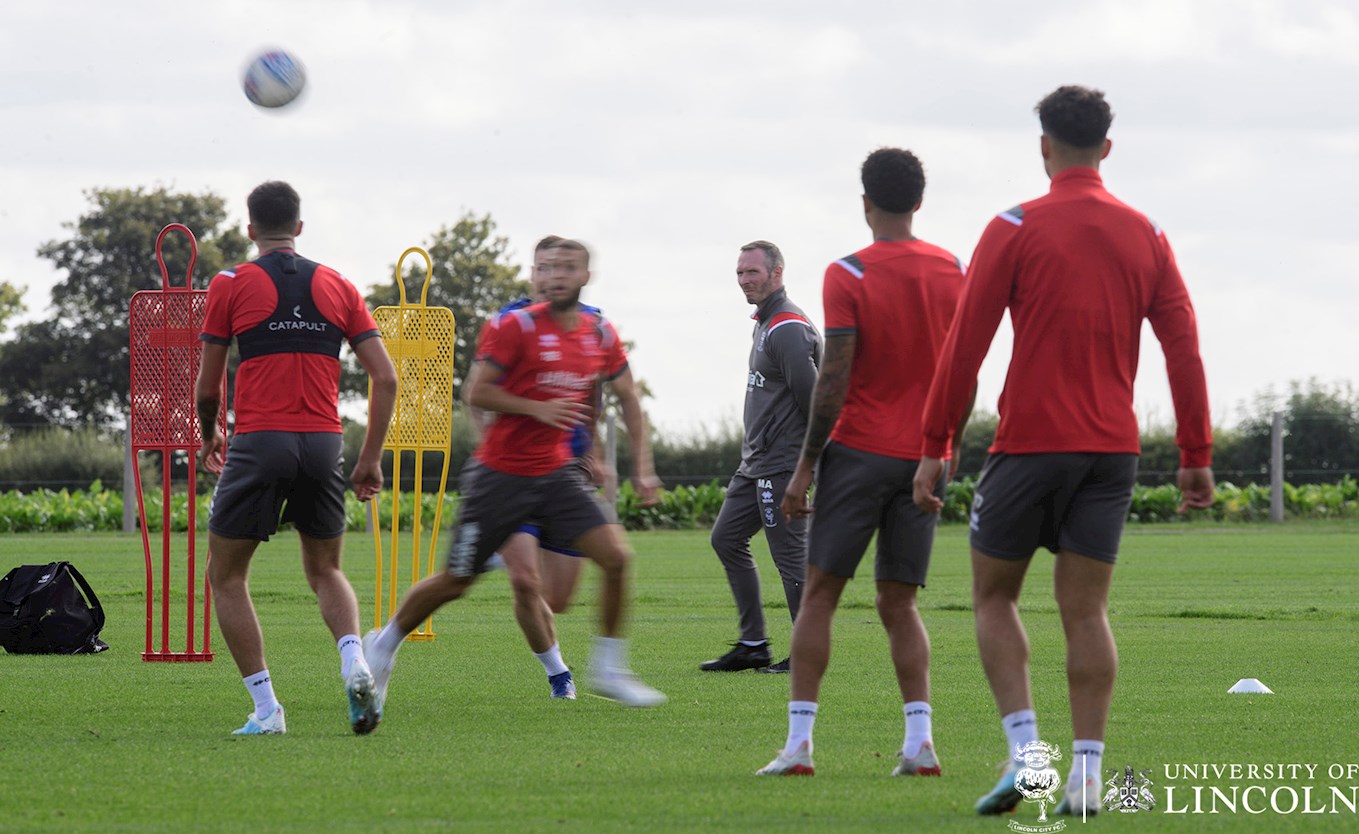 Another often undervalued aspect of the game is social media and the affect speculation and uncertainty can have on players. That’s something Saturday's arranged visitors Bolton will be aware of, but it is something that affects all teams.

“It’s been hard not to see and hear what’s been going on around the likes of Bolton and Bury. For Bolton, I’m sure it was very hard for the players to keep training and focused whilst everything was up in the air. I think back over the last month or two at our club, the social media speculation leading to the manager change, you do notice it as a player. You begin to think if a manager is leaving, or if an owner is selling and we’re only human, you’re bound to worry.

“Before the takeover it will have been the same for them, the players will have been unsettled. It’s worked in favour of some of the young players though, they’ve been given their chance in League One. I know some teams have already played Bolton and maybe a ‘weakened’ side, but now they’ve managed to bring in some good players, some experienced players.

“You have to put the early part of their season to one side now and focus on the last few games where they’ve been much improved. We’ll not look at their position in the table and take them lightly. We’ll go into the game with respect for them, but we won’t have too much respect. We’ll know what we need to do to get three points and remain focused on our approach.” 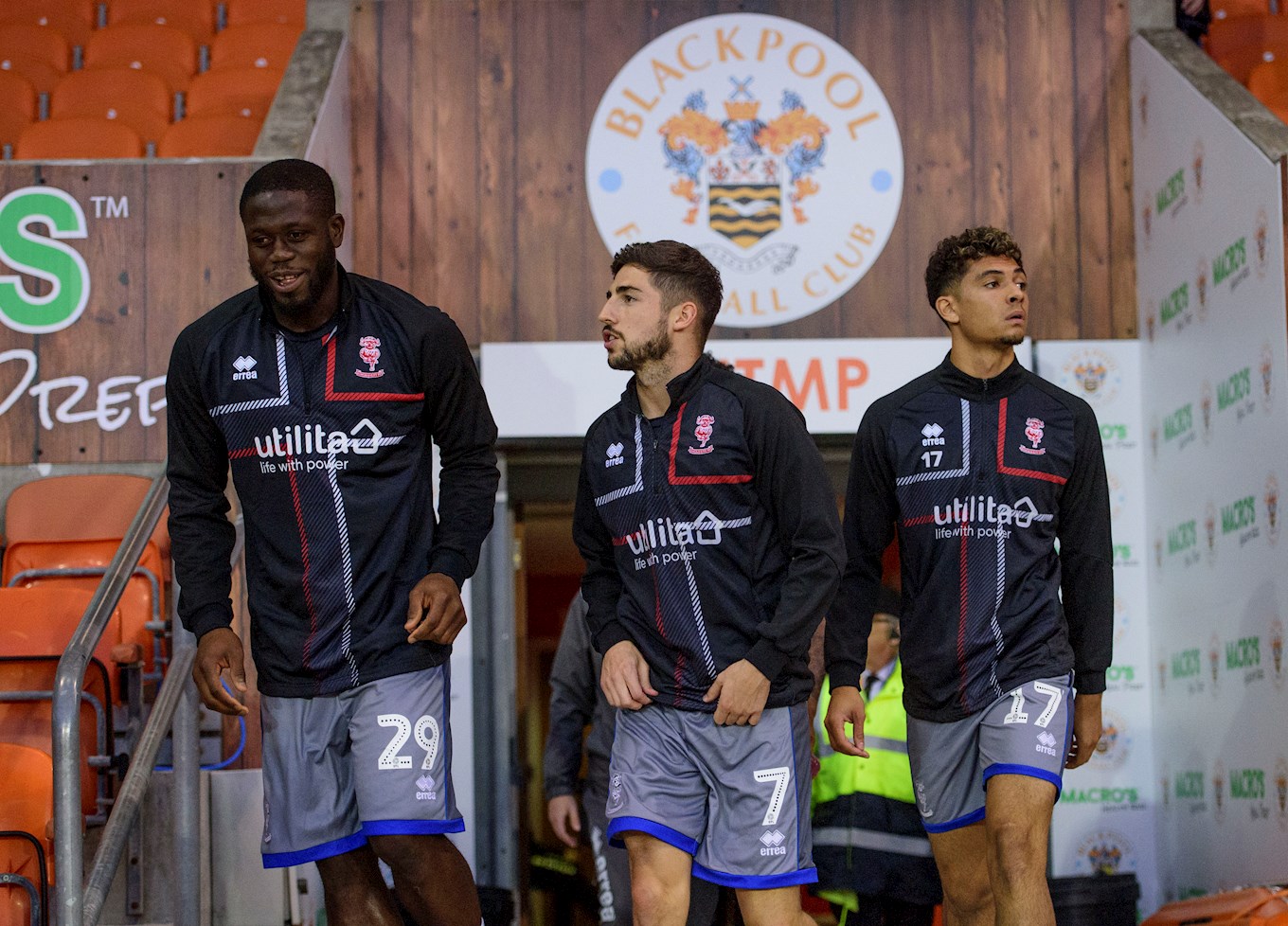 As a very honest interview drew to a close, we were keen to end on a lighter note. In recent weeks Harry Toffolo and Jason Shackell have enjoyed some exchanges in the programme around who the worst-dressed player is, so we asked Tom who he thought might do well on a reality TV show.

“I’m not a really reality TV show fan I’m afraid. Made in Chelsea, Made in Essex, all of that. Can’t stand them, it all rubbish. I’ll give it a go though.”

Which teammate did he think would be the best on Strictly Come Dancing?

“That would have to be John Akinde. He fancies himself as a dancer and he gets a bit of stick for his stiff dance moves. He’s a bloke I’d love to see on Strictly Come Dancing doing the samba or the foxtrot. That would be a laugh.”

I’m a Celebrity Get Me Out of Here?

“I’m a Celebrity? I’d have Bozzy, it would have to be Bozzy. I could see him doing the food trials because nothing would seem to affect him. I think there’s a few of us would like to see him in the jungle and see how he coped.”

“The X Factor? That’s not an easy one. Josh Vickers. I’d like to see him sing a few songs and how he’d fare on there. That might be quite good to sit back and have a laugh at him.”

Whether Josh or John would be good contestants is up for debate, but the one question on everyone’s lips after Tom’s answer must be; is the jungle ready for Michael Bostwick? 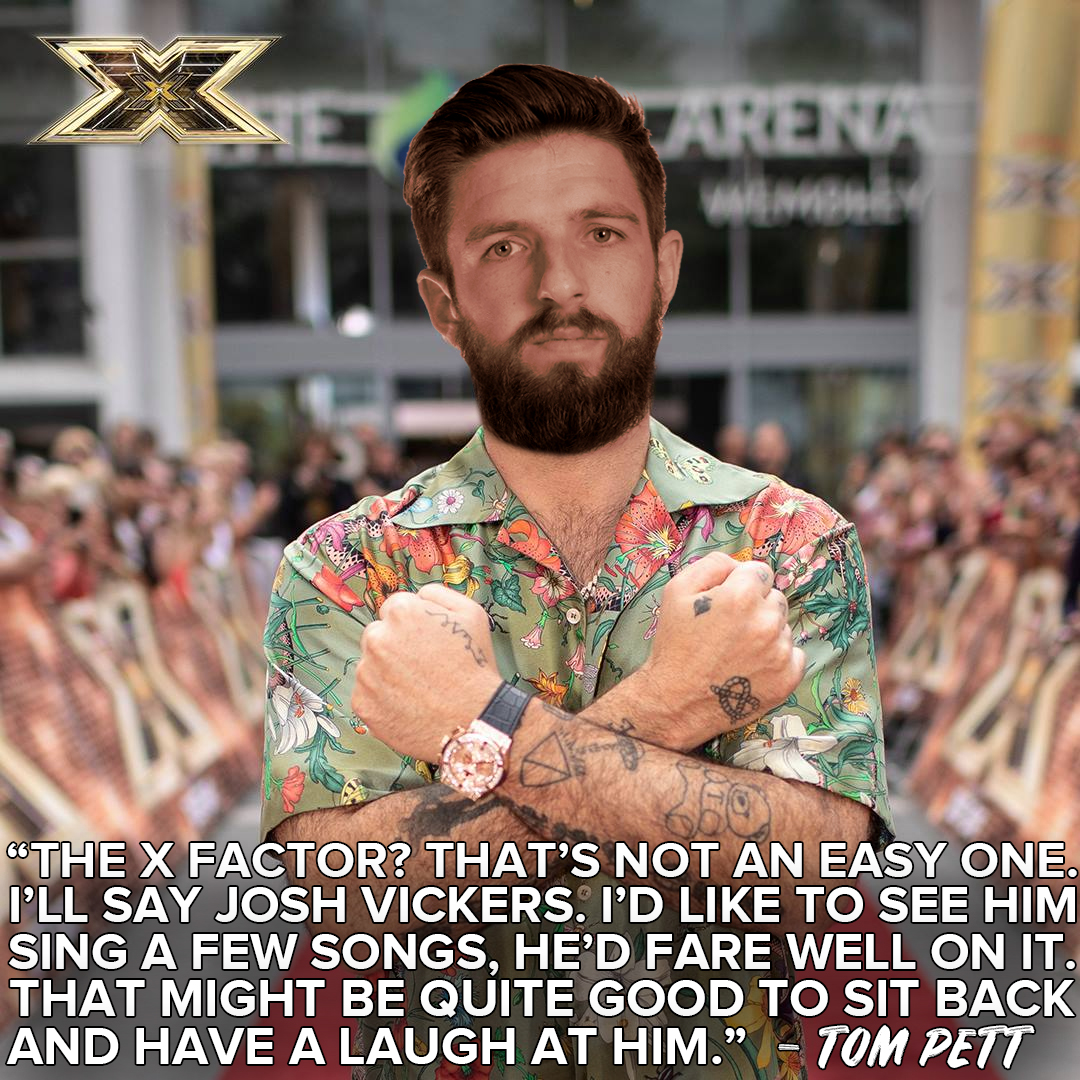