Michael Appleton was pleased with his sides performance against Manchester United U21 in the Leasing.com trophy, despite the Imps losing 1-0.

The Imps' manager praised his side, stating that he was happy with the way they started the game brightly.

“I was pleased with the performance from us tonight but it is difficult to say anything other than that,” said Michael.

“The way we started the game was pleasing compared to the other games where we have started slowly. If we had scored the first goal it would have been a very different game. I won’t be too harsh on the players for conceding form a young lad on the break. We were disappointed not to have scored, we created opportunities but didn’t have the quality where it mattered.”

The city boss continued by speaking about the players who featured tonight, highlighting how it was a perfect opportunity to rotate the squad.

“It was important to recognise that it was a squad game, we all know our roles and you saw it tonight that wherever you are playing it doesn’t change apart from the person wearing the shirt.

“It didn’t look like we had made eight changes tonight and it was as good as I could have expected in terms of our performance. I wanted to win the game but for me I wanted to players to feel good about themselves going into Saturday.”

Southampton loanee Jake Hesketh made his debut for the Imps in the game and his manager was happy with the attacker's first outing in a City shirt.

“Jake was good but we were limited with the time he could play tonight because he is coming back from injury.

“We gave him an extra 15 minutes after half time because he felt good, so that was all pre-planned for him to come off and we are pleased he got 60 minutes to his name.” 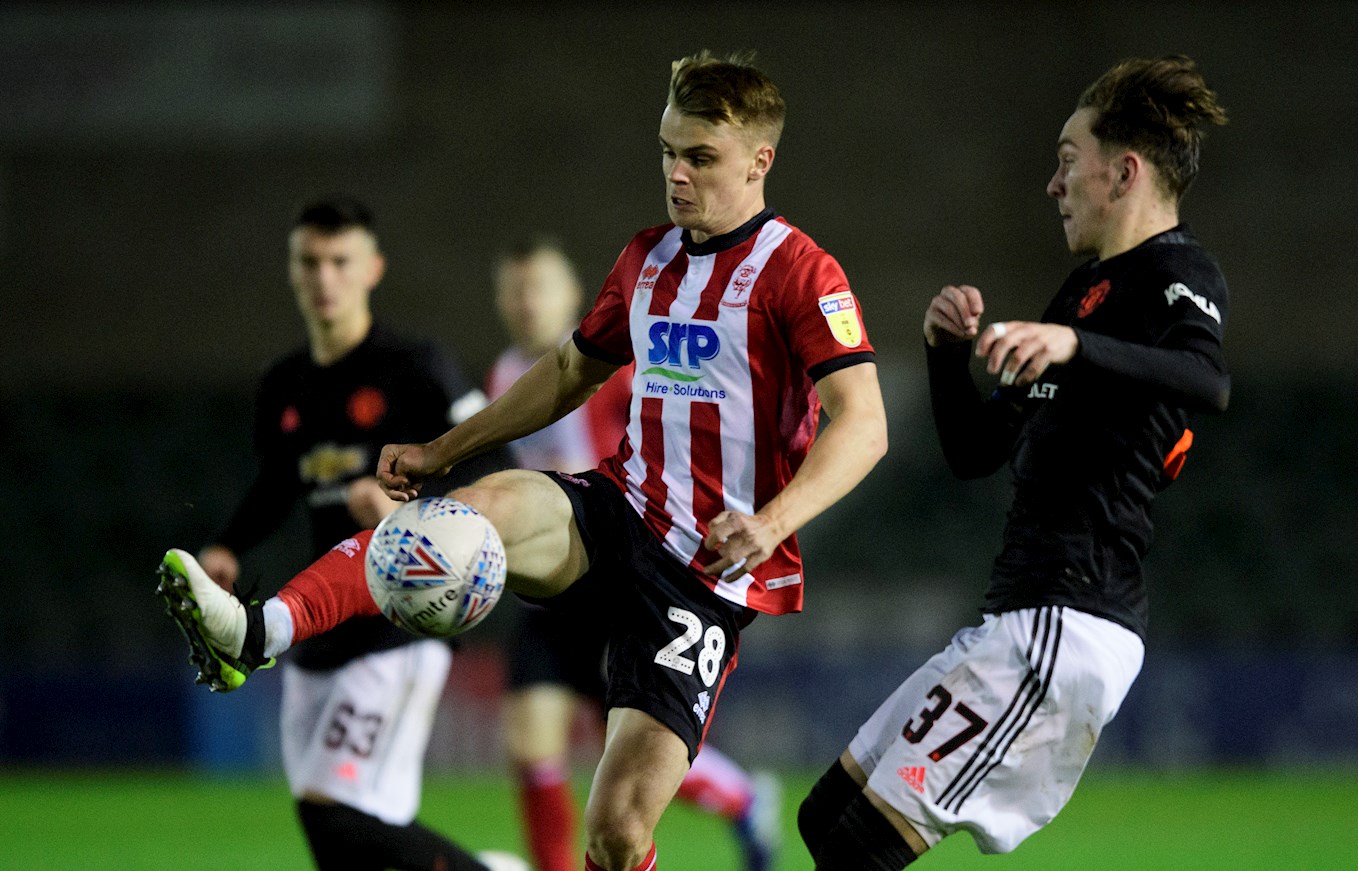 Hesketh was pleased to make his first appearance for the Imps after coming back from injury.

“I’m delighted to be back playing and especially to have made my debut for the club tonight,” said the 23-year-old.

“We played well but couldn’t get the goal we needed. I was happy with how I played tonight but there are a few things to work on.

“I think my touch may have let me down a little tonight but those things will come with the more minutes I get under my belt.

“I am getting back to full sharpness so all these things will come the more I get to play in matches and continue training.”

The Imps' manager finished by looking ahead to Saturday’s SkyBet League One clash against Sunderland, speaking about how his side are expecting a challenge from the Black Cats.

“We have a busy month ahead with tough games so it will be a great opportunity to see how we sit in the division and get a realistic idea.

“It will be challenging but exciting, the players will be chomping at the bit for Saturday’s game, especially at home because the place will be absolutely rocking at the weekend.

“Sunderland are on a good run and will be in good form, but they should be ready for a good game because the ground will be bouncing with our fans behind us.”