Harry Toffolo says that the squad are chomping at the bit to get back into the action after a prolonged period without a game, however, the absence from competitive action has given the whole squad the chance to reflect and recharge before the return to Skybet League One action next weekend ahead of the busy festive period of fixtures.

Since the last time out on the pitch against Ipswich Town at Sincil Bank in the Emirates FA Cup, the 24-year-old says having a little time away has been beneficial for everyone before returning to work this week in what has been a very intense but enjoyable week of training so far. The intensive sessions at the Soper of Lincoln Elite Performance Centre have been different to what the players usually experience in the lead up to fixtures but sees this as a major positive as having all the focus on the methods allows them to soak up more of what the Imps’ manager, Michael Appleton wants from the squad.

“I think after the performances we’ve put in and the outcomes we’ve had, we all thought we deserved a lot more from the games. So, to get away and have two-day break, away from the same faces every day and the same dressing room environment it was nice and it allowed us to refresh, spend some time with the family before getting back to basics when we came back in on Monday.

“We’ve worked tirelessly this week, it’s been very tough and we can feel the positives from that hard work. We can use this extra training time to take onboard more of the messages from the manager and then use them more effectively."

“You’re not interrupted in your work. On a what you could call a normal game week you’d play Saturday, debrief that on a Monday, some lads may not train for one reason or another and then there’s a full session on Tuesday but you’re still maybe feeling it in your legs from the weekend. Then on Thursday you’re looking at the next game and then of course by Friday you’re soon fully focussed on the next game. So to have a whole week on the grass, and no one restricted in what they’re doing it means we can have an 11 v 11 with each other so we can work on more of what the manager wants us to do. It’s very rare you get an opportunity like this have a ten-day block where you can get all of the things in.” 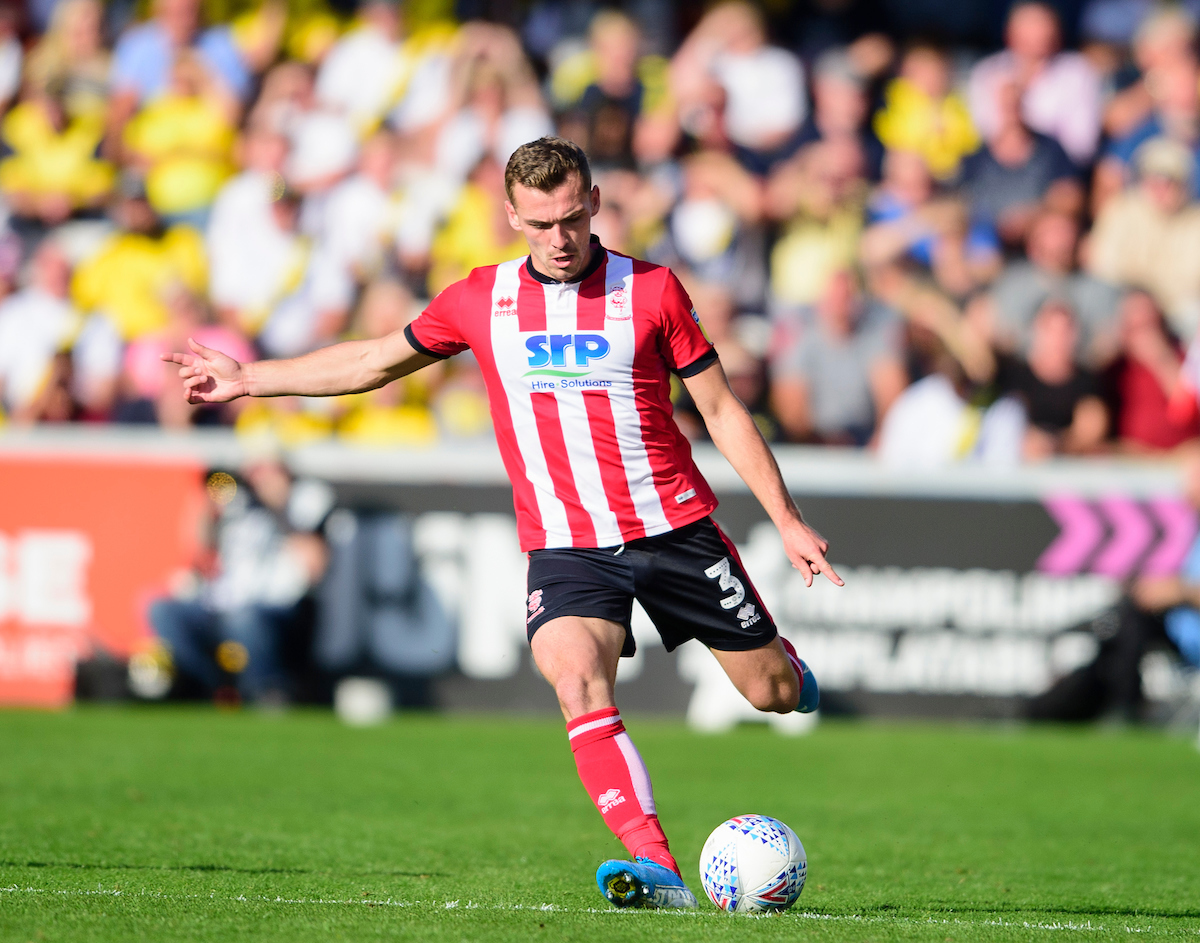 Although there has been a real positive feeling around the squad this week in training, attention will soon turn to getting back onto the pitch next week against Burton Albion. The Brewers will have played four times since City last took to the field against The Tractorboys, so Harry says that a fully recharged City squad will be looking to take advantage of the prolonged period of preparation ahead of taking on Nigel Clough’s side.

“Burton had a fantastic result this week, and they’re going to be at it. I think they’ll have played quite a few games by the time we play them so we have to use the rest we’ve had to our advantage.

We’re all excited, we can’t wait, we want to put things right.

"Conceding that last minute goal against Ipswich is still in our minds but we’ll use that positively to get the very best possible result against a very tough team in Burton. I was speaking to Jake Hesketh about Burton over the weekend as he had a fantastic time there and was involved in their cup run, so he knows what to expect so we can call on his experiences there too.”

Over 1,000 tickets have been sold so far for the game in Staffordshire and Harry has almost run out of superlatives for the support the team receive from The Imps’ supporters and he says that all the team are looking forward to getting back out into action and putting on a performance befitting of their terrific support.

“I hope they’re at it on the day like we will be, we’ve got a lot to show and they’ve come out in force all season regardless of the form or result. I’m fortunate to be integrated within the community and enjoy doing the work in the community, so I get to see first-hand the sort of impact we can have on the community. It’s special and for us as players it’s great to have that backing and honestly, it does feel like a 12th man when we get the reception when we come out onto the pitch and it spurs us on so we cannot thank them enough.”