City’s Under 18 Manager Tom Shaw, is delighted with his side as they picked up their second victory in a matter of days as they defeated Chesterfield yesterday.

The young Imps defeated the Spireites 5-1 in Derbyshire, and Tom said while getting three points was pleasing, it was arguably just as important to continue the good work from last weekend’s win over Wrexham in the FA Youth Cup.

“We spoke about backing the win up over Wrexham as soon as we got into training on Monday and while it’s nice to win, we’ve got to ensure that the behaviours and the work the lads do remains consistent.

“We all know there willl always be ups and down in football but to continue to have a ruthless mindset again like we did on Saturday was particularly pleasing.”

Getting his name on the scoresheet for a second successive game was striker, Nathan Odokonyero and Tom says that the youngster has impressed since making the move to the club in the summer. Not only with his exploits in front of goal but also with his determination to improve as a player and a person. 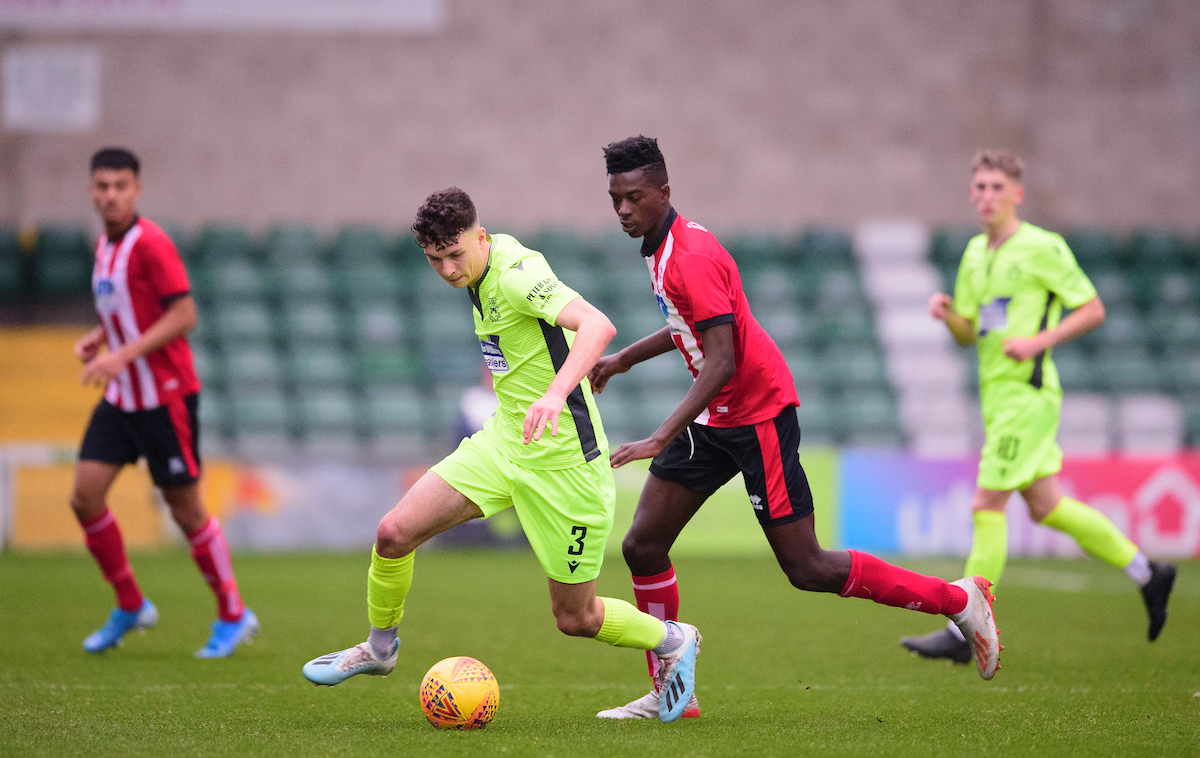 “He’s reminded me today that he’s scored 11 goals in his last 15 games now and he’s a talented boy, with a lovely touch and he can finish. We’re working hard with him and he’s been watching the first team strikers to develop his game, watching the work rate of Tyler Walker and how John Akinde can occupy defenders and cause them problems. He knows that he has to learn and add more to his game than just scoring goals.

“He’s a talented boy who’s settled in well after coming up from Brighton and he’s shown the right attitude and attacked everything in the right manner, so we’re really pleased with him.”

This weekend The Imps have a derby game on the horizon as the youngsters welcome Notts County to their Riseholme College home and it promises to be a good game as the City boss says, ties against the Magpie’s always seem to have a little extra spice and they’ll be using that as an added incentive to continue their run of good form.

“It’s always a good game against Notts County, there’s just a little something extra in them. We were disappointed in our first game against them earlier in the season. We’d just come back from our trip to Holland and weren’t at our best, but we’ve shown over the past few weeks that we’re full of confidence and we know we will have to continue that.

“They’re a good side with some talented players, but if we continue with the process we’ll be happy but to take three wins out of three in one week would certainly be nice too.”

You can catch the Imps’ taking on Notts County at Riseholme College, Showground Campus, on Saturday morning. The game gets underway at 11am.