First half goals from Tobias Liversidge and Cameo Scott gave the Young Imps a two-goal lead at the break.

Forward Nathan Odokonyero struck twice in the second half to secure City’s place in the Second Round.

Shaw was pleased with his side’s overall performance, but admitted that his side had opportunities to make the margin of victory even greater.

“We committed to our style and method of playing,” he said.

“We want to have control of the ball and territory, which means taking a few risks, but I thought we committed to that.

“I am proud of the boys for having the confidence to do that, with that we will make mistakes, but the boys stuck to task and showed good confidence.

“We should have scored more goals on the night. We got into loads of good situations, but that final pass, final cross, final finish let us down in that aspect.

“It was a positive performance without being brilliant.” 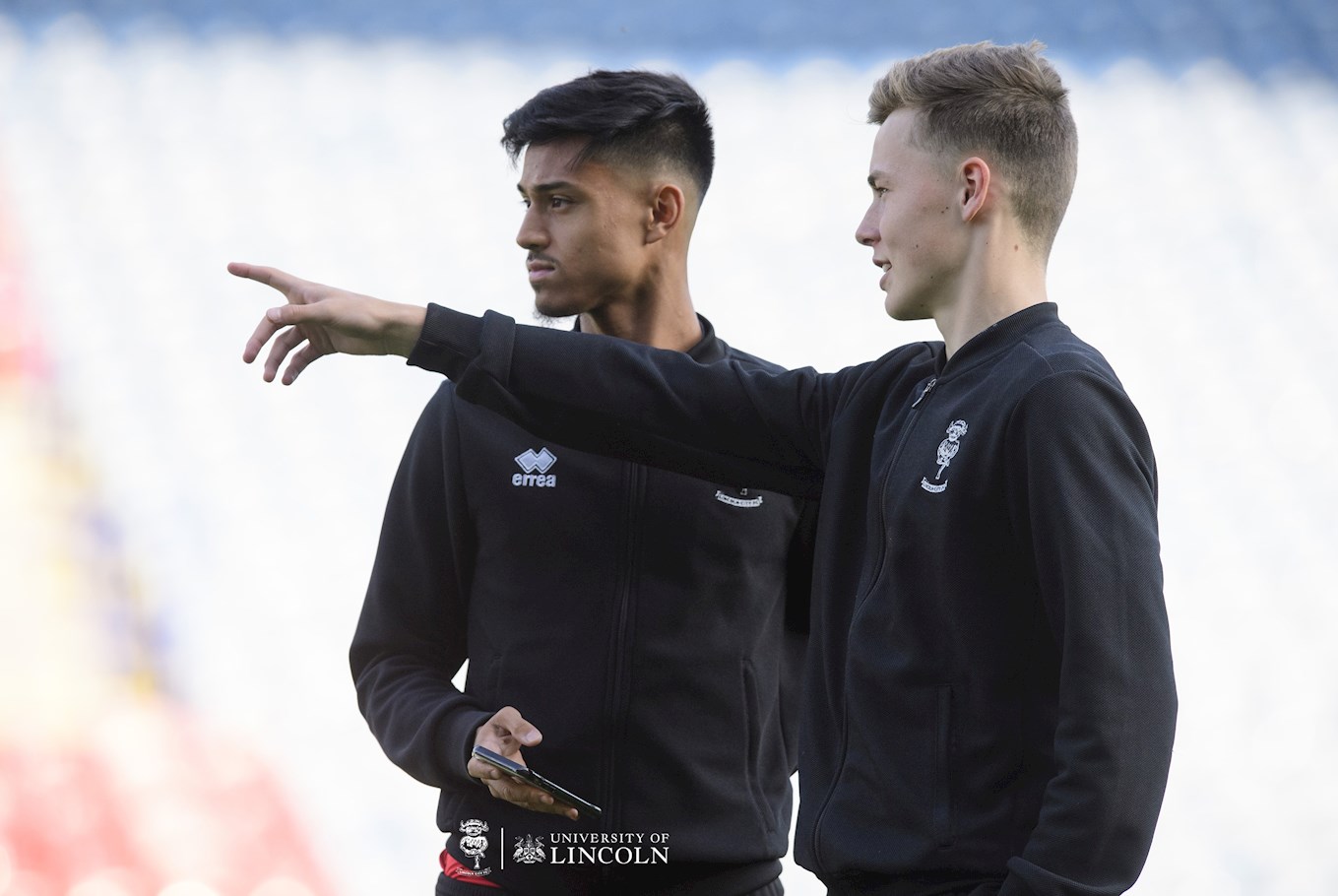 Rushall had gone on an impressive run through the qualifying stages to reach the First Round, and Shaw reserved praised for Tuesday night’s hosts.

“They have a couple of talented players. They have won a lot of games and have had a cup run.

“They had a chance early doors which rocked us a bit, but it was a big challenge for our boys to get out of that situation and take control of the game, which we did.

“They were keen to impress and push us as far as they could.

“You could see that they had a good spirit about them until we got our third goal. They gave their everything to make an impact on the game.”

The victory sets up a Second Round tie against Wrexham AFC at Sincil Bank Stadium next Wednesday, and Shaw revealed the delight of his squad at the opportunity to play under the floodlights at the Bank.

“The lads were full of it this morning, they can’t wait to play at Sincil Bank,” he added.

“We can’t wait to have a good crowd down to see our young players, and Wrexham will be a good test for us.”