Michael Appleton says that Saturday's trip to AFC Wimbledon presents his side with a chance to put breathing space between his side and the Wombles.

A win for City could push Appleton's side up to 13th in table and eight points ahead of AFC Wimbledon this weekend.

The hosts sit in the relegation zone in Sky Bet League One, but have won their last three home games and Appleton reiterated the importance of getting a positive result on Saturday. 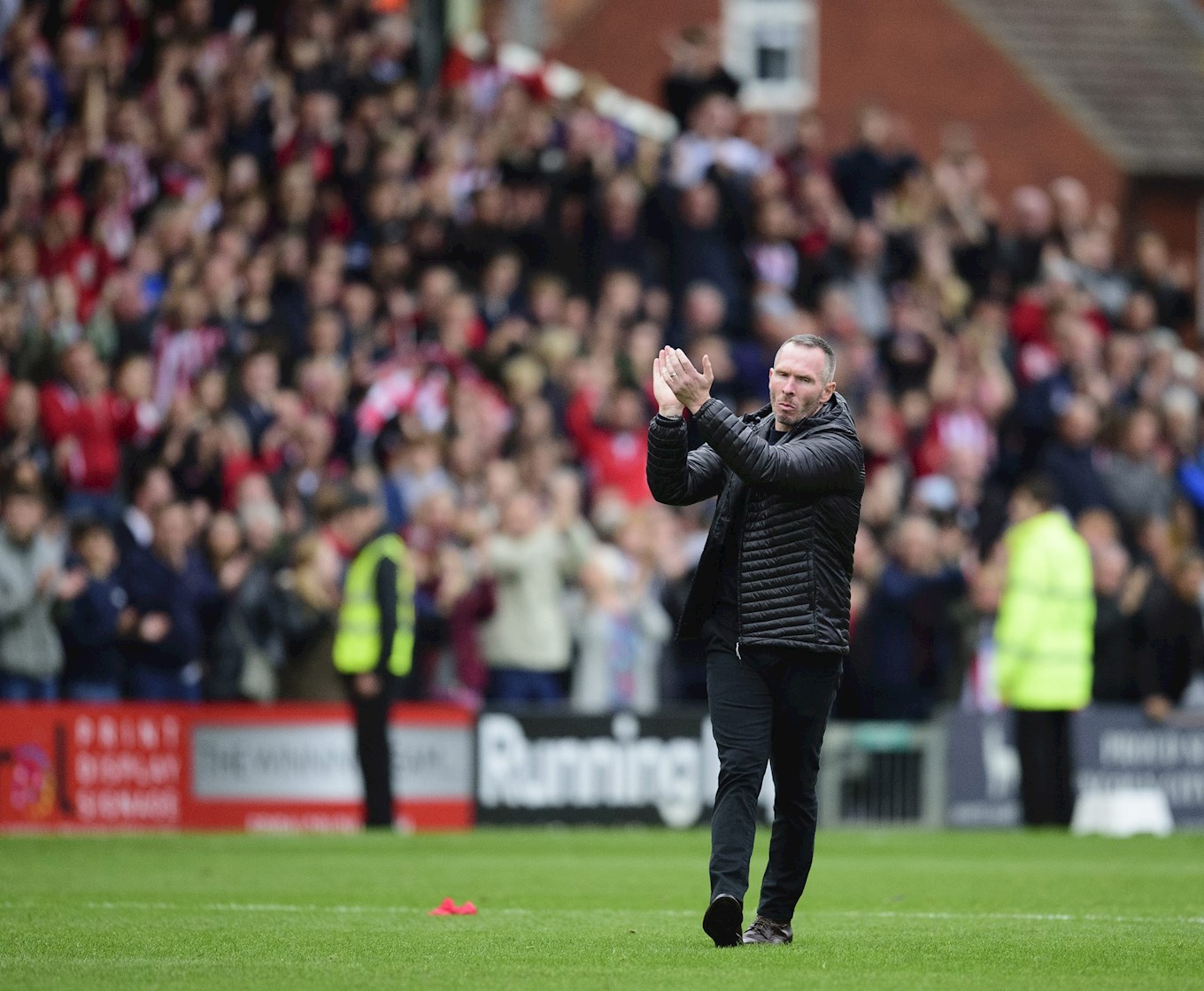 "It’s a big game," he said. "It’s a chance to put some clear distance between ourselves and Wimbledon.

"We realise it’s a good opportunity for us and hope we can take it.

"It will be a tight game. I don’t see a massive amount of goals if they keep it the same.

"Out of possession they can be expansive, but on the turnover they do look to get into a five (defensively) pretty quickly.

"We know that we have to start the game well, as Wimbledon look to put teams on the back foot from the early stages at home."

Glyn Hodges will take charge of his first permanent game as the Wombles' manager, having taken a caretaker role since the departure of Wally Downes.

While Appleton expects there to be minor changes behind the scenes, he doesn't foresee too much instant style change on the pitch.

"Their style hasn’t changed too much. I think sometimes when a new manager comes in it tends to be things that goes on behind-the-scenes that gives the players a little more confidence.

"They may press a little bit higher up the pitch, but that might be a difference."

City go into the game following a 15 day break following the postponement of the Bolton Wanderers fixture after flooding of the pitch and other areas at Sincil Bank Stadium.

"For me, Saturday was frustrating," Appleton said.

"I probably found it more difficult than some of the players, because after the Portsmouth game, I was a bit of an angry man on Saturday to be honest.

"I had to go to a game by myself on Saturday, because I was ready and pumped for our game, and the players were.

"I’d like to think the players are in the same mind as I am come Saturday’s game."

Appleton took the positives, however, and revealed that the postponement led to heavier training sessions in the early stages of this week.

"When you haven’t got a game midweek, you can be more aggressive with the players’ load.

"They have responded well to it, as I would expect, and we look forward to an exciting game on Saturday."

Next up at Sincil Bank is our final Group Stage fixture in the Leasing.com Trophy against Rotherham United. Tickets are on sale here.