The Cricket World Cup begins today, with England amongst the favourites to lift the trophy on home soil. Former Imp Phil Neale, who made over 350 appearances in the 1970s and 80s for City, also combined his football career with his cricketing career. For more than a decade, Neale has been heavily involved with England Cricket's setup as Operations Manager. Here, we take an in-depth look at the Imps FPA representative who could combine many of his sporting and educational talents.

Scunthorpe-born Phil Neale's first season at Sincil Bank saw him appear as an amateur as he was combining his football with his studies at Leeds University, which saw him gain a second class honours degree in Russian.

He was also on the books of Worcestershire County Cricket Club at the same time and his talents in both sports came to the fore in the summer of 1976 when, after helping City to the Fourth Division Championship, he then scored more than 900 runs in his first full season of first-class cricket.

Phil's football career started out with Scunthorpe Boys whilst he also represented Lincolnshire Boys under the tutelage of Lincoln United manager Fred Green before appearing as an amateur for Scunthorpe United reserves.

During his youth, Phil was also representing Appleby Frodingham steel works cricket club and after shining at school he went to the John Leggott Sixth Form College in Scunthorpe, specialising in languages before earning himself a place at Leeds University. 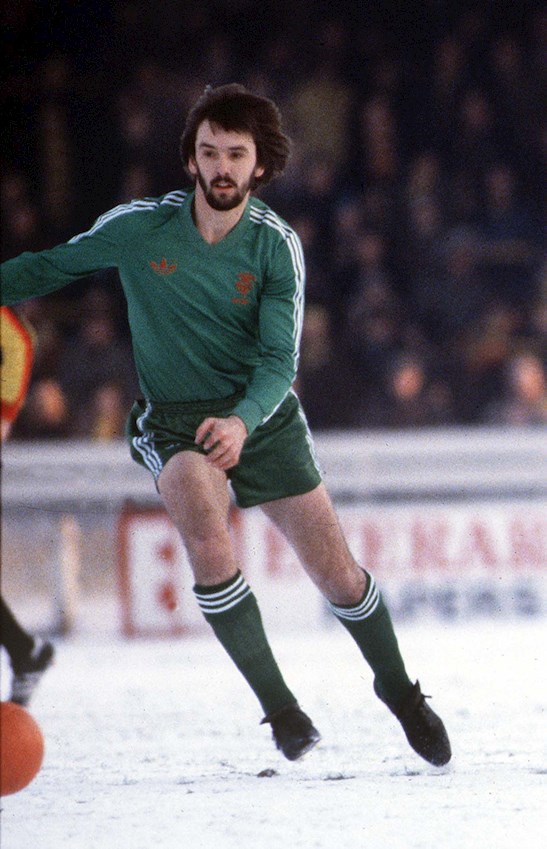 Before the start of his second year at University, Fred Green persuaded him to join Lincoln United, with the paperwork being signed in the Parklands public house close to Boultham Park in the city.

Phil helped United to the league championship in 1973/74 season and the quarter-finals of the FA Vase the following season. By this time, he was also appearing for the Imps' reserves with occasional first team outings.

City manager Graham Taylor became aware of Phil's ability as a footballer after he was contacted by former Imp Brian Heward, who was working with Phil's father and contacted Taylor via his father, Tom, who was a reporter with Scunthorpe's local newspaper.

As soon as he left university, Phil signed professional forms at Sincil Bank and went on to give the Club 10 years of excellent service, appearing in 369 League and cup games along the way.

As mentioned, Phil was part of the record-breaking squad of 1975/76 and whilst he was never an ever-present due to his cricketing commitments at the beginning of each season, he was a regular in the first team throughout his Imps' career.

The only person to experience promotion with the Club in both 1976 and 1981, Phil scored 22 times for the Imps, with seven coming in the space of 10 games during the first half of the 1980/81 season.

His testimonial season of 1984/85 turned out to be his last with Club before he retired to concentrate on his cricket as he was now a well respected captain of Worcestershire.

He was appointed as Worcestershire captain in 1982 and led his county on to considerable success, winning the Sunday League in 1987 and 1988 and the County Championship in 1988 and 1989.

Phil's captaincy and contacts were a factor in attracting big name cricketers to Worcester, such as Ian Botham, Graham Dilley and Graeme Hick whilst he also found himself the recipient of a nomination as a Wisden Cricketer of the Year in 1989.

On his retirement from the playing side of cricket in 1992, Phil was appointed Director of Cricket with Northamptonshire CCC before he replaced Bob Woolmer at Warwickshire, helping them to retain the championship in 1995. His talents were soon recognised at national level and he was the coach on two England 'A' tours, to South Africa and India, and subsequently managed three tours at 'A' and U19 level, before being named as Operations Manager for England's 1999/2000 winter tour of South Africa.

He has been involved with the national side since and was one of the 'unsung' heroes of the Ashes success of 2005 - a success that saw him receive an OBE in the 2006 New Year's Honours for services to cricket.

Aside from his cricketing duties, Phil has been a regular at Sincil Bank Stadium as a representative of the Imps FPA, and has also visited Danny and Nicky Cowley at the Soper of Lincoln Elite Performance Centre during the title-winning campaign.