Harry was brought down for the penalty which John Akinde slotted home to extend City's unbeaten run in the league to 15 games.

The winger arrived as a 19-year-old in August 2016, in a four-month loan spell from Peterborough United, and made his debut off the bench at Dagenham & Redbridge.

Harry made his first start in the 4-0 victory over Southport on the Saturday that followed, with his first goal coming in the 2-1 victory at Macclesfield Town seven days later. 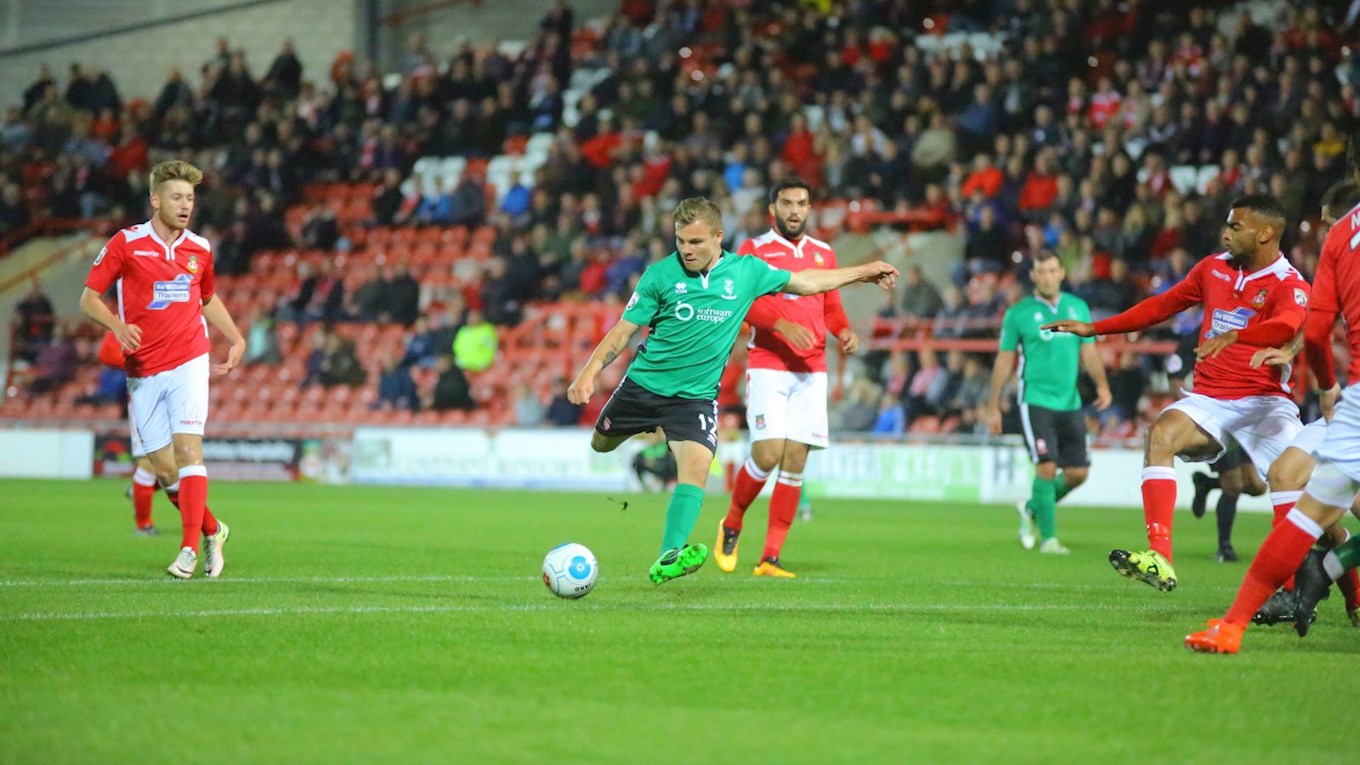 The then loanee began to make a huge impression in a City shirt, and was a regular in the starting line-up, and score goals in away victories over Wrexham and Chester.

Anderson made substitute appearances in the FA Cup victory over Oldham Athletic, and league win over Tranmere Rovers, before returning to his parent club ahead of Christmas 2016.

Harry returned for a second loan spell ahead of the 3-1 victory over Forest Green Rovers in March 2017, and played a crucial role in the run in towards the National League title, notably scoring goals against Chester and Torquay United.

We are delighted to announce the permanent signings of Michael Bostwick and Harry Anderson from @theposhofficial. Story to follow.. pic.twitter.com/z2x9jDpRSz

Harry arrived on a permanent deal in a double-signing from Peterborough with Michael Bostwick prior to our first season back in the EFL.

Anderson, whose persistent energy and direct approach, has been a fans' favourite since the moment he stepped onto the Sincil Bank pitch, and scored his first goal as a permanent Imp in the 1-0 victory at Forest Green in September 2017.

Goals against Notts County and Barnet followed, with a brace in a 4-1 victory at Crewe Alexandra further highlighting his worth to City.

Harry's first full season ended with Checkatrade Trophy triumph, scoring against Peterbough along the way, and a play-off semi final.

Anderson continued where he left the 2017/18 season this time around, and has seven goals to his name in 43 appearances in all competitions.

Harry will be looking to make it 101 league appearances this Saturday as we travel to Crawley Town.