Imps winger Bruno Andrade has been named as Sky Bet League Two Player of the Month for February.

Bruno returned for the first game of the month following a three-game suspension, and scored six goals in five outings.

"I'm very proud, especially after the month I’d just had obviously with the red card and that was the point I had to get my head down and come back fighting," Bruno said.

"I had something similar at Boreham Wood when I had (scored) five in five, but this one means a little more as it’s higher up and the stakes are higher as well. But I think that it’s probably the best month I’ve ever had."

Following his comeback, Bruno levelled the scores with a stunning 25-yard strike at Notts County, before adding another the following week against Northampton Town.

"I thought I needed to come back and have a good game against Notts County," he added.

"There was a lot of frustration in that shot and I think that goal set me up for the rest of the month."

Bruno faced former club Stevenage a week later, and scored a brace, including a rare header at the back post.

"I feel like every game is important, everything we do is magnified now, we picked up a lot of draws in games that we should have seen out," he said.

"At least we hadn’t lost despite not seeing those games out. I can’t remember how many it is now but we’re picking up points and we just need to pick up some more." 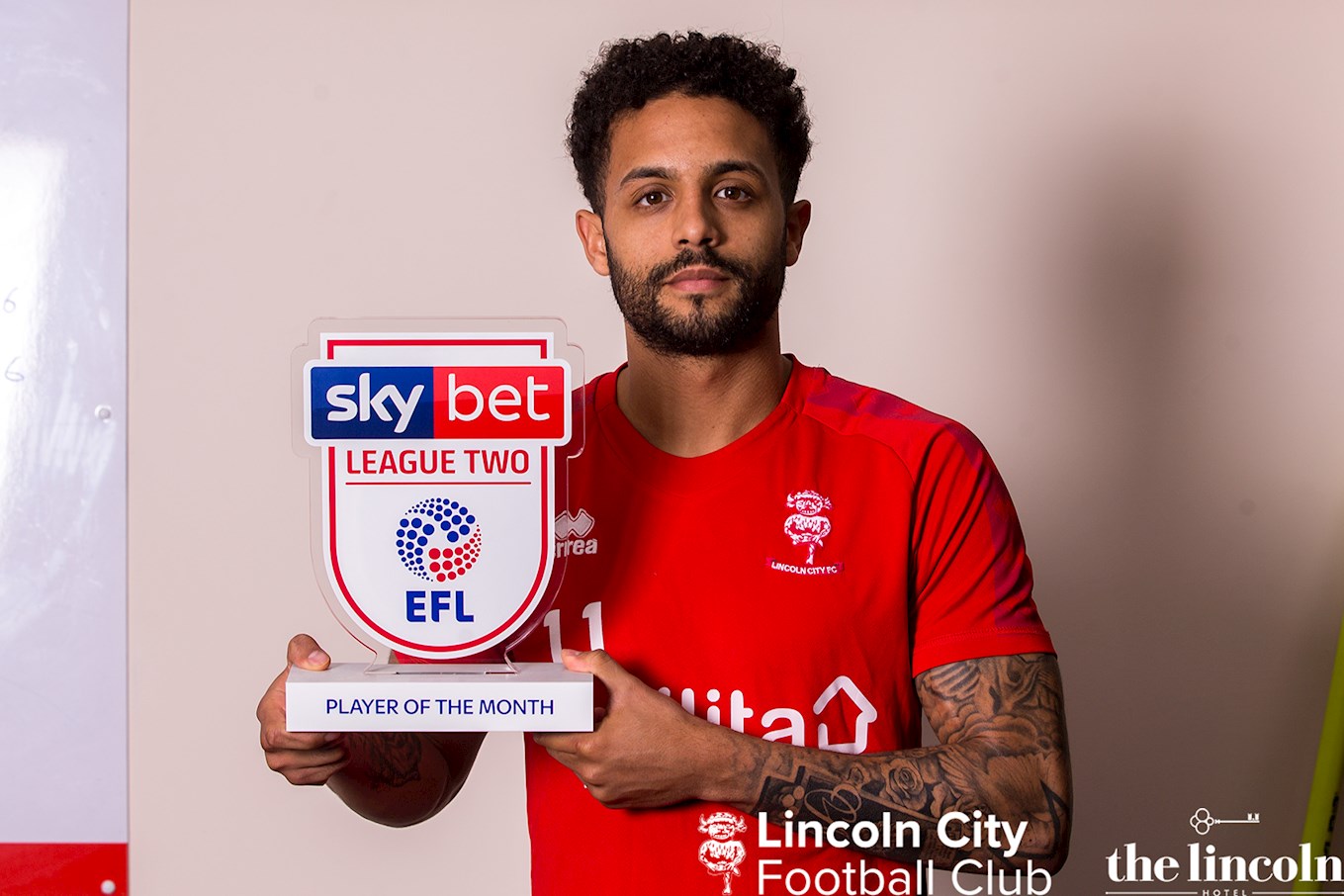 A further brace the following weekend at Morecambe saw the Imps secure their first victory of the month, with a late draw against Exeter City on the Tuesday night extending City's unbeaten league run to 11 games.

Bruno has admitted the test now is for him to continue the form as City search for end-of-season success.

"On a personal level I think I need to keep going, there’s no point having one good game and putting your feet up and thinking 'I had a good game last week and I can relax now’ that’s not my mentality," Andrade said.

"My mentality is that I have to keep going week after week and just help the team out. We know what we need to do now to achieve what we want to."​

Bruno is also up for the Bristol Street Motors PFA Player of the Month award, and you can vote for the Imps winger below.