In partnership with Lincolnshire Co-operative, Lincoln Tea and Coffee co. have launched this unique coffee blend to support one of the club's main charity partners, Lincoln City Foundation.

For every bag of coffee sold, 20p will be donated by Lincoln Tea and Coffee co. to support Lincoln City Foundation which is Lincoln City's charitable organisation which is designed to empower individuals and communities.

The coffee blend, which will have the club's logo on the front, was launched at the Lincolnshire Show this morning in the Lincoln City tent.

Join us in the Discovery Zone at the Lincolnshire Show, where we have the League Two trophy, along with Lincoln Tea and Coffee co. and numerous games and activities. 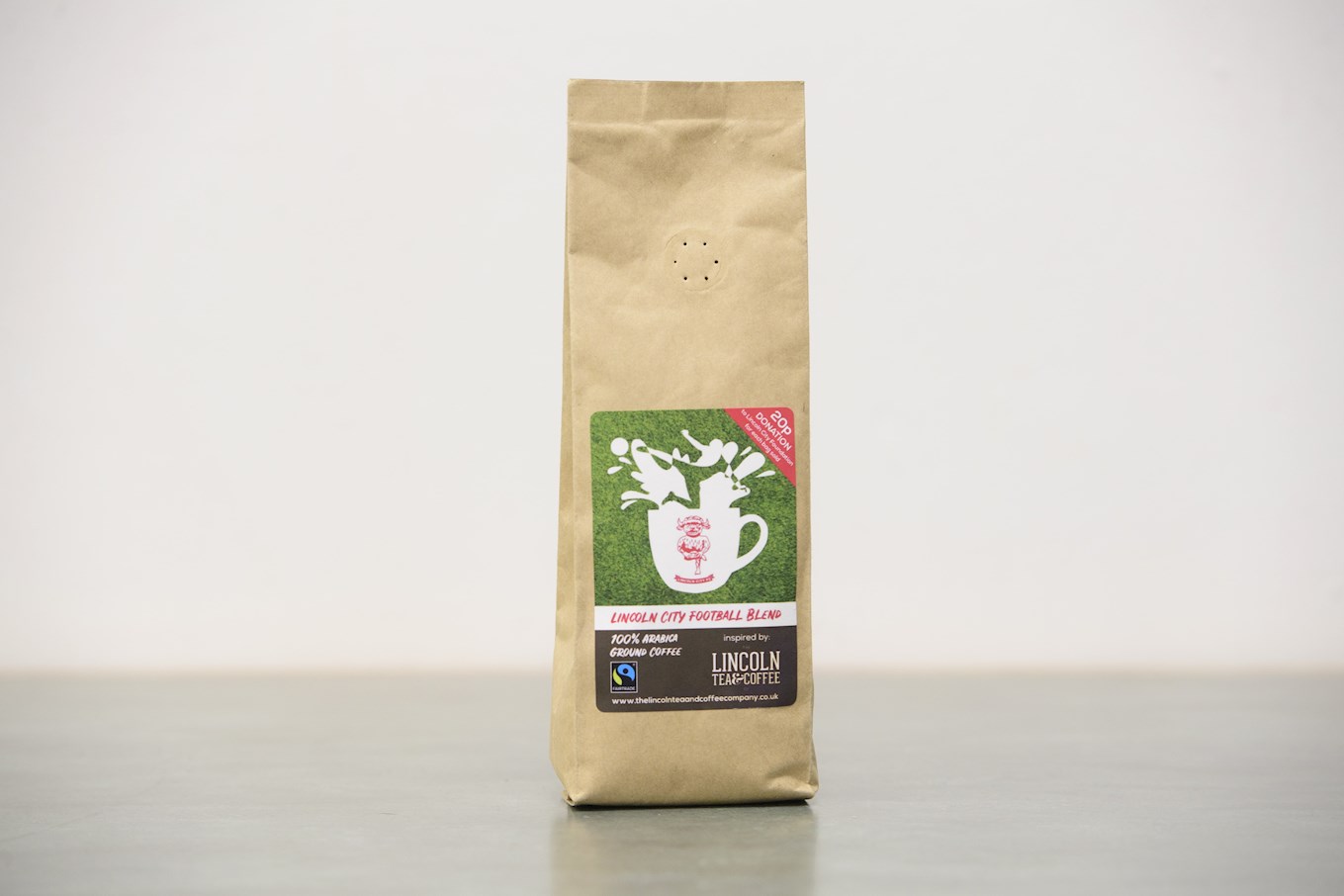 Imps Marketing Manager, Jake Longworth said: "We are extremely grateful to Liza, Andrew and the team at Lincoln Tea & Coffee for kindly promoting our Foundation.

"We hope that coffee-loving Imps supporters across the county will try this new blend, and help support Lincoln City Foundation in the process."

Judy Lyon, Category Manager at Lincolnshire Co-operative said: "As proud sponsors of Lincoln City FC, and as big supporters of local producer such as Lincoln Tea and Coffee, it is rewarding to see us all working together on something that the city will love.

"We have enjoyed being part of the process and bringing the product. We cannot wait for supporters and our customers to try it."