There are less than two weeks until the Sky Bet League One fixtures are released, with City set to face former Premier League sides in City's first season in England's third tier this century. Here, we take a look at a player for the Imps and each opponent that City will face this season. We take a look at the clubs lettered I-Z in part two.

After spending 11 years in Everton's youth setup Jon Nolan signed for Stockport County following their relegation to the Conference in 2011. The midfielder made his senior debut against Lincoln in August 2011 drawing 1-1.

Nolan went on to sign for the Imps in May 2013 after becoming a free agent following Stockport's relegation to the Conference North. In his with season at Sincil Bank the 27-year-old scored five league goals in 32 appearances. 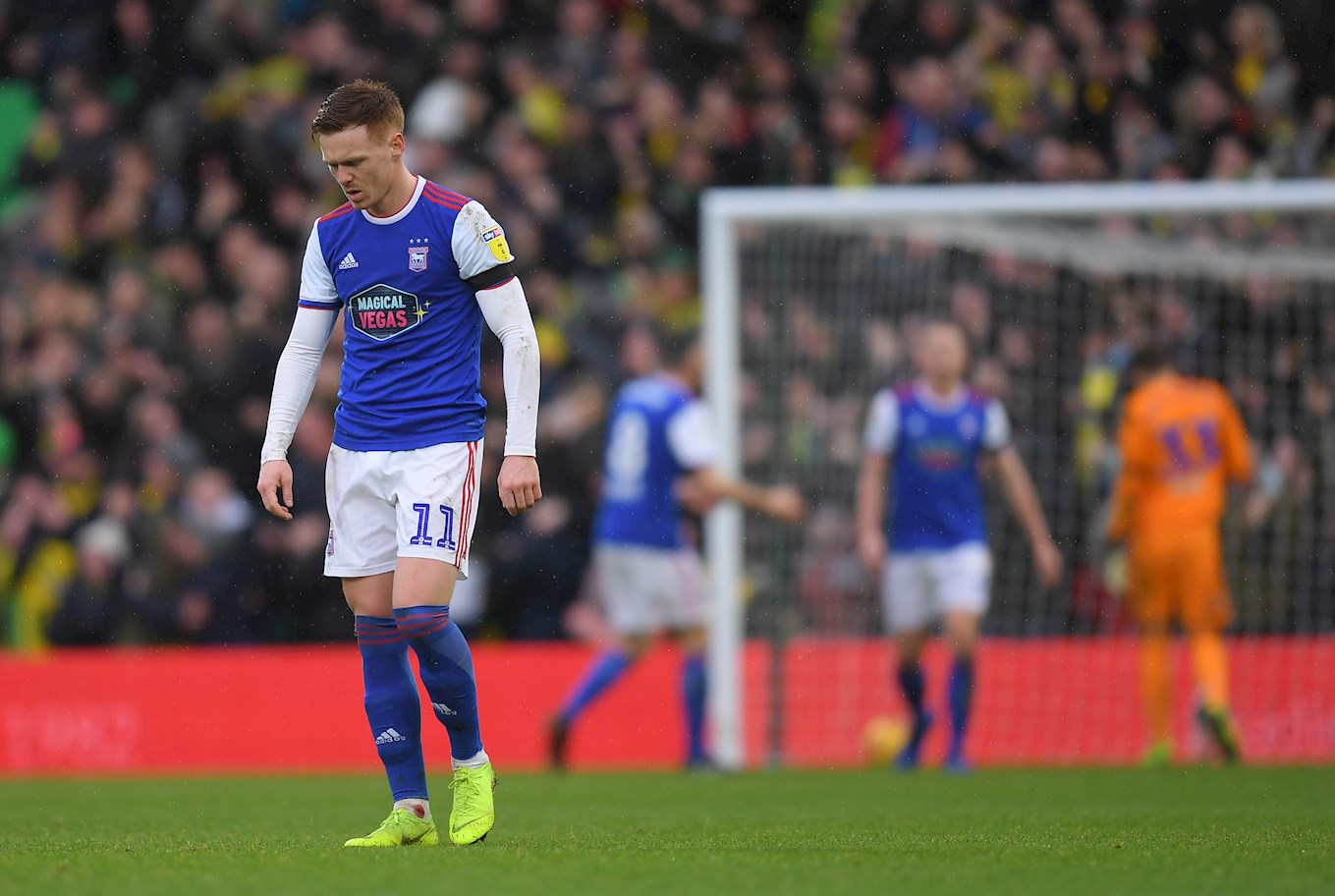 In November 2013, Nolan was called up to represent England C against Estonia U23. The midfielder spent three seasons with City before joining Grimsby Town in January 2016.

Nolan went on to play for Chesterfield and Shrewsbury Town before joining Ipswich Town in August 2018 alongside Aristote Nsiala who had both previously played under Paul Hurst.

The 27-year-old made 28 appearances in all competitions for the Tractor Boys scored three goals, his first coming against Birmingham City in September 2018. 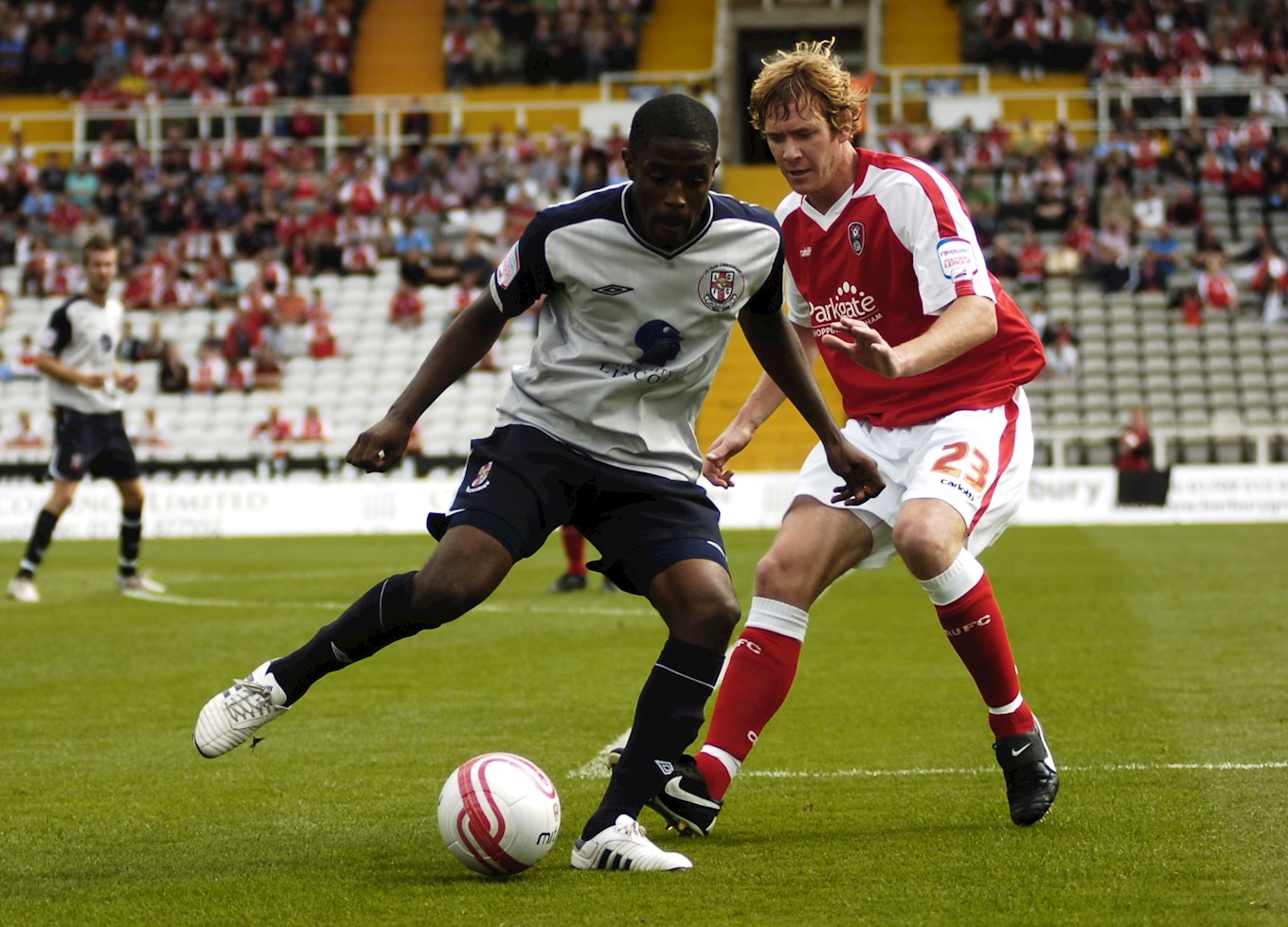 Despite only featuring in cup games for MK Dons, Carayol signed for the club following the appointment of Paul Ince as first team manager. The former England international had previously worked with Carayol during the pairs time together at Macclesfield Town.

Carayol signed for Lincoln in 2010 scoring on his debut in a 2-1 defeat against Rotherham United. Despite suffering a number of injuries throughout his time at Sincil Bank, the midfielder made 37 appearances in all competitions.

Former England C striker Matt Green had four separate spells with Oxford United initially joining the club on loan from Cardiff City in 2007. The forward scored on his debut against Kidderminster Harriers before going on to make a further two appearances.

Green returned to Kassam Stadium in January 2008 on loan until the end of the season scoring twice in 18 appearances. The 32-year-old was released from Cardiff at the end of the 2007/08 season, he went on to join Torquay United in May 2008.

The former England C international joined Oxford for a third time on loan for the 2009/10 season. United finished third in the Conference securing themselves a place at Wembley for the Play-Off final. 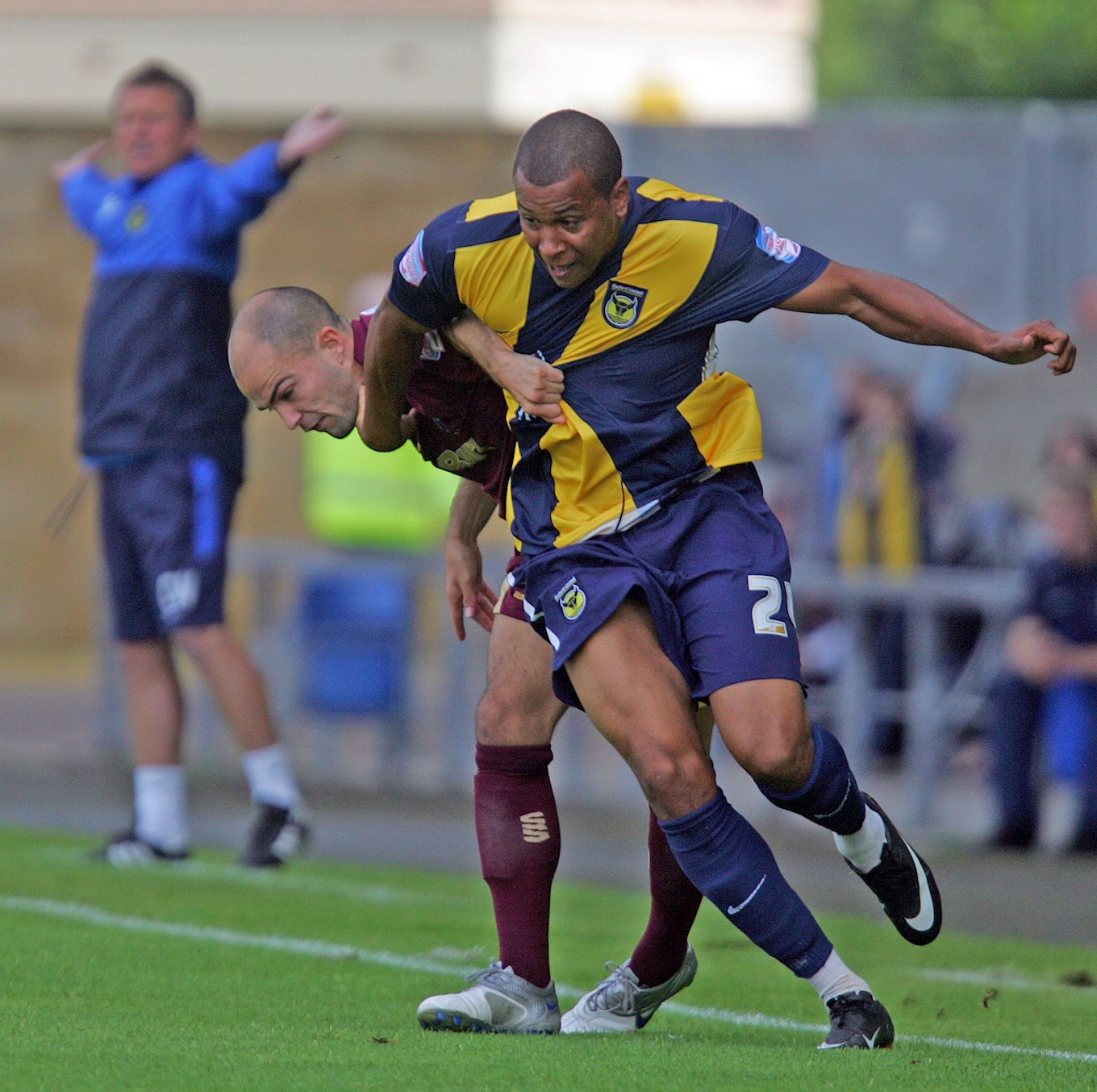 Green scored the opener for Oxford in their 3-1 win over York securing their promotion to the Football League. He signed a permanent deal with the U's in June 2010 on a two-year deal.

After going on to play for Mansfield Town and Birmingham City the striker signed for Lincoln City in 2017 following their promotion to the Football League. Green scored his first goal for the club in their season opener against Wycombe Wanderers in August 2017.

The former England C international played a major part in the Imps first season back in League Two scoring 17 goals in 56 appearances. Green was also involved as City beat Shrewsbury Town at Wembley to secure the Checkatrade Trophy.

In December 2018, the 32-year-old signed for National League side Salford City on a two-and-a-half-year deal. He secured promotion to the Football League earlier this year winning the play-off final 3-0 against AFC Fylde. 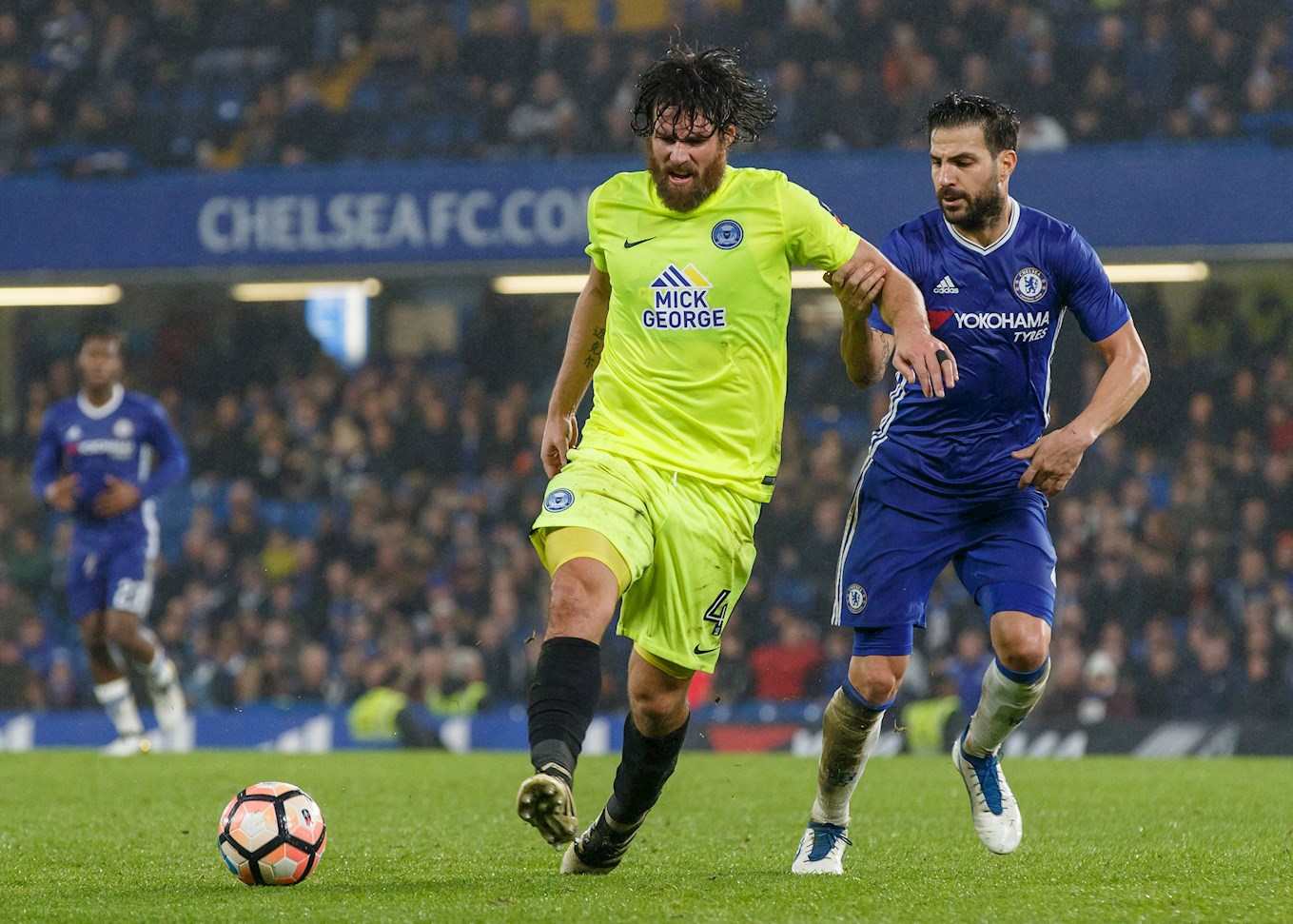 Lincoln currently have four players in their first team squad who have previously played for Peterborough United. Lee Frecklington initially joined Posh in February 2009 on loan after coming up through the Imps youth ranks.

The midfielder made his move permanent in May 2009 before going on to make over 100 appearances for the club. Left-back Harry Toffolo had also previously spent time on loan with Peterborough in 2016.

Imps Player of the Year Michael Bostwick joined Lincoln alongside winger Harry Anderson in July 2017 with the pair both leaving Peterborough United. Bozzy spent five years with United and played over 225 times for the club.

Harry came through Peterborough's academy setup after joining the side in 2014 from Crawley Town. The 22-year-old had four spells out on loan from London Road with Braintree Town, St Albans City and Lincoln. Anderson made his move to Lincoln City permanent following the club's promotion to League Two. 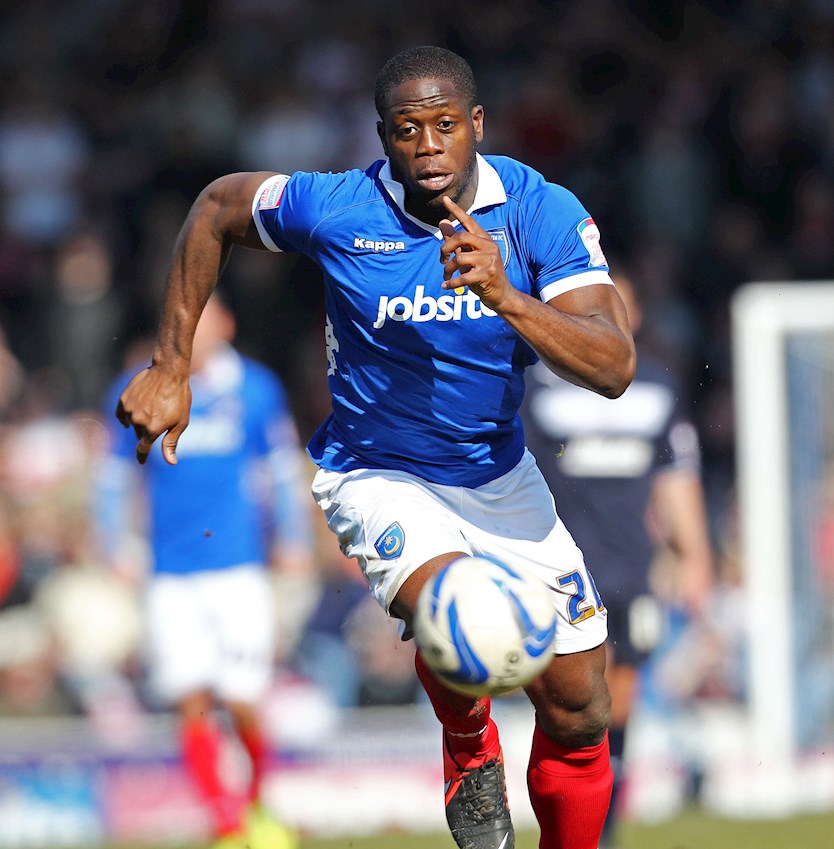 Last season's top scorer, John Akinde signed for the Imps in July 2018 on a three-year deal after spending four years with Barnet. The 29-year-old striker played an important role in City's promotion to League One scoring 15 league goals.

The striker had previously spent time with Portsmouth joining the club alongside Therry Racon and Patrick Agyemang in February 2013. He made 11 appearances for the club, all coming in League One during the 2012/13 campaign. 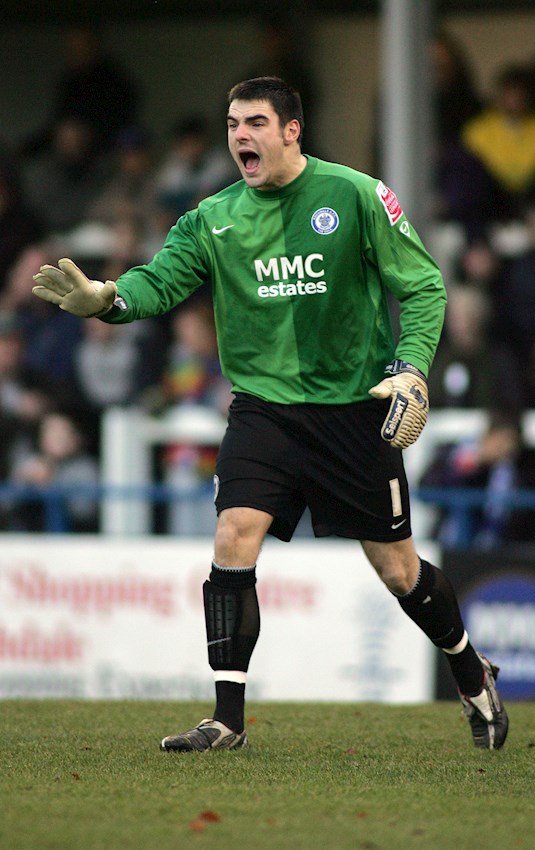 Former Scotland international Matt Gilks spent 12 years with Rochdale after coming up through the academy ranks. The goalkeeper made over 100 appearances for the Dale before joining Championship club Norwich City on a free transfer in July 2007.

Gilks went on to play in the Premier League with Blackpool before signing for clubs such as Burnley, Rangers and Wigan.

In January 2019, the 36-year-old signed for the Imps from Scunthorpe United, he went on to make a total of 12 appearances in a Lincoln shirt keeping six clean sheets. 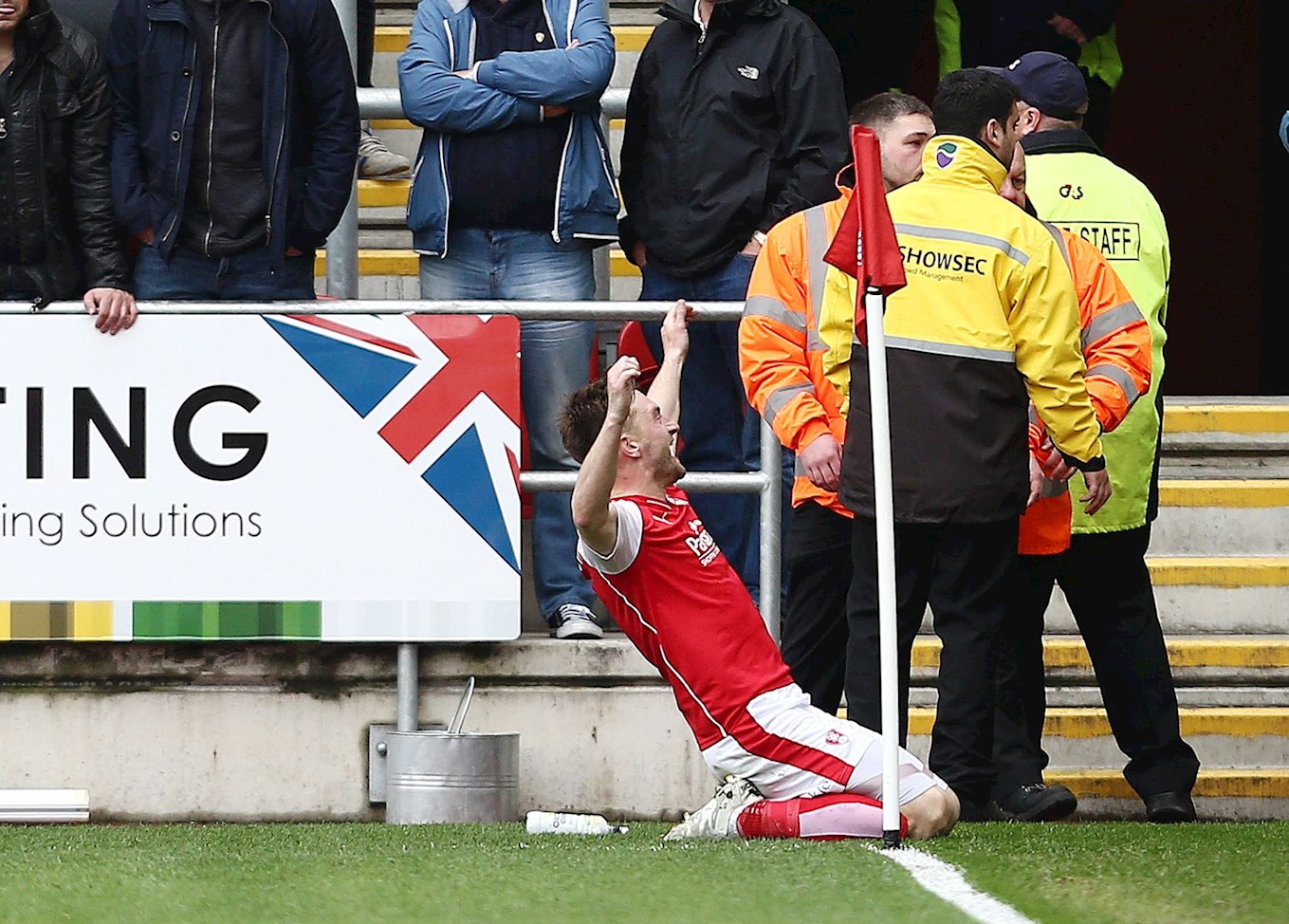 Club Captain Lee Frecklington re-joined the Imps in January 2018 after a six-year spell with Rotherham United where he achieved back to back promotions guiding the club from League Two to the Championship.

The midfielder had initially been on loan with the Millers before making his move from Peterborough permanent in January 2013. In September 2015, Frecklington replaced Greg Halford as club captain.

Lee made over 185 appearances for Rotherham scoring 33 goals and collecting 14 assists. He scored his first goal in a Lincoln shirt following his return in the Imps 2-2 draw with Notts County in January 2013. 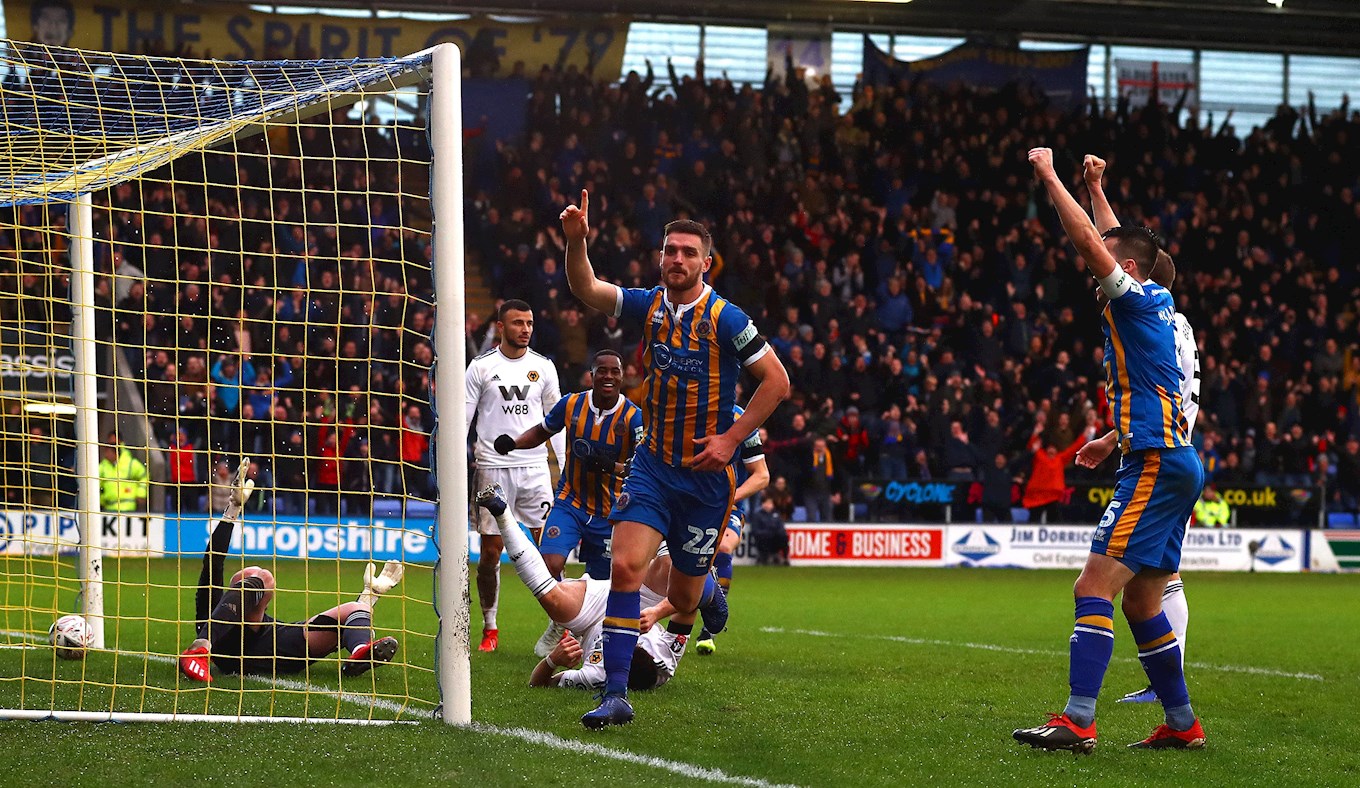 Lincoln will come up against a familiar face in Luke Waterfall next season. The defender captained Lincoln to Checkatrade Final success against his current side in 2018 with the Imps winning 1-0.

The 28-year-old joined City in 2015 following a brief spell with Wrexham. Waterfall made 55 appearances and scored seven goals for Lincoln as they secured promotion to the Football League after winning the National League title.

The defender made 54 appearances in all competitions for The Blues last season scoring six-goals. 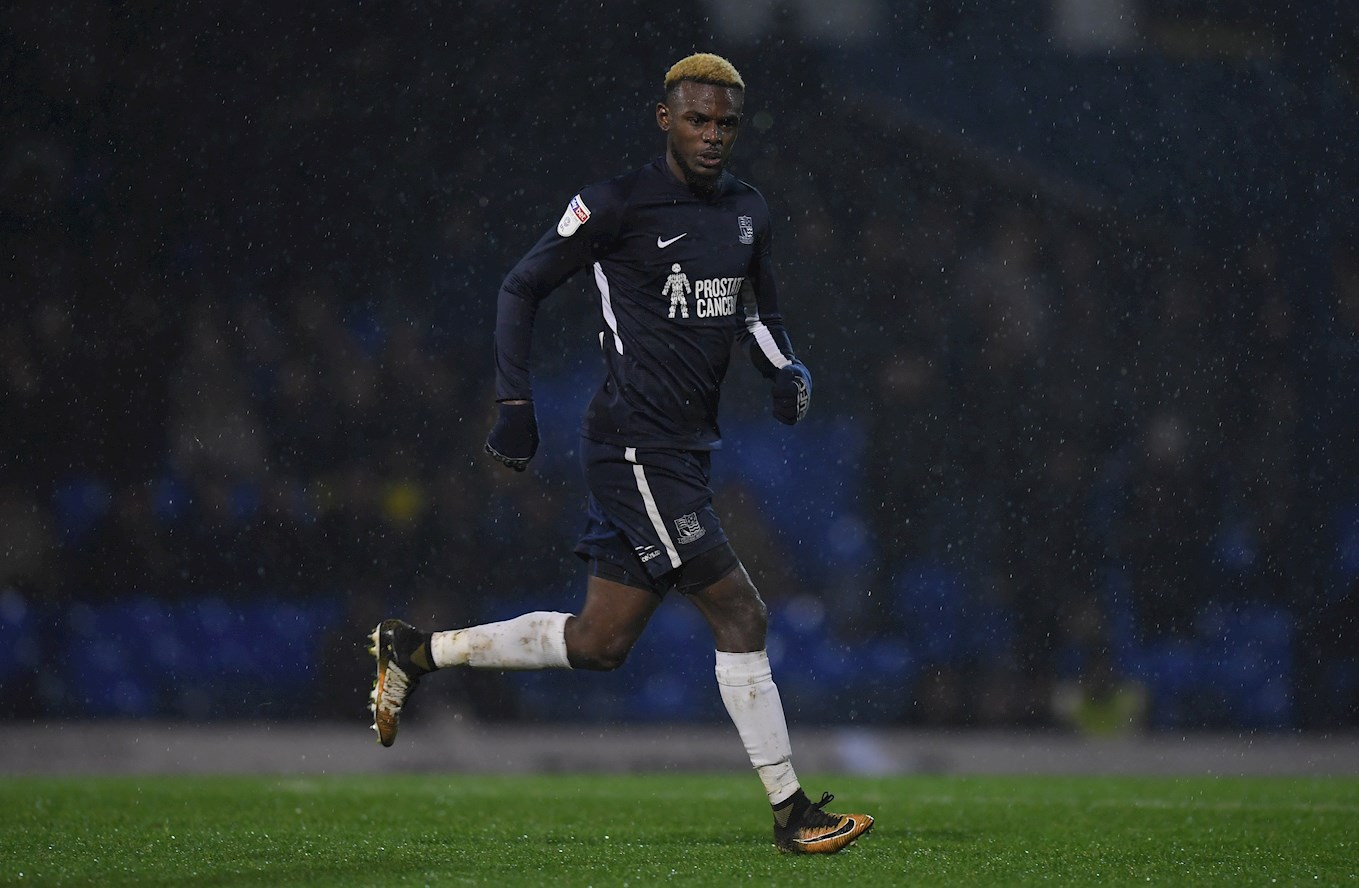 A key figure in Lincoln's famous 2016/17 FA Cup run, Theo Robinson arrived at Sincil Bank in October 2016. The striker went on to score a brace in the Imps 2-2 draw with Ipswich Town in the third round of the FA Cup. Theo went on to score against Brighton & Hove Albion in the fourth round before leaving the club in January for League One side Southend United.

The 30-year-old signed a two-and-a-half-year deal with United in January 2017 making 18 appearances for the side. Robinson scored a hat-trick for the Shrimpers against MK Dons in April 2018 earning himself a nomination for the PFA Fan's Player of the Month.

The striker joined Swindon Town on loan in January 2019 after scoring four goals in 24 appearances at the first half of the 2018/19 campaign.

Goalkeeper Trevor Swinburne spent seven years with Sunderland as a professional before joining Carlisle United in 1977 where he was a first-team regular in the 1981/82 Third Division promotion winning side.

After going on to play for Brentford, Leeds United and Doncaster Rovers, Swinburne signed for Lincoln in 1986. The goalkeeper made his debut in a 2-0 win against Blackpool going on to make a total of 40 appearances in a Lincoln shirt.

The 65-year-old is currently the Chairman of the Lincoln City Former Players Association. 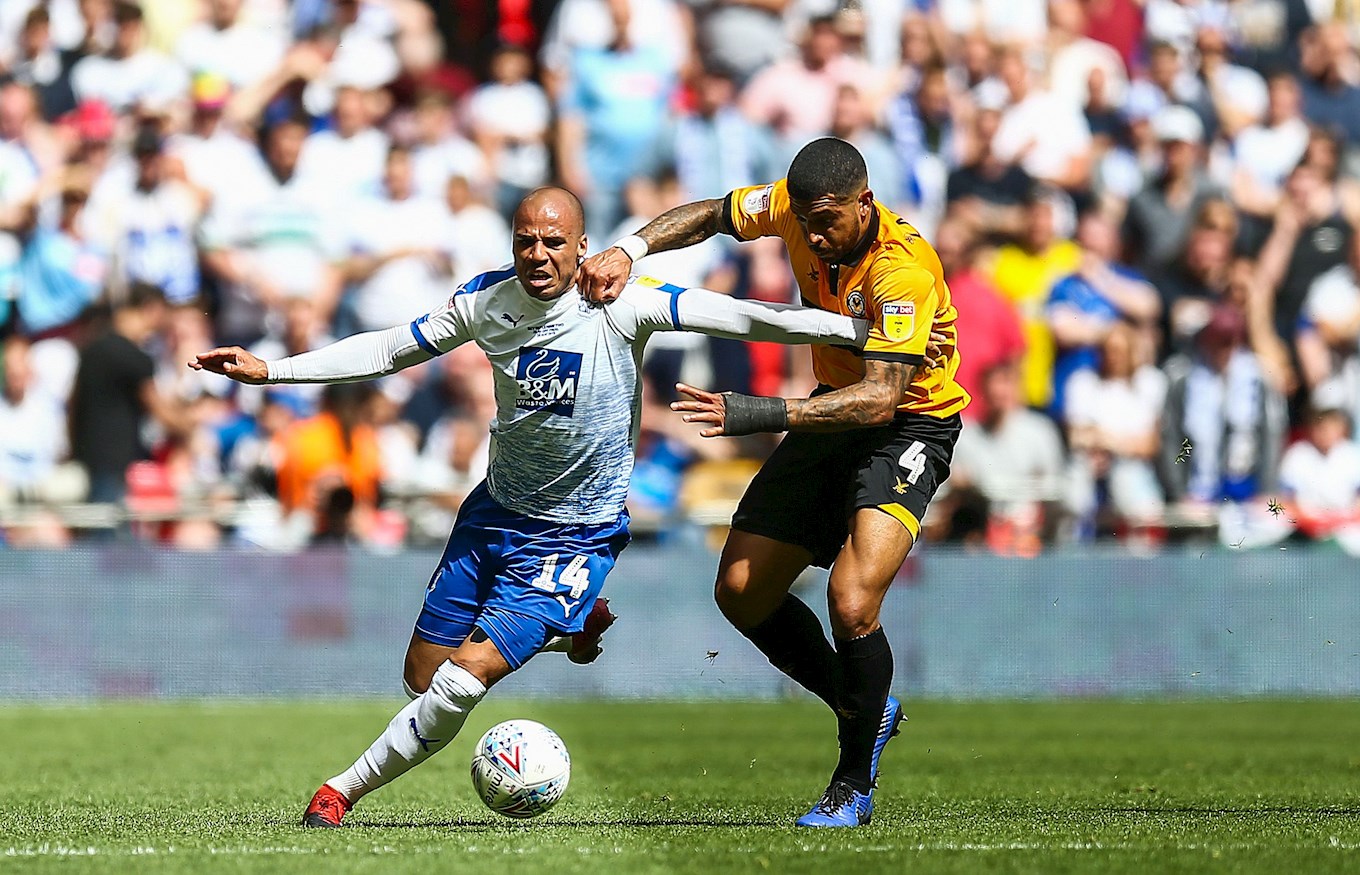 A Lincoln player during the club's time in the Conference, Jake Caprice made 37 appearances for the Imps before signing for Woking in 2015.

After going on to play for Leyton Orient the defender signed for newly promoted Tranmere Rovers where he made 41 league appearances during their 2018/19 League Two campaign. Caprice started for Rovers as they won promotion to League One through the playoffs.

Wycombe Wanderers manager Gareth Ainsworth arrived at Lincoln in 1995 from Preston North End. The Imps paid £25,000 for the 46-year-old who went on to earn himself a place in the PFA Third Division Team of the Year.

Ainsworth became a popular figure with Lincoln fans after scoring 22 goals in the 1996/97 season finishing second-highest goal scorer in the league. Gareth won the club's player of the season award twice before being sold to Port Vale for £500,000. 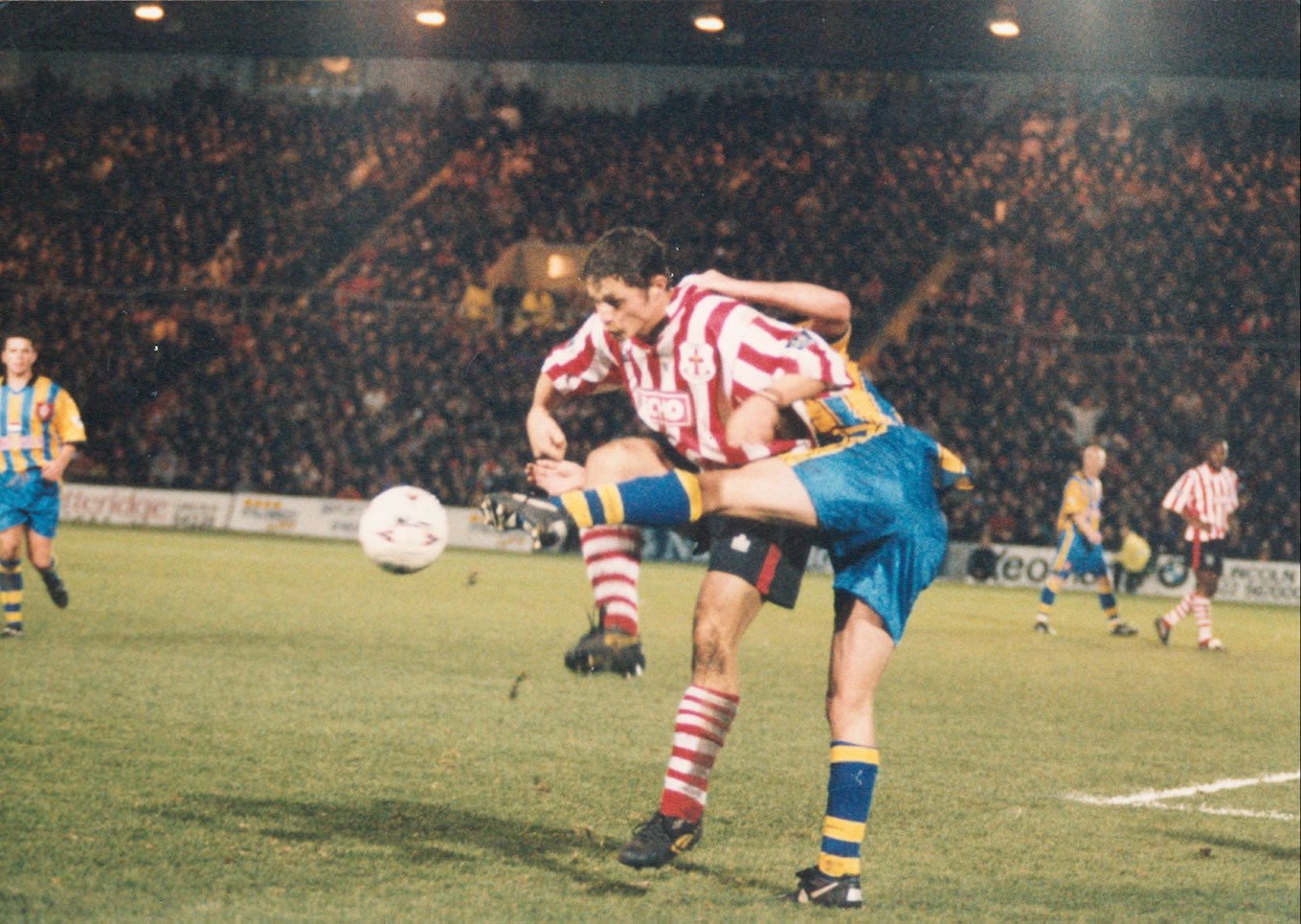 The former Imp signed for Wycombe in 2010 following a loan spell with the club. Ainsworth went on to make over 100 appearances for Wanderers before being appointed manager of the club in November 2012.

Ainsworth remained a registered player with the club as he guided Wycombe to League One winning promotion at the end of the 2017/18 season.