Lincoln City have been drawn in Group H (Northern Section) alongside Manchester United U21s, Rotherham United and Doncaster Rovers for the Round One Group Stage of the EFL Trophy. 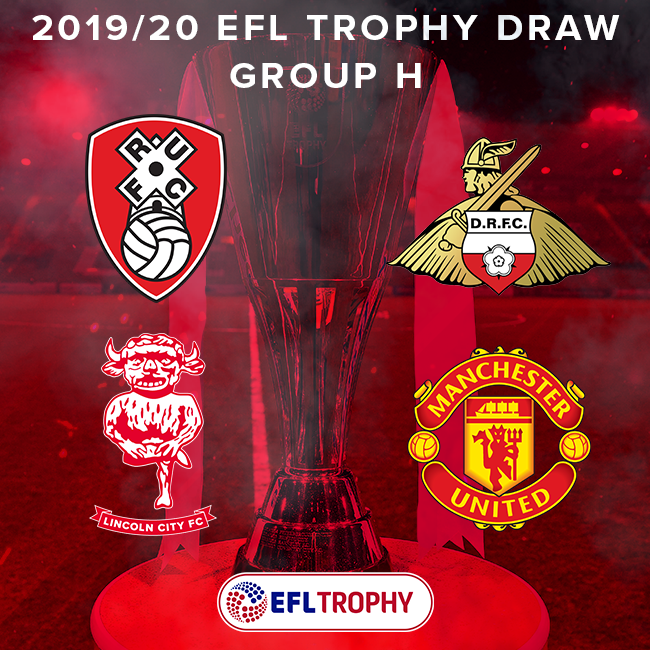 The format of the EFL Trophy

The 48 Leagues One and Two sides will be entered into the competition, alongside 16 Category One Academy teams (the 16 Academy Clubs will be invited to participate in the Competition based on the final League positions achieved in the preceding season). 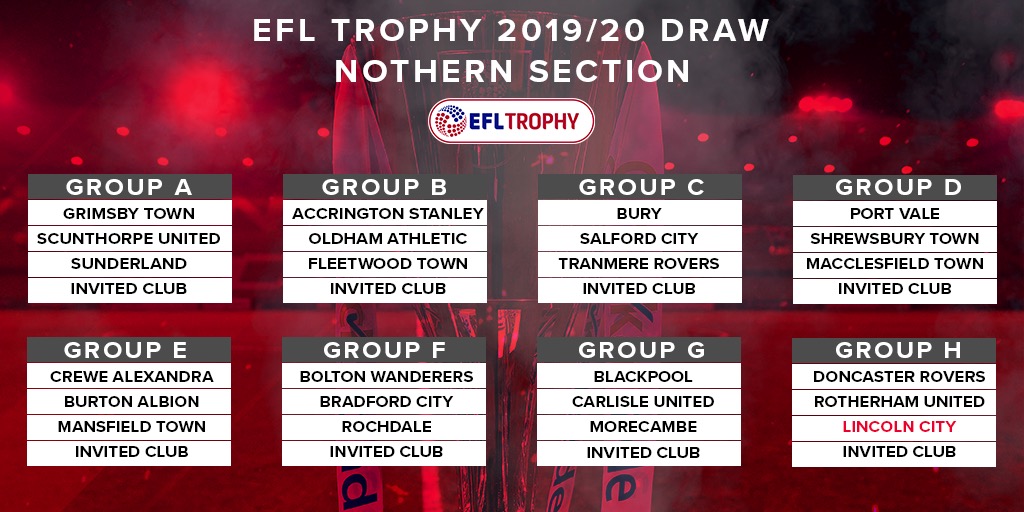 A qualifying outfield Player will be one who meets any of the following requirements:-

NB. No Player can appear for 2 different teams in the Competition.