With season ticket sales at a record level, we are working hard to ensure we maximise match by match availability in all parts of LNER Stadium. There are of course a number of factors which dictate the timing of this process and the below aims to narrate the generic process that club officials will be taking in the build up to each fixture. With this, please do note that each fixture is subject to change based on a number of unique factors that will be bespoke to the game in question.

LCFC will proactively contact every opposing club to get an early understanding of how many supporters they would expect to attend their upcoming fixture at LNER Stadium and where possible reach agreement as to the number of forecasted sales; therefore suppling the agreed ticket stock for advance sales only. Based on the allocation agreed this may also enable an initial allocation of home Stacey West tickets to be put on sale immediately on release of the fixture.

In lieu of the above please note EFL rule 34.2.1 which LCFC are mandated to operate within at all times.

Each Club must make provision for at least 2,000 visiting supporters at every home match or such number as represents 10% of the Club’s certified capacity, if less than 2,000…..

Where the opposition club agree to act as vendor for Lincoln City home fixtures, tickets for away supporters will remain on sale at their respective ticket offices until 12pm (noon) on the day before the scheduled fixture (Friday for Saturday fixture’s and Monday for Tuesday fixtures). The away club would then supply LCFC with actual sales numbers. Based on this information LCFC officials will then consult with external colleagues (if required) to consider moving the segregation line to allow more Imps’ supporters into the Stacey West Stand and/or if we can allow Pay On The Day for home and/or away supporters. Visiting supporters should contact their respective Clubs with regards to Pay On The Day. This decision will be made and announced as early as possible.

If there are any extra tickets for home supporters these will be made available to MyImps membership holders in the first instance online via Eventbrite at 7pm on Friday ahead of a Saturday game until 10am (match day) when the remaining tickets will be made available for general sale.  Tuesday fixture would follow the same process however, they would be available online via the Eventbrite system from Monday evening at 7pm to MyImps membership holders and released for general sale 9am (Match Day - Tuesday).  Please be aware that due to variable timescales in communicating with the away club, LCFC may not always be able to provide extensive notice period for additional sales, however this will be no earlier than 7PM the day before a game and where possible 7PM will be adopted the regular timeslot. To be explicit, it is expected that advanced notification times may be variable, however where possible 7PM will become a permanent fixture across the season.

Similar also applies to Junior Imps sales with Junior Imps tickets being released from block 6 downwards (i.e. block 6, 5, 4 etc.). Junior Imps Sales will be assessed on a Thursday before a Saturday fixture, and on a Friday ahead of a Tuesday night fixture the following week.  Where there are seats still available in bulk (complete columns of rows A-E) , these will then be released for general sale at 7pm the following day. These will be sold from block 4 upwards (i.e. block 4 then 5, ) with a soft segregation put in place between the general admission and the family stand. All other remaining seats will continue to be available for purchase to JIC members until ticket sales end on the day of the fixture or until they have sold out.

General admission sales will NOT be sold within the family area and as a result, there may at times be odd seats that remain vacant and unsold. LCFC believe it is important to retain a ring-fenced environment for the Junior Imps members and as such appreciate your support and understanding with this policy.

Following the closure of the JIC ticket sales, JIC members will still be able to purchase tickets at the MyImps price across the stadium (subject to availability).

Any option for home supporters to pay on the day of the game at cash turnstiles will be a decision made by Club officials in consultation with external colleagues (where required). Safety of all fans is paramount to LCFC so with a number of influencing factors affecting this decision LCFC will aim to keep fans updated by way of regular communication; offered at the earliest opportunity.

Unfortunately Junior Imps Members are not entitled to the Buy Back Scheme rebate however, the accompanying adult / concession would receive the a rebate, we would therefore appreciate them utilizing the Scheme enabling other families to attend a match.

Thank you for your amazing support.

Gold Memberships back on sale


With Sky Bet League One football secured next season, we can now provide supporters with further information on season memberships ahead of the 2022/23 campaign.


Imps supporters who hold a Bronze or Junior Imp Membership with the club can purchase tickets for the final home fixture of the season from 10am on Monday 11 April. 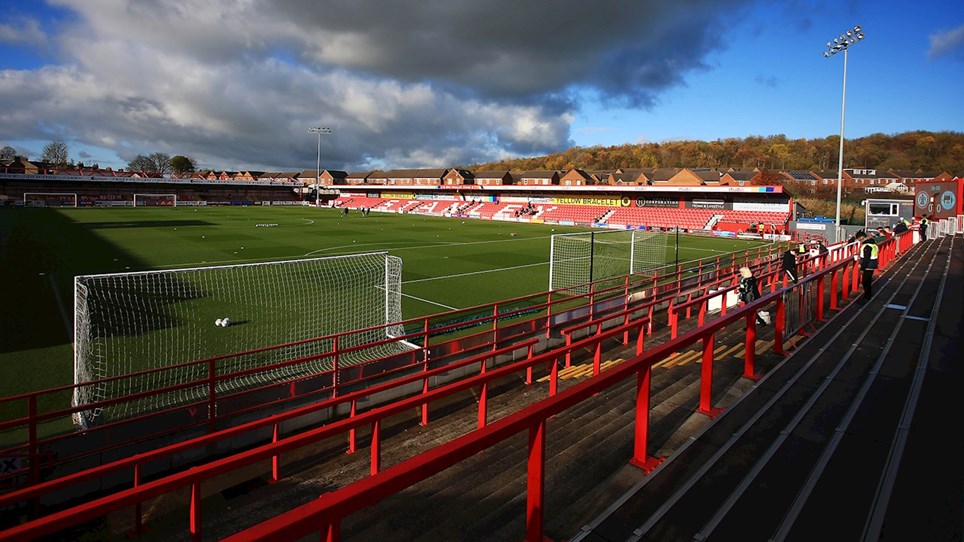 
The Imps can confirm ticket news for supporters ahead of the trip to Accrington Stanley on Saturday 23 April 2022 (3pm KO).


Imps supporters who hold a Bronze or Junior Imp Membership with the club can purchase tickets for the upcoming home fixture versus Cheltenham Town from 10am on Wednesday 30 March.