The Lincolnshire Derby is almost upon us! Sincil Bank is the venue as Lincoln City look to add to the unbeaten run of five against Grimsby Town in the Football League.

This historic fixture has a rich history of rivalry with the pair most recently sharing the points at Blundell Park in August 2018 with a 1-1 draw.

City go into the game with three new signings in their squad as Danny Cowley ventures into the transfer market for the first time this month. 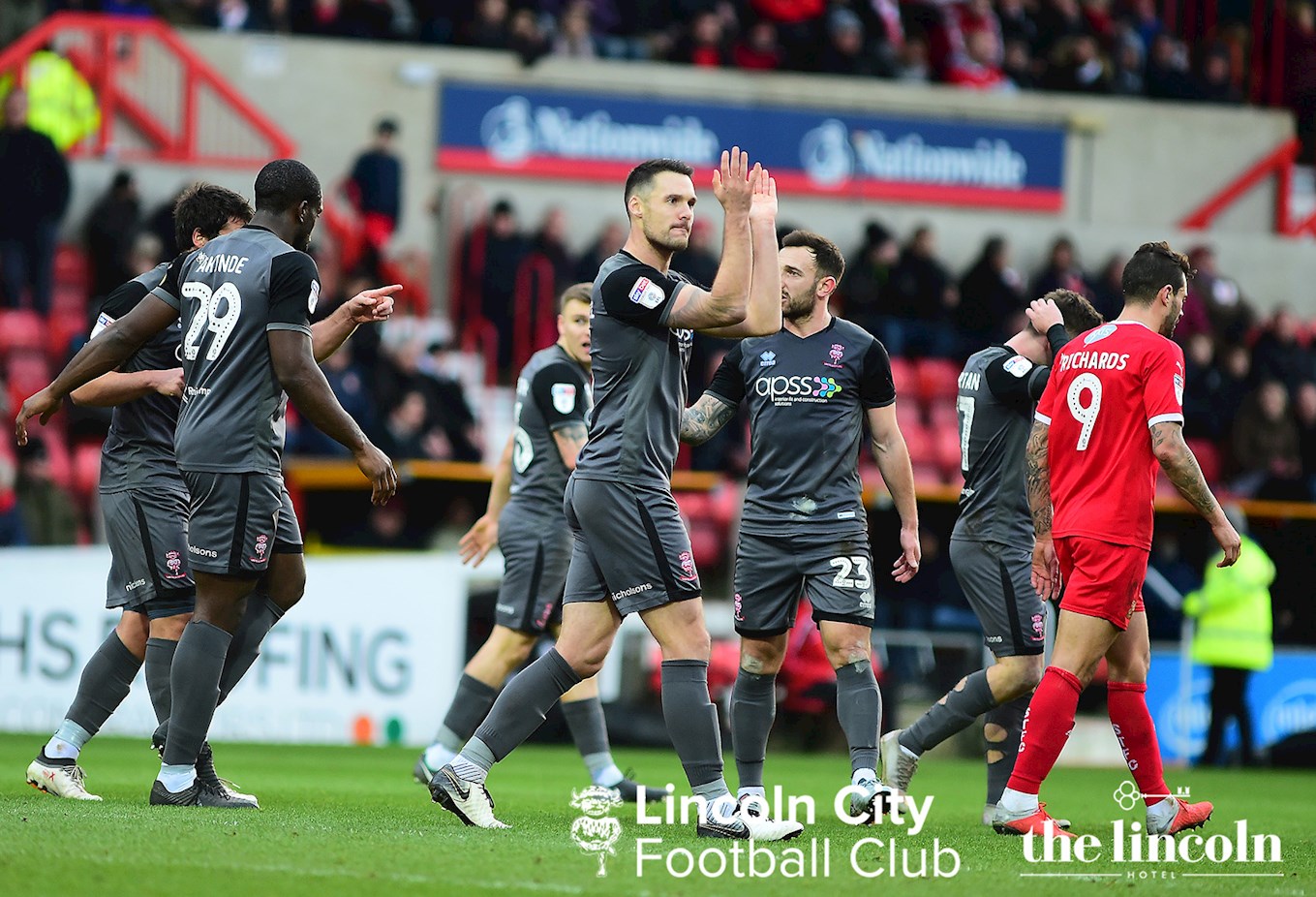 Lincoln go into the game off the back of their 2-2 draw with Swindon Town last Saturday. Jason Shackell and Shay McCartan were on the scoresheet for City, with Michael Doughty grabbing a brace for the home side.

City now have 52 points to their name at the top of the SkyBet League Two, three more than second place Bury.

Grimsby Town have lost three consecutive games in all competitions, most recently against Sol Campbell’s Macclesfield Town in a 2-0 defeat at Blundell Park.

The Mariners started the year with a 1-0 defeat to Mansfield Town with Neal Bishop scoring the only goal of the game. 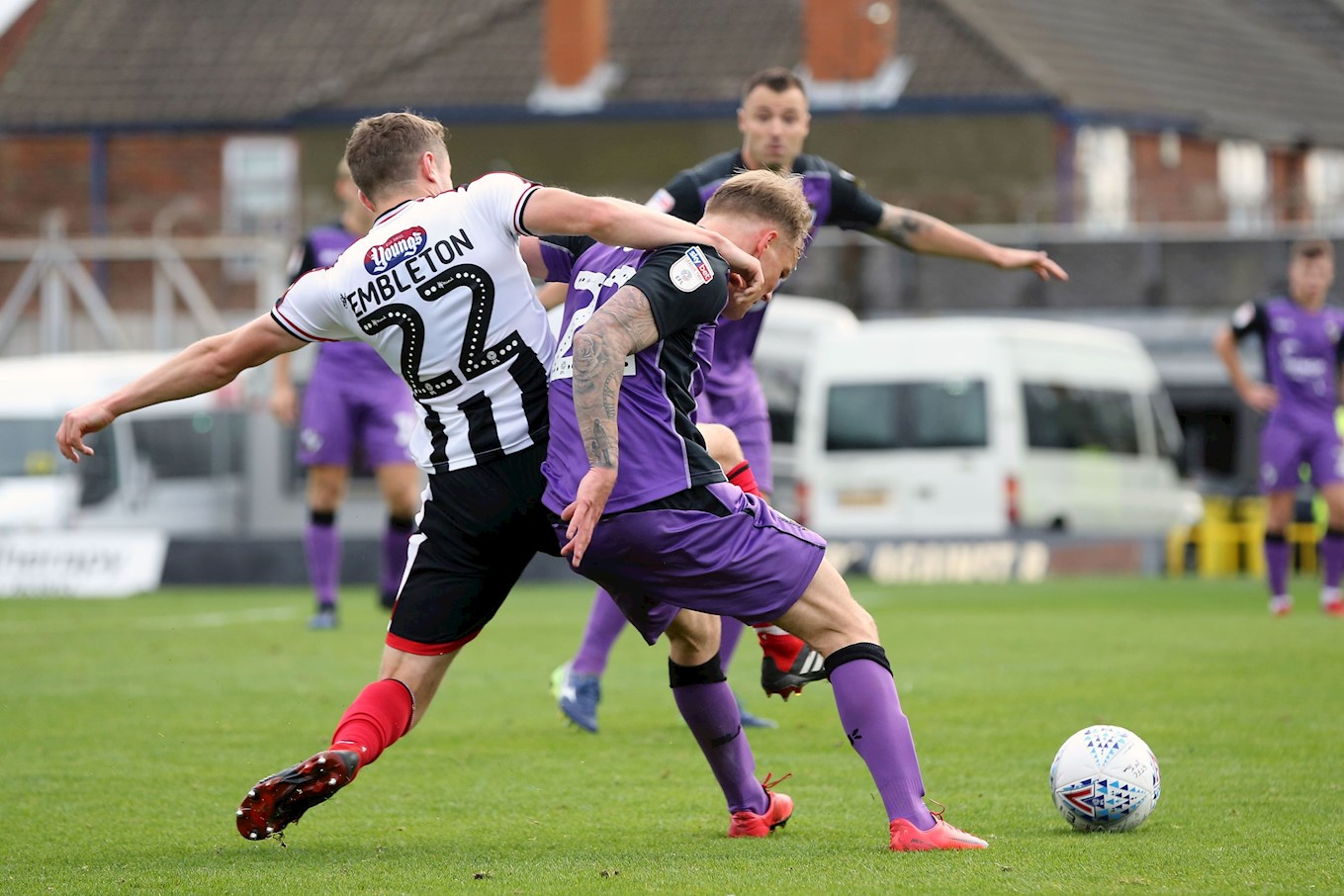 Town have recently played Crystal Palace at Selhurst Park in the Emirates FA Cup third round and despite having Andrew Fox sent off in the third minute, Michael Jolley’s side did well to only concede one goal late on in the 86th minute through Jordan Ayew. 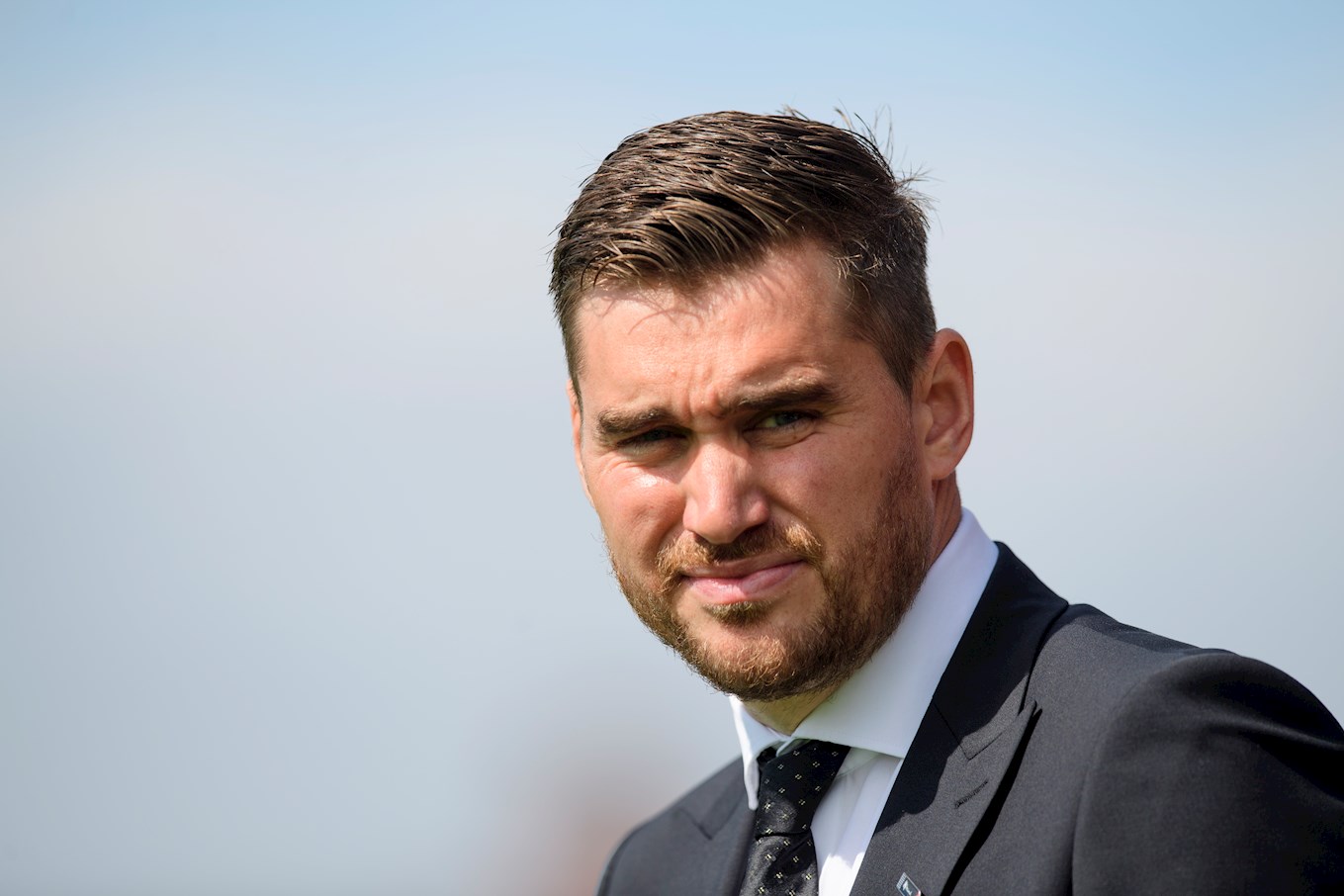 Speaking about this weekend’s derby, Jolley spoke highly of Lincoln, praising their squad and manager: "Any local derby is one that people get excited about, it was a hard-fought match earlier in the season and we are really respectful of Lincoln.

“They are having a magnificent season and have a great squad and an excellent manager."

The last time the pair met was earlier in the season at Blundell Park when John Akinde’s 71st minute penalty was enough to pick up a draw for the Imps.

City beat Grimsby 3-1 at Sincil Bank last season with three first half goals in the space of eight minutes.

Lee Frecklington was the first to get on the scoresheet in the 31st minute before Matt Green added a second for the Imps just three minutes later. 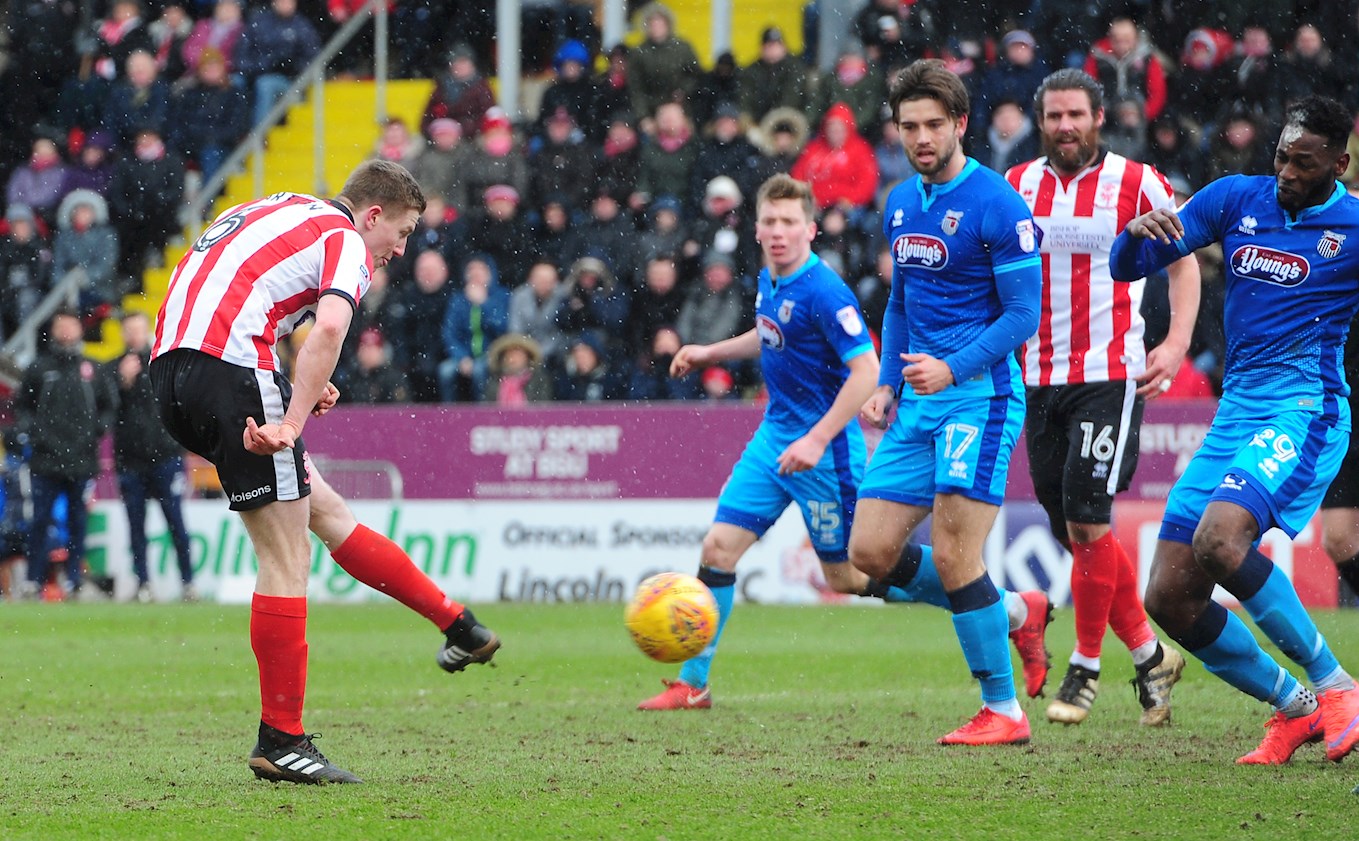 Scott Wharton scored his second goal in an Imps shirt in the 39th minute, just a week after his first against Chesterfield. Grimsby’s only goal came from the penalty spot just before half-time through Ben Davies.

The same score line occurred in 2014 when the Imps travelled to Blundell Park for a memorable win. Despite the Mariners taking the lead after 21 minutes through Craig Disley, Lincoln came back to win the derby in style.

Charlee Adams bagged City’s equaliser in the 43rd minute with a magnificent strike from long-range, causing mayhem in the away end. 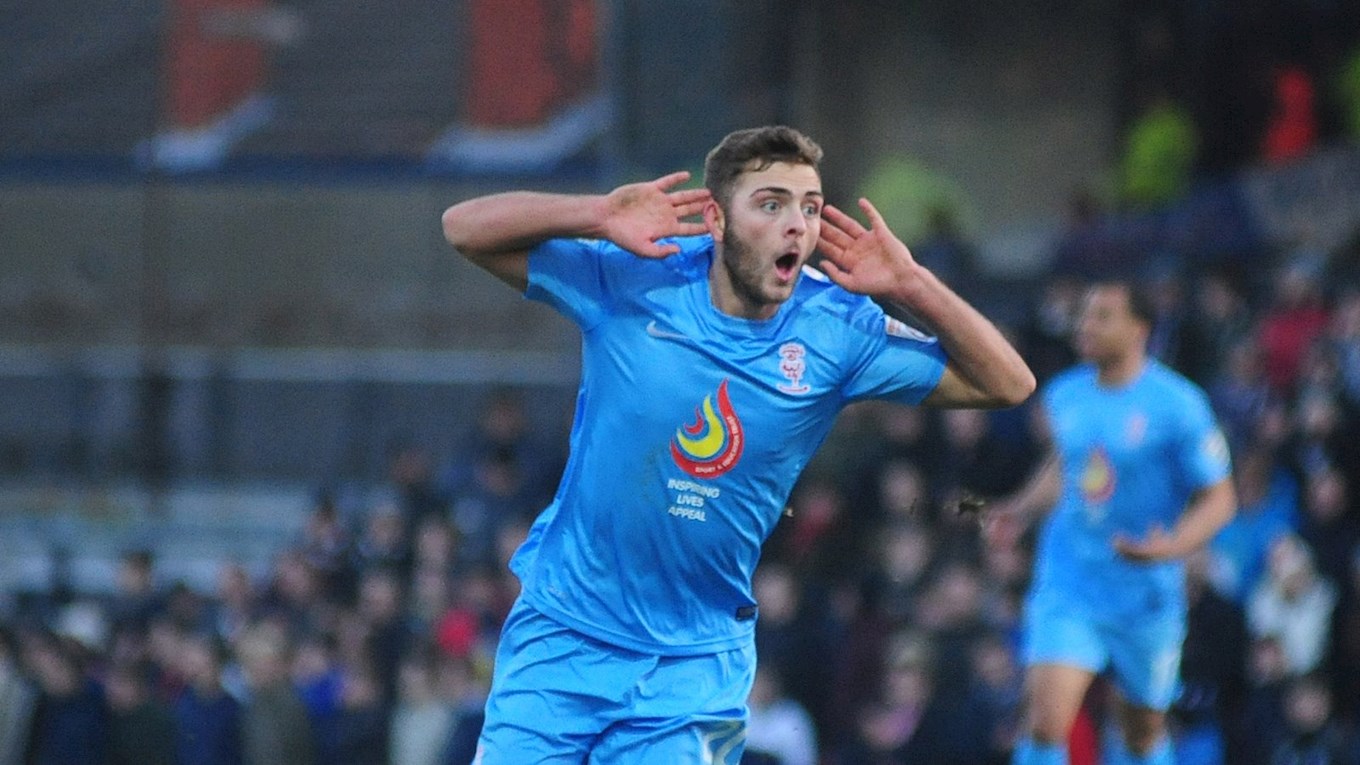 However, the jubilant celebrations didn’t stop there as Alan Power added a second from close range just four minutes later.

This weekend the player to watch is striker Wes Thomas. The 31-year-old signed a one-year deal with Grimsby Town in August 2018 following a successful spell with Oxford United in the SkyBet League One.

Thomas came up through the non-league system in 2005 following his release from Queens Park Rangers as a youngster.

The striker got his first big break with Dagenham & Redbridge in 2008, he went on to play for Cheltenham and Crawley before signing for Bournemouth in 2012. 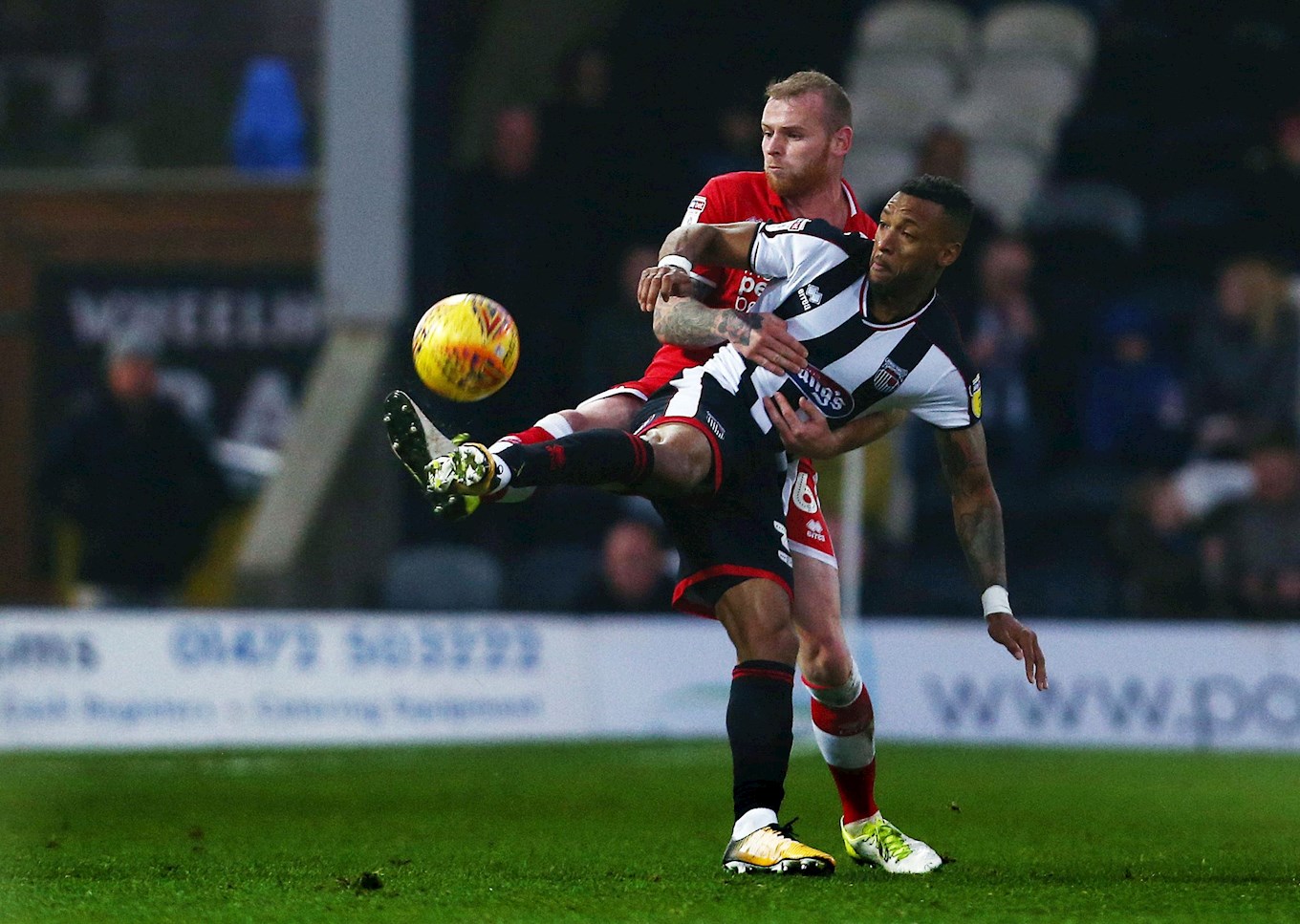 A number of loan spells followed for the 31-year-old at Portsmouth, Blackpool and Birmingham City. In 2014, he signed for Rotherham United, scoring five league goals in 13 appearances.

This season Thomas has scored eight goals in all competitions from 27 games. As well as being the Mariners’ top goal scorer, the forward has assisted two goals this season.