The Imps are looking to extend their unbeaten league run to 11 games as they host in-form Exeter City tonight.

It was a familiar story for Andrade who continued his impressive goal scoring form after bagging a brace against Morecambe, bringing his goal tally for the season to nine.

The 25-year-old continued his record of scoring in every game he’s played in following his return from suspension against Notts County.

The Imps are currently at the top of the SkyBet League Two table with 65 points to their name, two more than second placed Bury who beat Oldham 3-1 at the weekend. 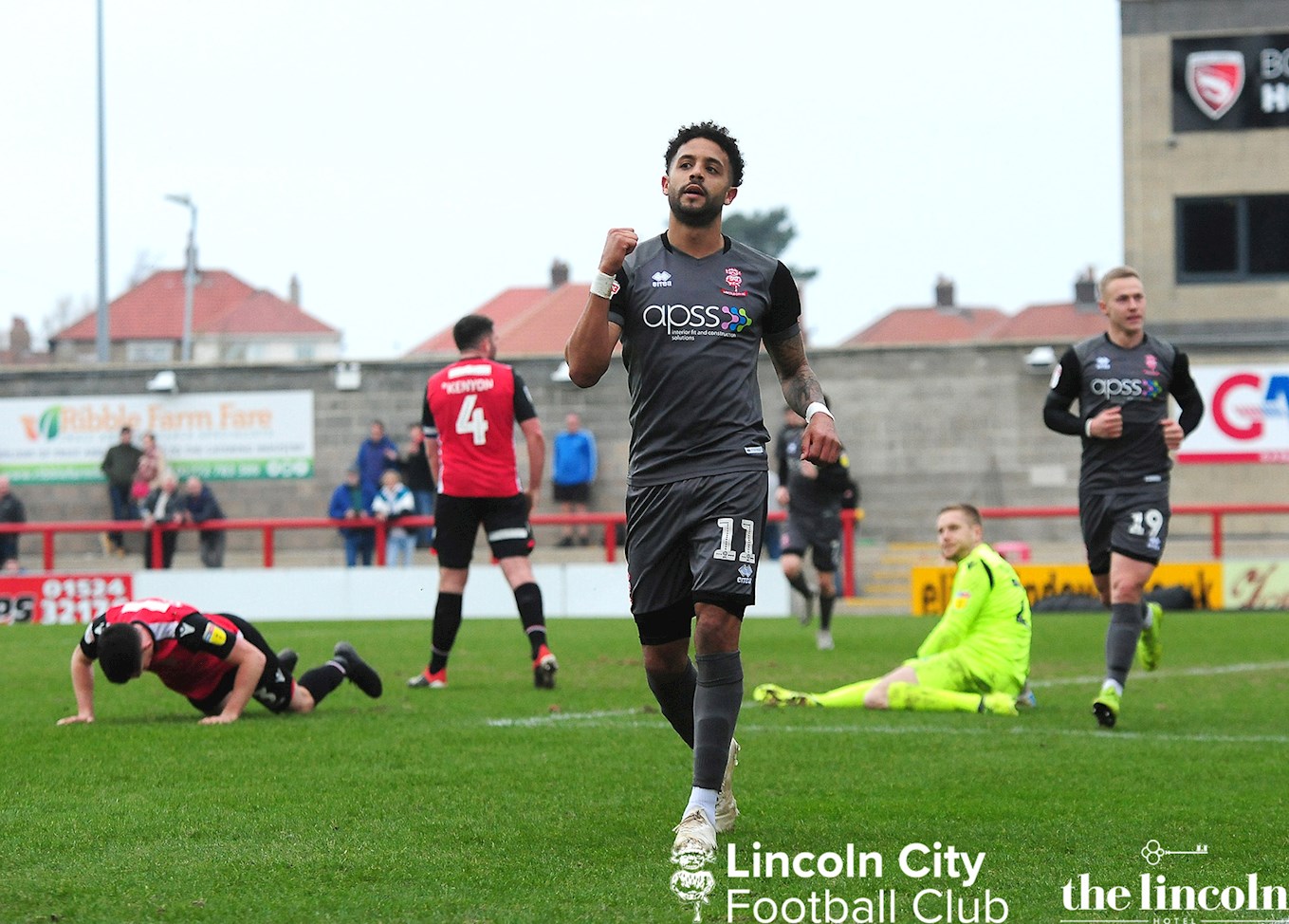 The Grecians lost 3-1 at Wembley and are currently on the hunt for a play-off place this season. 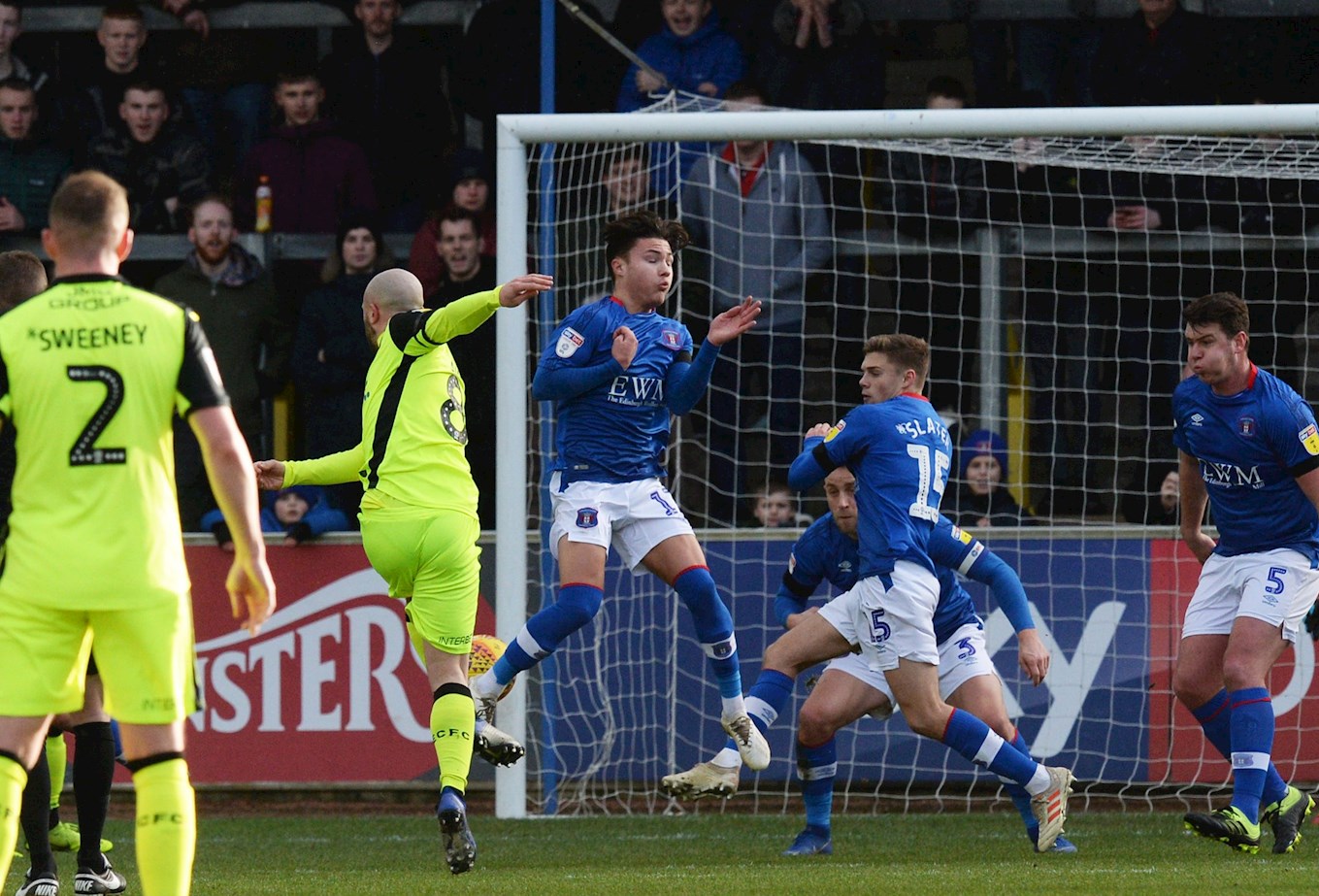 City’s recent form has seen them lose just two games in their last six matches. Matt Taylor’s side picked up three points last Saturday with a 2-1 win over Crewe Alexandra.

Exeter’s last defeat came against Bury on 16 February when Nicky Maynard’s 66th minute strike was all it took for the away side to secure three points.

City are currently in seventh position with the same amount of points as Forest Green and Colchester who are above them with a goal difference of 17.

Exeter youngster Archie Collins has told press that his side will be looking to improve their impressive form as the Grecians travel to Sincil Bank this evening.

“You go into every game knowing it’s going to be different, home or away. If we keep the basics right, like our attitude, and our work rate and confidence then I think we’ve got a great chance in any game of football in this league,” said the 19-year-old.

“I think the camp are high on confidence off the back of Saturday, but we’ve got to keep on pushing and keep on going.”

He continued: “Some of the boys say that it’s a big place to go but I suppose you’re not in your comfort zone at every away game because you’re not at St James Park and the surroundings are different. 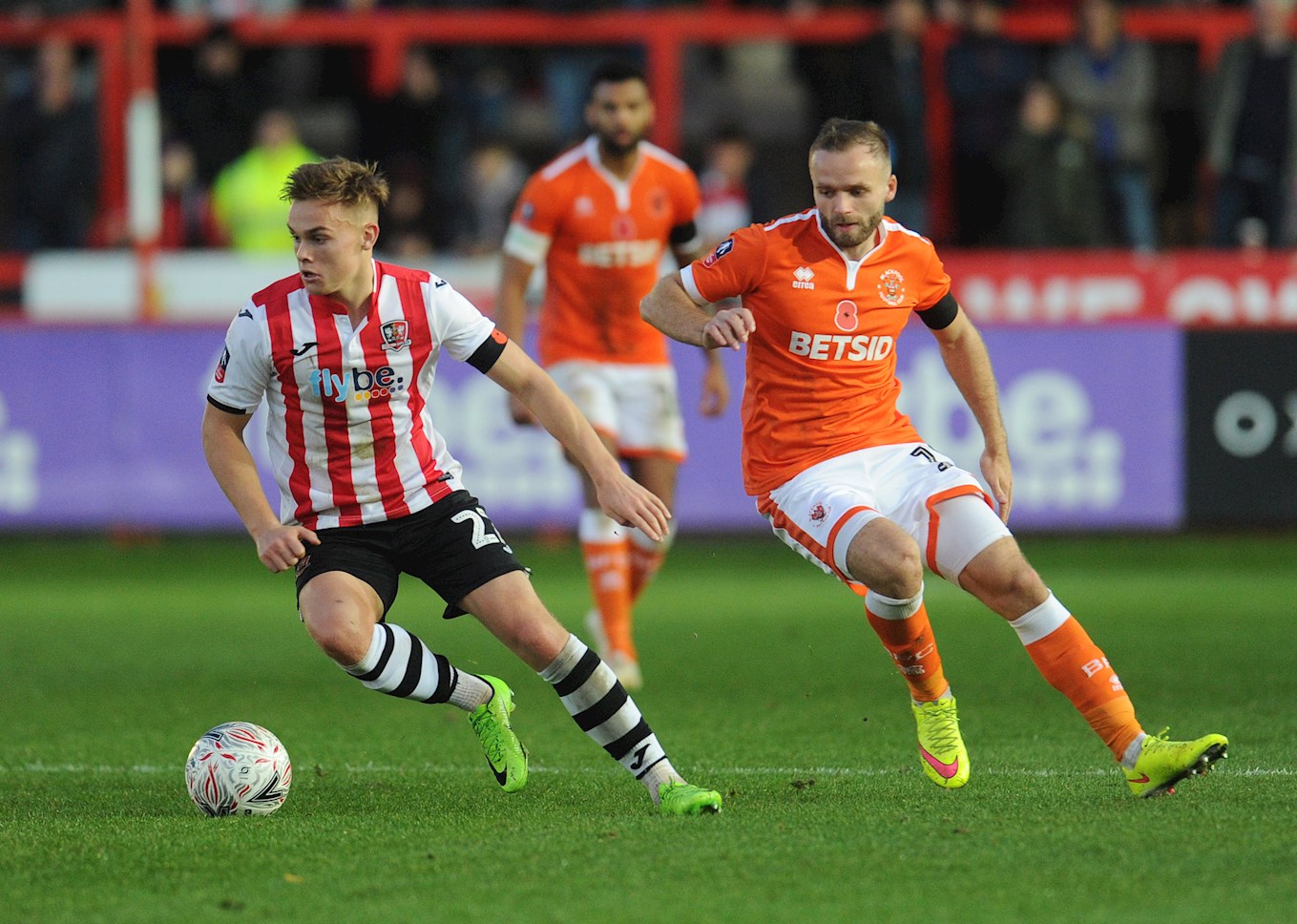 “We need to take it in our stride and forget about the surroundings, play our football and do what Matt [Taylor] wants us to do and try to get that three points.”

The midfielder also added that City will be looking to impose themselves on the game, with the help of the travelling away supporters.

“We’ve got to forget about what they want to do and bring our football and our game and show what we can do and hopefully we can get three points,” explained Collins.

“It’s a Tuesday night, it’ll be great to see as many supporters as we can and, hopefully, they can keep the good support coming because they’ve been brilliant all year.”

The Imps came out on top in the last meeting which took place at St James Park.

City won 3-0 with Lee Frecklington and John Akinde scoring in the first half. Lincoln grabbed a third goal through a Troy Brown own goal in the 56th minute.

The two sides' faced each other in the League Two play-offs at the end of City's first campaign back in the EFL.

City lost 3-1 in the second leg following a 0-0 draw at Sincil Bank in the First Leg, meaning they didn't make their second trip to Wembley in 2018 after Checkatrade Trophy success.

In 1974, Lincoln beat Exeter in a League Division Four clash where The Imps won 5-0.

On 11 occasions, there have been five or more goals when the pair have played each other. Five of those games have resulted in a Lincoln City 4-1 win.

One to Watch – Nicky Law

The 30-year-old midfielder joined Exeter City in July 2018 following a two-year spell with SkyBet League One side Bradford City.

Law started his career with Sheffield United in 2005 where he made a total of five league appearances for the first team.

The midfielder experienced a number of loans away from Bramall Lane with Yeovil Town and Bradford City. 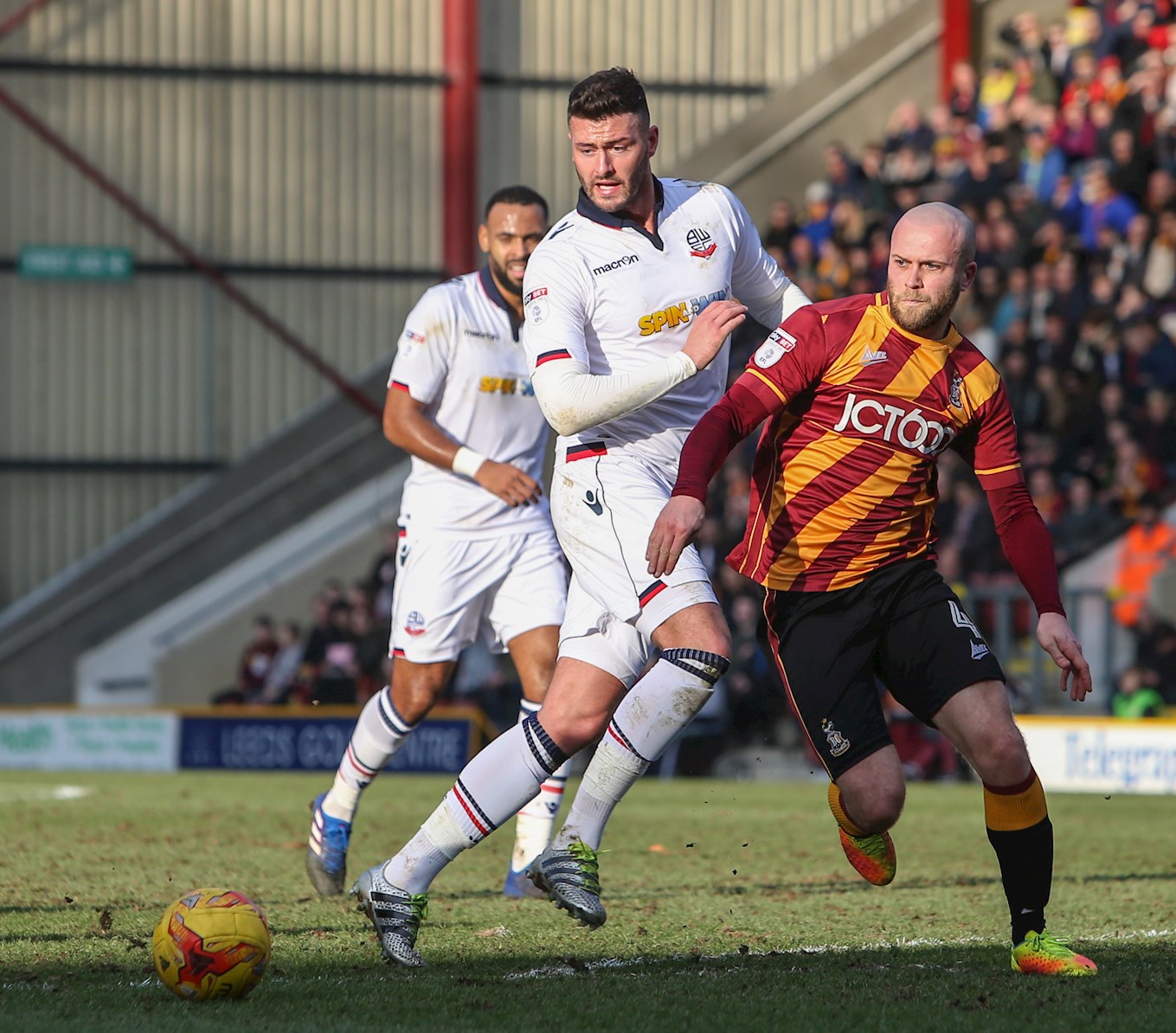 In 2009, he signed for Rotherham United where he spent two years making a total of 89 league appearances. During his time with The Millers, Law played alongside Imps captain Lee Frecklington.

Law moved to Scotland in 2011 when he signed for Scottish Premier League side Motherwell. The midfielder made 76 league appearances in the space of two seasons with the club.

It wasn’t until 2013 when he got his hands on his first piece of silverware after signing for Scottish giants Rangers. 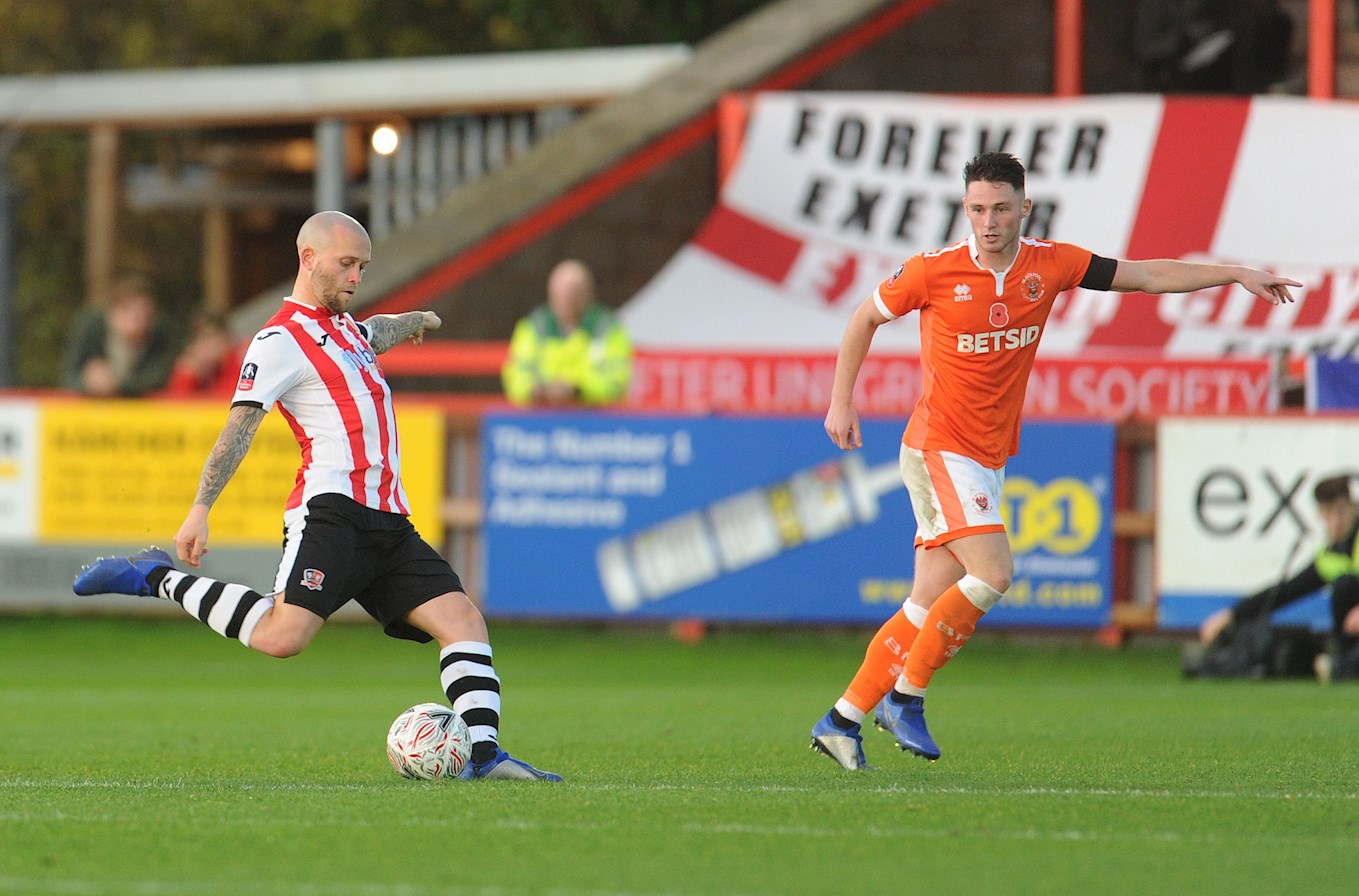 Law re-signed for Bradford in June 2016. He scored four league goals in his first season with the Bantams before he was released at the end of the 2017/18 season.

The 30-year-old who has previously represented England at youth level has made 33 appearances for Exeter this season and scored a total of seven goals in the process.