Danny Cowley has described his youngsters' loan moves away from Sincil Bank as "really important to their development" as Ellis Chapman and Jordan Adebayo-Smith settle into their loan spells at Chesterfield and Grantham Town respectively.

Ellis and Jordan have both made two starts since their arrivals with the Spireites and the Gingerbreads, and making an immediate impact.

Jordan scored two on his debut as Grantham defeated South Shields, while Ellis has secured back-to-back victories with Chesterfield since his arrival.

The Imps' boss explained the initial reasoning behind sending them away from Sincil Bank, but how their progress will constantly be monitored.

"Ellis has already played 10 first team games for us this season and we hope that he gets another 15 games under his belt between now and the end of the season," Danny said.

Adebayo-Smith made his debut in the Checkatrade Trophy penalty shootout defeat at Accrington Stanley, but has starred for the Youth Team throughout the season following his arrival at the Bank in the summer.

"Jordan has made outstanding progress in his first year at the club," he added.

"He has literally come off the streets, having been at a Sixth Form and not attached to any professional club prior to coming to us, with very little coaching or playing experience. Great credit to Tom Shaw and Marc Tracy, who were able to bring him to the Club in the summer." 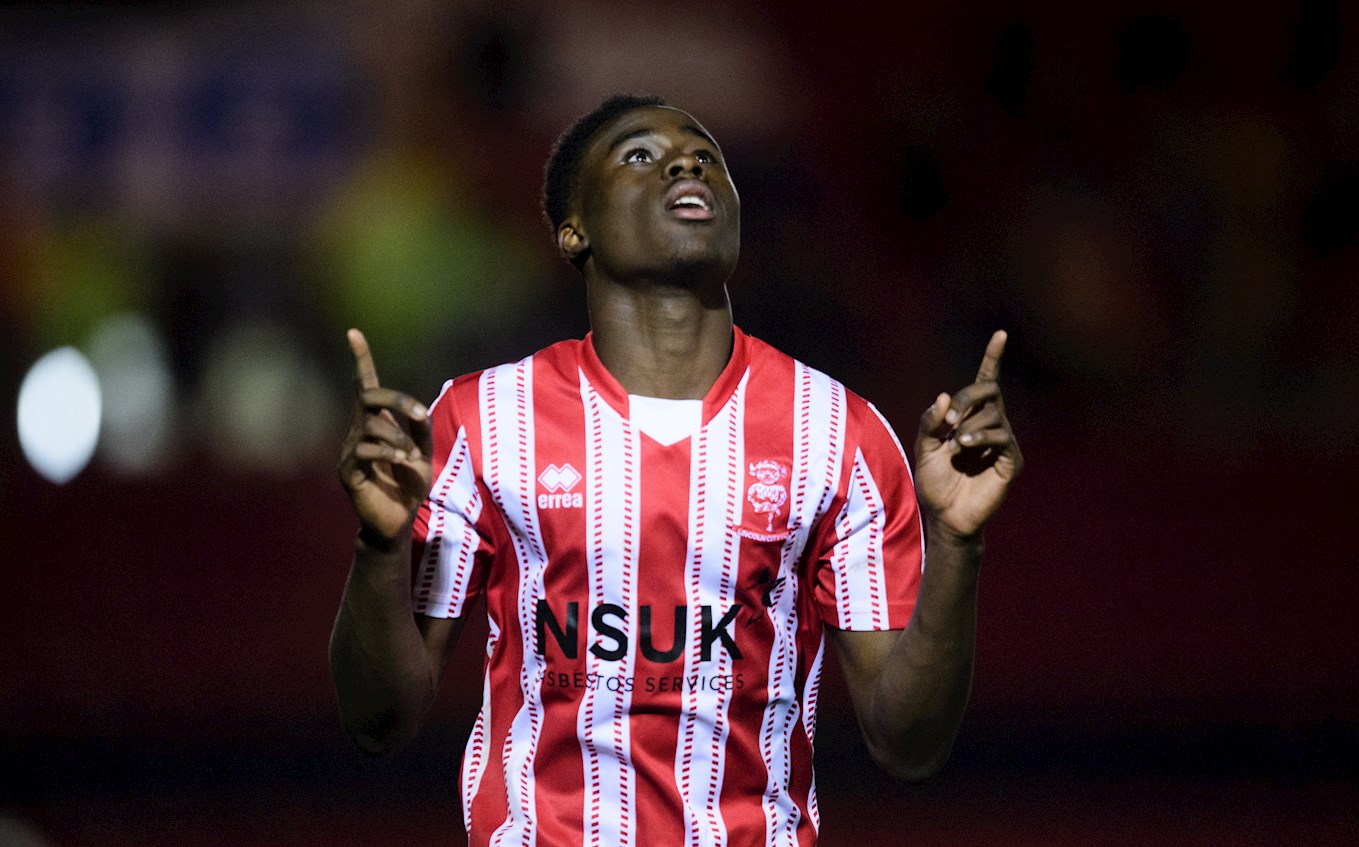 Danny also explained how the age gap from Jordan to other scholars in his age group didn't deter the club from offering him a deal in 2018.

"We made the decision to sign him, despite Jordan being a year older than the age to normally start a scholarship due to his huge potential, and that decision has definitely been vindicated," he said.

"He has unbelievable athletic qualities and is improving technically and tactically every day. He has scored goals consistently for the youth team and to play first team football, in this moment at Step 3, is the next stage in his development."

The decision to loan young players out isn't one that is decided instantly, and there is a process involving other members of the Academy and First Team staff, who helped decide the best location for the youngsters.

"We work hard to source the right options for our young players, and this process involves senior staff within the first team and Academy, overseen by Jez, with Dean West being responsible for the monitoring of their progress and dialogue with the clubs, both in setting up these opportunities and then ensuring that all parties benefit from the arrangement," Danny said.

"We also watch their games as much as possible so we can see their progress with our own eyes."

Despite being "away" from Sincil Bank, Danny reiterated how closely the loanees will be kept to the Lincoln City family, and how their progress is extensively monitored each game.

"Marc was at Chesterfield last Saturday, Dean watched Ellis on Saturday and Jez next Saturday.  Dean was also at Grantham last Tuesday," he added.

"They are important to us and continue to train at the start of every week with us, so they remain totally under our care despite playing their football away from Lincoln." 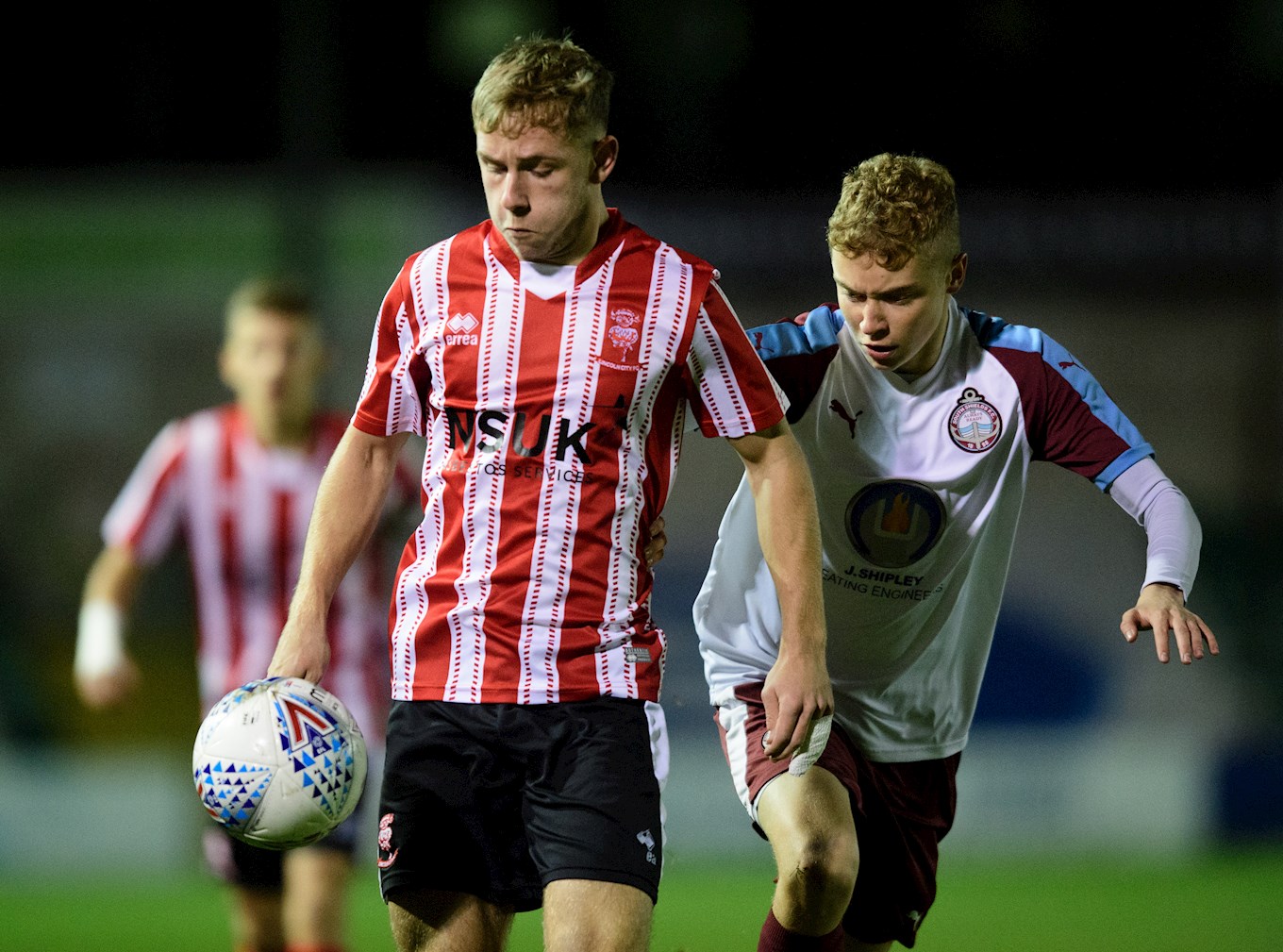 Ellis and Jordan aren't the only youngsters out on loan, with Tim Akinola at Lincoln United amongst a list of Academy players out on loan in the Non-League, as Danny explains.

"We also have an ever increasing number of our second year scholars on work experience at clubs, with each providing the appropriate challenge for each individual.

"It is our job to look after the future of all our scholars, not just the one who has played in the first team, like Ellis Chapman, so that we can signpost everyone to the right level of football and provide every individual with the right opportunities.

"Obviously, this cannot always be within Lincoln City FC, but that does not mean they do not remain part of the Lincoln City family."